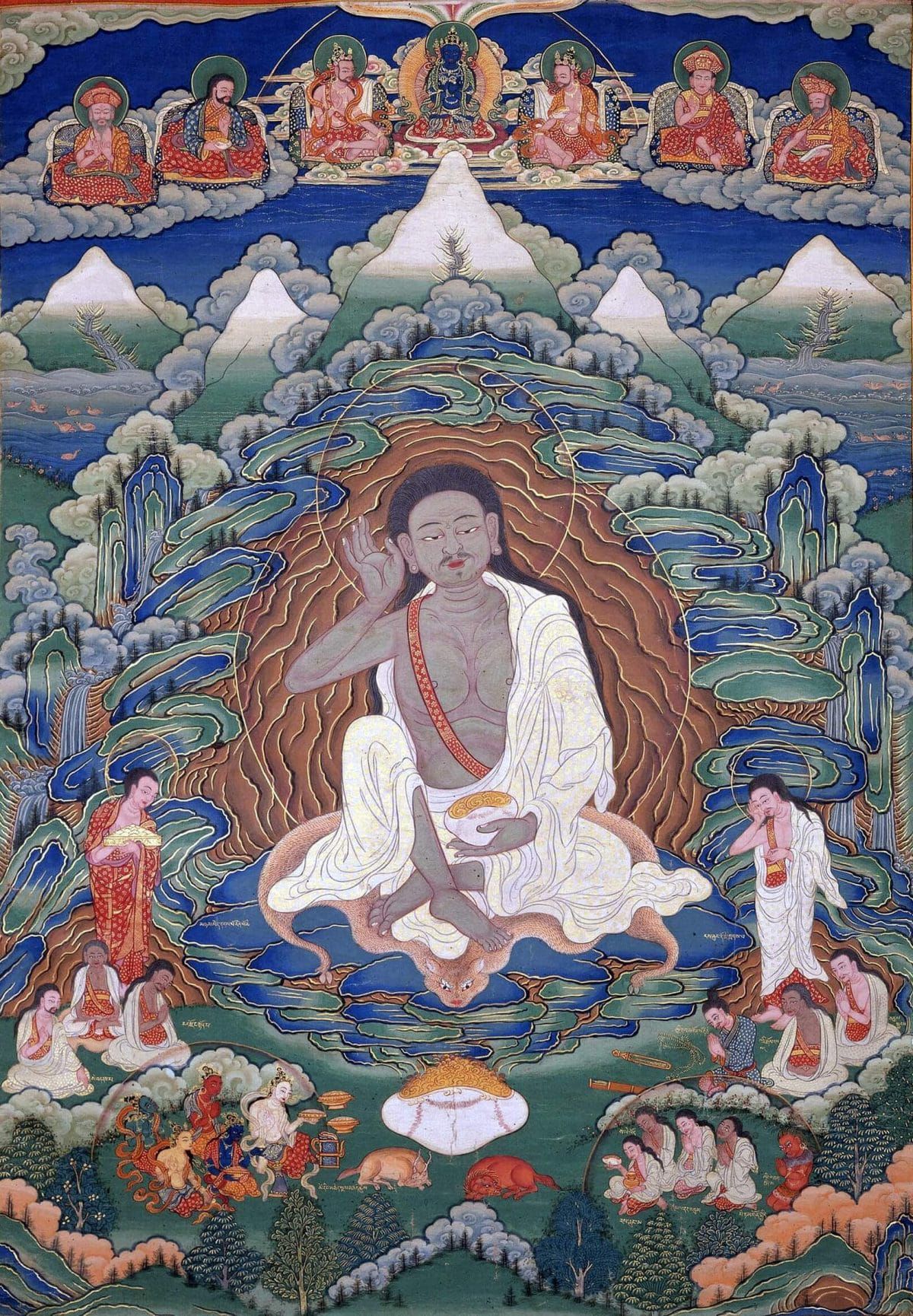 Milarepa, a very famous name in Tibetian schools. Also he is the person who is said to be climbed up the Kailash mountain. He was a murderer in his past life and then transformation happened. He became a self-realized yogi. His core teachings effected whole Tibet. Let us see his story 😁.

Milarepa’s father was a wealthy man of Tibet. He had a young sister also. After some time when Milarepa was a child, his father died. And then Milarepa’s uncle and auntie took over the wealth. Here start the story.

Uncle and auntie treated the whole family as slaves. They abused then in many ways, made them to do all manial work. So Milarepa was brought up with the feeling of anger within him. He wanted to take revenge.

When Milarepa became adolescent, he left his home. He went to the mountains and do very intensive sadhana of tantra. He mastered many processes of tantra. Now he was ready to take revenge.

He came back to his town. He found out that his mother and sister died before. So he felt more angry. He planned everything. The day came and it was Milarepa’s uncle’s son wedding day. All people gathered and celebrating. Then Milarepa misused his occult powers and put the house on fire. Finally he had taken his revenge. He felt fulfillment. Days were passing and Milarepa can’t sit peacefully. Something deep in him was disturbed. He knew why he was feeling that. So he realized that he had misused his life and again felt grief. So now he wanted to be free in this life. He didn’t wanted to trap in the infinite cycle of birth and death. So he started searching for master who can help him.

Could he find his master? Could he be free in this life? We will see in next blog.

Know How to Blow the Conch?
The Ups and Down of the Journey