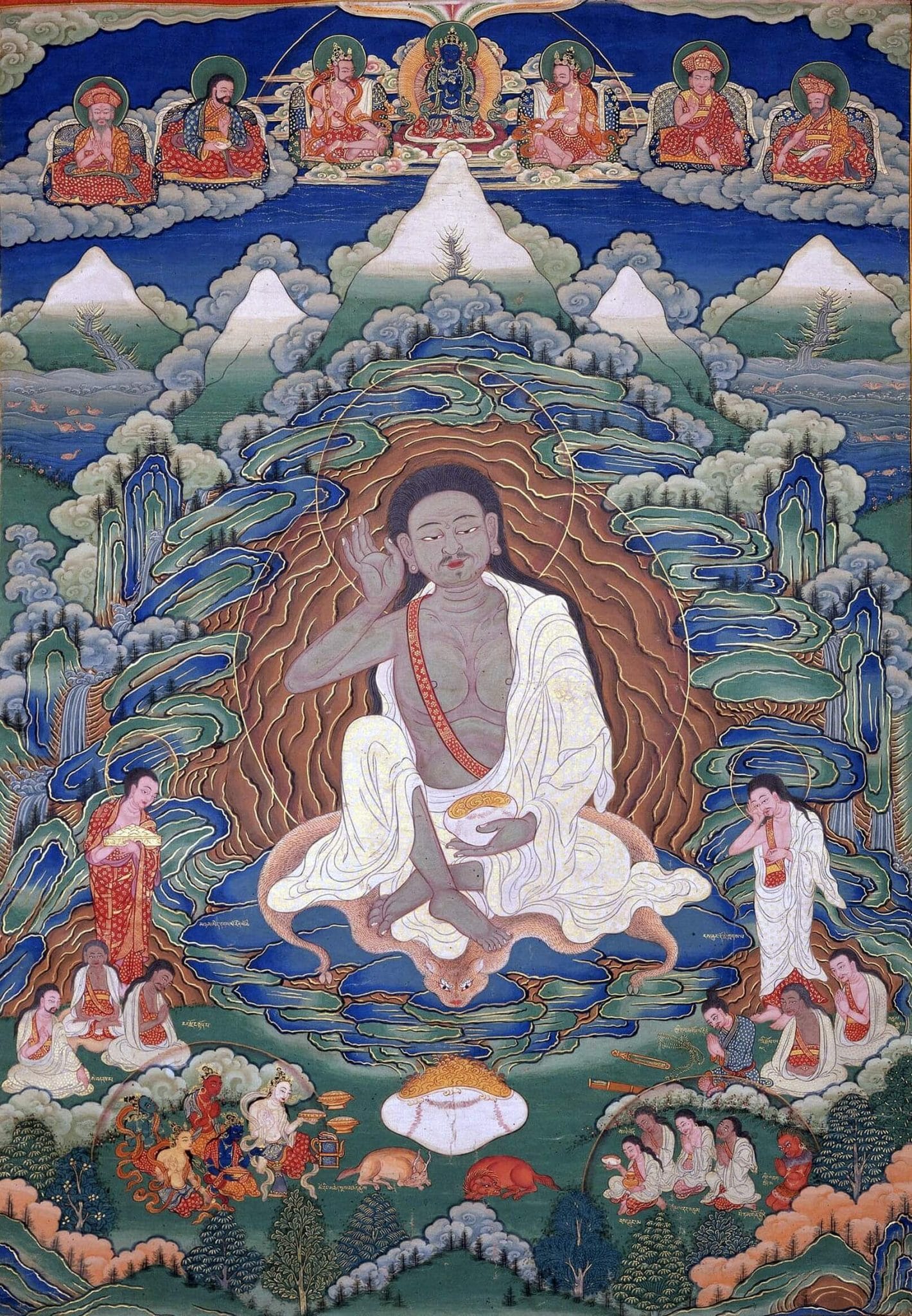 Hello everyone, hope you enjoyed the last part 😊.

We have seen that after commiting murders, milarepa wanted to transform. So he started searching for a master who can help him. He searched everywhere but he couldn’t find the perfect one. Then someone told him that a master named Marpa can help him. So he visited the town where Marpa stayed. In the town, he came to know that Marpa was known as the Translator because he translated many Indian tantrik texts in to the Tibetian language. He saw some children were playing, so he asked them about Marpa. One of the children took him to the field where Marpa was working. He told Marpa about his intention. But Marpa said first plough my Field then we will talk. So he ploughed the field and visited the Marpa’s home.

After that conversation, Milarepa went to çollect food for him. Wandering many places for food, he collected a big bag of grains. Then he returned to Marpa’s place, and just put the bag with boomm. Marpa was sitting inside a room, came out and told Milarepa that u did this wrong. U should not put this bag like that. Marpa said sorry I can’t give you any teaching. Milarepa begged Marpa but he was stubborn. So Milarepa stayed there and do some field work. 8 years passed doing all this. Then suddenly one day after completing work he went into a room where Marpa was sitting with his disciples. Marpa observed him and thrashed him out of the room. This happened many times. Many students were getting initiation and teachings but Milarepa didn’t get anything. One time Milarepa told the wife of Marpa to help him. He said please tell Marpa to give me something a single teaching. My life is going and I’m sitting here for many times please do something. Marpa’s wife had empathy for him. He told Marpa to help him.

Then Marpa was ready, but he said that Milarepa had to build 1 cornered house for my children single handedly. Milarepa built that home, but Marpa said that was not ok. Milarepa had to build 3 cornered home. Then again after sometime, he said no build 5 cornered home. This went on for another 13 years. After that Marpa said ok now you are ready, come with me. Then Marpa gave a teaching and a mediation practice to him. After just little time, when Marpa was mediating, he had vision of Dakini, who told him that Marpa didn’t teach you a method which he himself don’t know. Learn that method.

Then Milarepa narrated this incident to Marpa. Marpa said what I knew I’ve taught you. Then Marpa and Milarepa went to the Indian guru of Marpa. Then that Indian guru taught Milarepa that one method. After practicing that method for some times, Milarepa finally became enlightened. He became Marpa’s guru.

Your success will be decided on one thing, how you badly want that. If you really want something and be still and persistent you will achieve that one day.

Always obey your guru when he told you something.

Life gives many chances to transform your self, so don’t late.


Login with Email
No Account? Create One
Lessons on This Path
Le Bouton De Rose