My experience with Devi.

Growing up, I was quite an Atheist. My family is very liberal, there are absolutely no strict customs that are followed and I was also given my freedom of beliefs. My parents didn’t try to impose anything on me.

However I found myself having an extreme amount of interest in spirituality. I remember sitting and trying to learn Bhagwad Gita shlokas and reading spiritual books ever since I was in my early teens. I used to be confused about most of the things, including which God to worship. I had understood that God is only one and it is only a form we choose, but I was always indecisive. It’s hard for me to even choose the flavour of a pastry, and this decision seemed somewhat very tough for me to make.

It was the year of 2008, when I had my first encounter with the Goddess. Usually, I liked being inside and would seldom make efforts to go out, but during 2008 Navratri, my mother forced me to go outside and visit the Pandals with my father. Reluctant as I was, but also scared, I had to go. That was the first time, I felt a huge peace and admiration seeing the Murti of the Goddess. I felt an immense amount of love.

As I started growing up, I started liking her more. Her various forms, the first one I came across was Annapurna and I really liked it and I felt this is the kind of woman I want to become, someone who nourishes and nurtures. With time, more than a deity, she started becoming my inspiration. I wanted to imbibe the qualities I saw in her. I started reading the Devi Suktam on a daily basis, and tried developing the various qualities mentioned as the forms of Devi.

I used to have vivid imaginations of Lord Shiva in my dreams and when I learnt my past life regression, and during practices I saw being a priestess in a durga temple and also once worshipping a Shivling. These things started triggering the quest of God in my mind. I started enquiring more people but I wasn’t searching for in the right direction probably. Or I wasn’t ready, as they saw the teacher appears once you’re ready.

I prayed to the Goddess that I want you to be my teacher and when I told the same to my mother, I remember her scolding me. She told me that when people do this, they start having more pain as God teaches tough lessons. I don’t know how much of it was true. But I have felt her in all the stages.

When I liked a boy, I had gone to a Devi temple and prayed and then he had left. I was furious with her, but during my times of pain, somehow someone always came to support me. I have never had to face any problem alone in my life. And I told myself it’s her who is sending people to support me. As I moved on from that boy, I felt he was also the Goddess who taught me how to love myself.

As I started reading about Mahavidyas, and I read about Matangi Maa, I saw Devi in every vendor, beggar or helpless. And I tried helping them out. I think it was Devi again doing this from me towards them. It also taught me acceptance. When I heard my competitor giving a speech in a very fluent manner, I appreciated and felt this talent, this ‘Buddhi’ again is Devi inside him and it should be appreciated. It made me understand things and accept and be more resilient.

Whenever I missed my mother, and I felt she won’t understand or I don’t want to trouble her, I imagined Devi hugging me and letting me cry on her shoulders. This was, again I felt, Devi being there for me. Whenever I am having problems in my life, I often see her in my dreams, the last time I saw her, she had a Trishul and she wore a red saree.

Sometimes I prayed badly in front of her, demanding things but I didn’t get it. Later, when I grew up, I realised it was her grace again, protecting me from what I didn’t need or deserve. I still stand confused, as to which direction to go, and which form to worship and what to choose, but again I feel, she will show me the way, when I’m ready. I remember seeing Kali Maa in dreams once and being scared, maybe I am myself not ready, full of vices and notions at the moment. But I have faith, I’ll be guided.  But for now, I want to move forward, slowly. Today I’ve written this again as to start my journey into the quest of finding her and becoming like her. 🌷 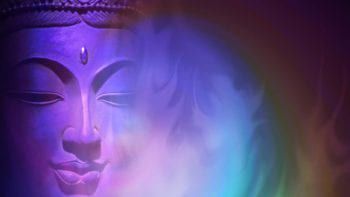