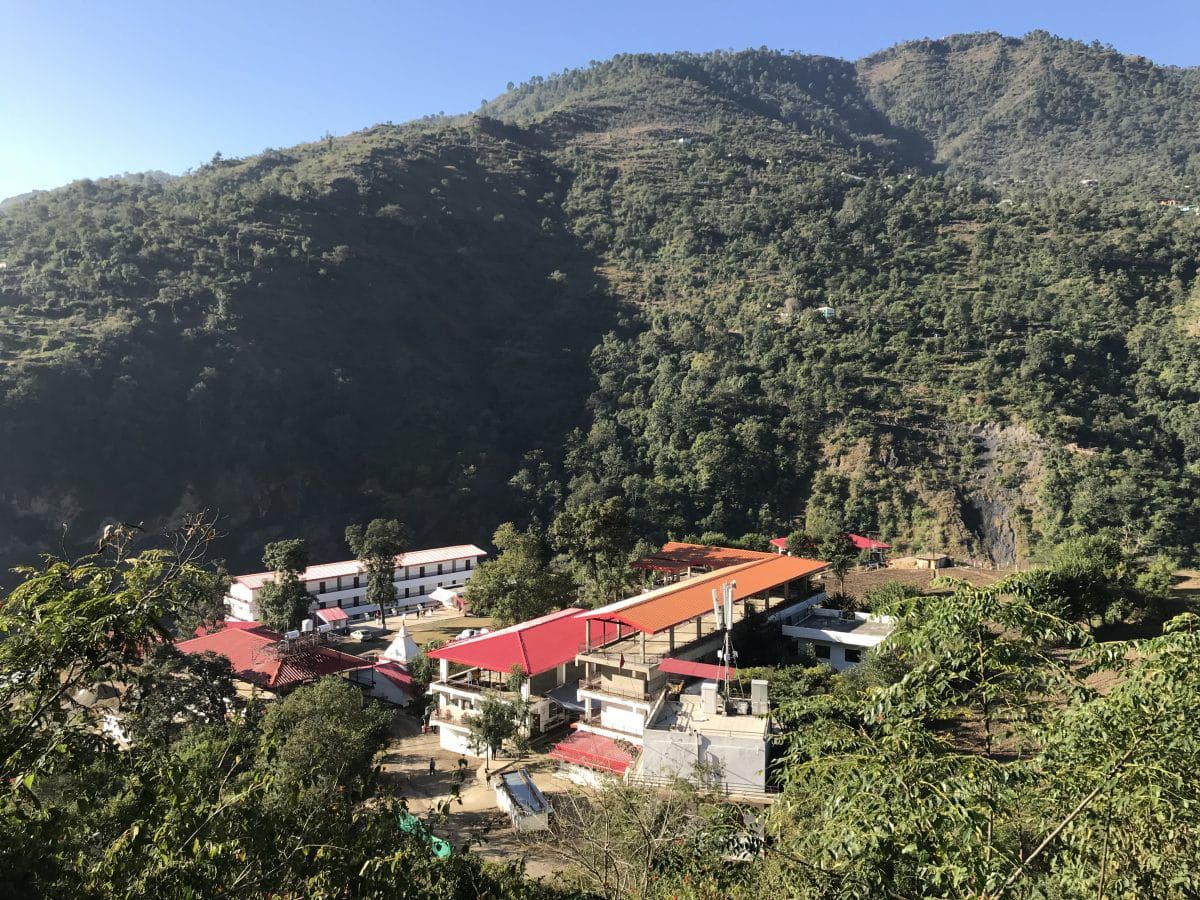 In 2018, Diwali was falling in mid-week. Therefore, in the next week offices would be closed, employees would be on leaves and friends would be busy with their families, I could have a long week for myself. To escape from air and noise pollution of Delhi NCR, I decided to spend some time in the serene lap of Himalayas. On my yogi friend’s recommendation about Tushita Meditation Center in McLeod Ganj, I clicked the buttons of my laptop to book a seat. I was surprised to found that it was full. Oh, no! I missed the golden chance to meet Dalai Lama!

Where should I go? I kept searching net for good ashrams in Himalayas assuming that Shri Badrika Ashram required at least three months prior planning and was always full. After wasting half an hour or so, I decided to check the website once, as I needed only one seat. Voila! It showed seats available as Open Ashram Event was going on. Without any further delay, I booked my seat for four days. Now, I had a platinum chance to meet Om Swamiji!

Whenever I had to travel alone, I did a lot of research, which included reading website of that destination, reviews of various persons and guides, alternative routes and then selecting the best route. I booked my train ticket from Delhi to Kalka. From there, I would take a bus to Solan, from Solan another local bus to Mariog and from Mariog I booked a taxi to riverside of the ashram. I was super excited to cross Giri River by walking. I did not explore further, as I had already visited Nauni (15 kilometers away from Shri Badrika Ashram) twice with my family before.

On Tuesday early morning, the driver dropped me to HUDA metro station of Gurugram. As planned, I took the metro reached New Delhi railway station and from there to Kalka. On getting down from train, I saw foreigners going in opposite direction of the main gate. I inquired a local vendor. He informed me about Himalyan Queen, which was ready to leave for Shimla and foreigner’s craze for toy train. I strolled a few steps with the crowd of foreigners, saw T.T. standing there. I asked him, “Is there any seat available?”

“Go to the ticket counter, get a passenger ticket. A.C. seats are all booked. Only some seats in the last compartment are empty. Hurry up!”

I did as instructed.

After 2-3 long hours, the train stopped at a station. I looked outside the windows on both side but could not see a board. One of the passengers who was standing and could not manage to get the seat shouted, “We reached Solan!”

My eyes again searched for any display board with the name of the station printed on it but I could not find any. The town looked quite big somewhat like Solan, I decided to get down with my luggage and bag. It seemed that the train had halted at outer. I was feeling guilty of not doing any research on this train route. I was confused. I slowly started moving toward the station. From my back, I heard someone, “Madam, where do you want to go?”

I turned around and found T.T. in black coat pant standing close to the door of the train and looking towards me. He repeated his question, this time a bit loudly.

“This is Dharmpur. Get back.”

As I strolled towards the train, I realized he was not a wheatish complexioned man in uniform but a dark blue male wearing golden yellow dhoti, garlands around neck and a beautiful mukat on head. He was smiling nonstop for stopping me going in the wrong direction as usual.

As I climbed the stairs, I was surprised to found a danav with two huge horns on his head, munching peanuts and enjoying Bollywood song ‘Chikani Chamali’ occupying my seat who had earlier screamed, “We reached Solan!”