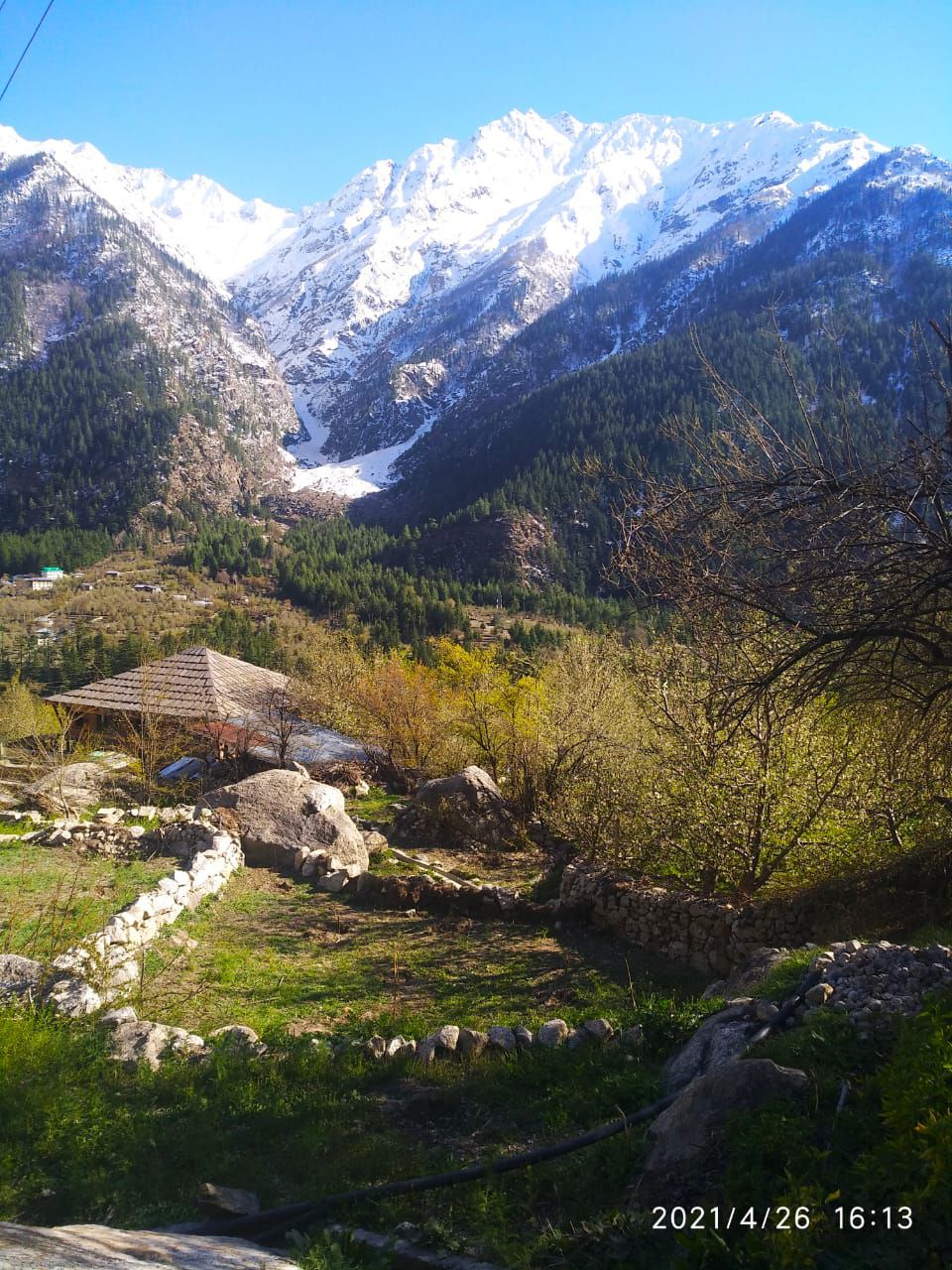 My Journey with the Tribals.

Basking in your divine love my Gurudev, thank you..

As I sit and stare at the magnificent snow clad Kinner Kailash (know to be the winter home of none other than the great Lord Shiva) I wonder how I got so lucky to even be able to come here to Sangla valley, year after year and take in the beauty of this landscape and the many secrets it holds.

There are surely I believe many different types of beings that live here that we cannot perceive. My mom in law, a tribal from Kinnaur, tells me stories of a time when her kids were still young and there were kuccha roads, no electricity and they didn’t even have a clock in their home! One such story was about the Khorshuna! She remembers how she and the kids used to be all sitting around a fireplace in their kitchen and usually during the beginning of winter they would hear a rhythmic humming sound. And they would know it’s the khorshuna.

The khorshuna were super tall beings who had carried a  lamp on their heads and they would walk in a line one behind the other far away from any human settlement. They would make rhythmic humming sounds and would almost be guiding each other until they disappeared into the mountains.

The Baspa river flows through Sangla valley and the villagers would see them across the river 2 to 3 times a year always after sunset.

And the villagers who are tribes themselves never tried to go near them. They clearly respected each others boundaries and left each other alone.

No unnecessary curiosity, no coming in the way of one another.

I had so many questions and my Amma, as she is called by almost everyone, said that’s all she knew, that they made a rhythmic humming sound, and they were taller than anyone she’s seen and they walked only in the dark and never came near any human settlement.

She remembers that they stopped seeing them as the tribals started building a settlement across the river. Their sightings became very less and one fine day just stopped.

As I come here and live with my tribal family year after year, (And mind you they are quite modern tribals but are deeply rooted in their culture) I realise that they have such simple lives.

Ofcourse there’s gossiping and dislike and the whole gamut of human tendencies but at the end of the day they lead way way simpler lives than city folk like me.

Simpler, slower, way way slower and happier. Because of their geographical location they have seen what the natural elements can do. The have seen avalanches, landslides and all. This has brought about a beautiful quality of surrender in them. Their faith in their local deity who they communicate with, is strong. They don’t fight life. They simply accept it as the will of the divine.

More another time.. This is my first post. With the help of our Guru’s divinity which I feel all the time, I was able to write this sitting here in the midst of this mysterious land.

When I Decided to Retire at 30…
Accommodate Me….. PLEASE