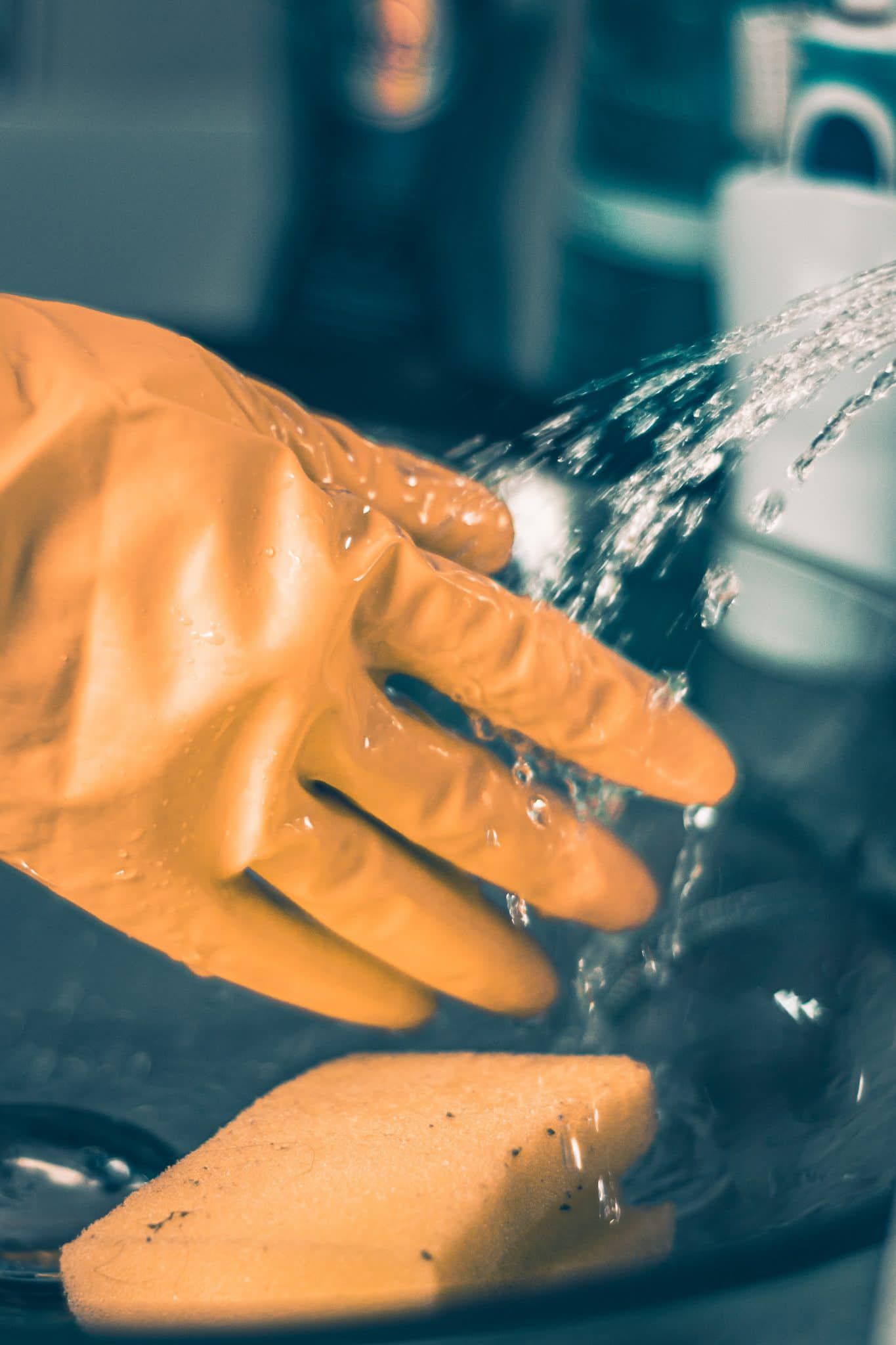 My boundaries? Very weak. I have a hard time saying ‘no’ to people – something many of us are intimately familiar with, I’m sure.

Why can’t I say no? Because I want to please people.

Why do I want to please them? Because I want them to like me.

Why do I want them to like me? Because I want to feel valued.

Why do I want to feel valued? Because I want to know I matter.

Why do I want to know I matter? Because if I didn’t, my ego would be destroyed.

If the ego was destroyed? Bhagvan would appear.

And I’m not ready.

This is one of my favourite games to play with myself – Why? Ask yourself ‘why’ enough times and the truth will come spilling out on its own, past all the barricades and barriers we have worked very, very hard to erect because people mustn’t see the “real” us, vulnerable, emotional, uncertain and scared, failing to realize that all these states are much the same as happiness – transient because it is all dependent on people and situations.

So, I say ‘yes’. Constantly, consistently, despite knowing I mustn’t, despite concern from well-meaning people that I stretch myself too thin and work too much, despite knowing that only I can make myself live a balanced life.

Even as I write this, my mind feels muddled and confused – what should I be saying about boundaries? How should I be phrasing it?

And this confusion itself gives me the answer. Confusion about communicating something arises when we want to portray something apart from what already is. I want to sound more evolved and sorted out than I actually am. I want to say that I have figured out how to put down boundaries and I know what it is to live as a strong, centered, self-assured human being.

But if we were to state facts as they were, where would space be for confusion?

The truth is, I am not self-assured. I dither over being firm with people, I hesitate to speak sternly and I despise hurting someone with my words.

In the process, I hurt myself.

A few months ago, I was given the seva of Housekeeping at the ashram. Being firm with boys barely out of their teens is a huge challenge when I’m just a few years older than them. My vibe just doesn’t say ‘HoD’.

And it’s something I refused to accept, initially. Head of Department? Manager? Such big words for such a small person – figuratively. (Literally, I’m fairly tall 😊) I resisted these titles because they had never appealed to me – it was too corporate, too worldly, too materialistic, too everything.

Which is exactly why Bhagvan thrust me into the position – because can you ever truly be detached from something you haven’t experienced?

I spent the first couple of weeks figuring my way into the work – what did Housekeeping at the ashram entail? Resident rooms, ashram rooms, common spaces, outer areas.

And for the first few weeks, it was simple. My only challenge was increased communication with people because cleaning spaces requires a lot of coordination. From looking after plants and trees with a small team of three, I transitioned into looking after large rooms with loud college boys and louder conversations.

My days began revolving around the cleanliness of corridors, the speck of dust left behind on a tile, the buffing of mirrors, the gloss on a marble slab, and discussions.

Mix baking soda, vinegar and dishwashing liquid to get rid of water marks on shower glass. “Yeh kya alcohol jaisa smell aa raha hai? Room freshener maaro.” And we’d frantically spray lemon-scented freshener into all corners of the bathroom to get rid of the vinegar smell.

Mix baking soda, vinegar and water to create a natural cleaning spray and use it on surfaces. “Arre, yeh toh 7-Up ban gaya! Hatto, hatto!” Much like a science experiment, too much baking soda caused the whole mixture to come fizzing out. We ended up borrowing essential oils from the unfortunate resident whose room it was, to mask the smell.

Watch one of the boys stand on a balcony railing on the second floor as he worked to remove cobwebs from the ceiling – no support, no ladder, just him up his tippy toes and a twenty-five-foot drop behind him. “Tension na lo, ma’am, hum toh pahaad ke bandhe hain. Bakri toh humse seekte hain.”

The situations were many, the techniques myriad.

A few weeks in, the novelty of having a new head and a new routine of work began to wear off and the same issues with the boys began to creep back in – tardiness, sloppiness, taking work too lightly.

How was I to deal with this now?

“Arre, bohot tension karte hain aap, hum kar lenge,” they would say as they waltzed into the library, a full 30 minutes after their schedule had begun. Standing there in a t-shirt and loose pants, helping them out with their work, I was no different from them.

And that was the first problem. To effectively manage a team, some amount of “othering” is required.

I learnt that the hard way.

Things came to a head when an entire morning’s schedule was done hours later than it should have been – the library was completed two hours behind schedule, a corridor wash was done an hour and a half behind schedule, an ashram room was not done at all.

I was hesitant to lay down the law firm and because of that, my words were no longer being taken seriously. Beyond that, the work of the ashram was suffering.

I called for a meeting and in the two hours before the meeting, I had only one prayer. “Swamiji, please help me be firm.”

The prayer seemed so ludicrous that I couldn’t help laughing – here I was, praying for the strength to act angry.

It ran deeper, however; what I was really praying for was the strength to be detached yet compassionate, loving yet firm, kind yet stern. I was praying for the ultimate balance.

Clearly, it wasn’t present in me naturally. So, I ran to the library, looking for books on leadership. On a fellow resident’s recommendation, Stephen Covey’s The 7 Habits of Highly Effective People was first on the list. It had lain around our house for years when I was growing up and I had scoffed at it. I was already effective and brilliant – what did I need seven habits for?

But Bhagvan was serving me humble pie now and I’d do well to eat it quietly.

The next on the list was Dare to Lead by Brene Brown. I also eagerly pulled out Robin Sharma’s The 5:00 AM Club (because all successful people wake up early, duh) and Dale Carnegie’s How to Enjoy Your Life and Your Job (because all my job was giving me was a headache from the Lizol fumes and the noisy boys) before returning them – reading four books at a time wasn’t really going to help me.

And so, that’s where I am now – Stephen Covey and Brene Brown reside happily on my bedside table while every day, I work towards forming a leadership style that straddles the best of both worlds.

I’m grateful that for all the issues I’ve grumbled about, the team of boys who work in Housekeeping are wonderful – they are committed and sincere and above all, honest. They work with dedication and devotion and that makes everything so much simpler.

And when it all gets a little too frustrating, I remind myself that this is karma – I gave all my supervisors headaches when I worked, with my rebellion to authority and my certainty that I was smarter than all the world. It’s only fair that I reap what I sowed 😊

Because my inability to lay down the law firmly stems from my lack of boundaries. If I can’t say ‘no’ for myself, how will I ever say ‘no’ to someone who needs it?

I had hoped to cure their tardiness with love but the conditioned mind needs a long time to get work done on love alone. So, gritting my teeth, in the meeting, I put a couple of the boys on probation.

Over the next week, the quality of work went up drastically – the fear of getting fired does strange things.

It has been my observation that women and Indian women, in particular, find it much harder to put themselves first and say ‘no’. We are conditioned to put others first and serve everyone else, look after everyone else before looking after ourselves.

We put ourselves last.

I learnt that the hard way too.

Because when Bhagvan sends lessons, it doesn’t just drizzle – it pours.

We can either get drenched and drown or pull out an umbrella and play in the rain.

I’ll play. And when I finally figure out how to set boundaries firmly and lovingly, I’ll be sure to write about it 😊

92 comments on this post. Please login to view member comments and participate in the discussion.