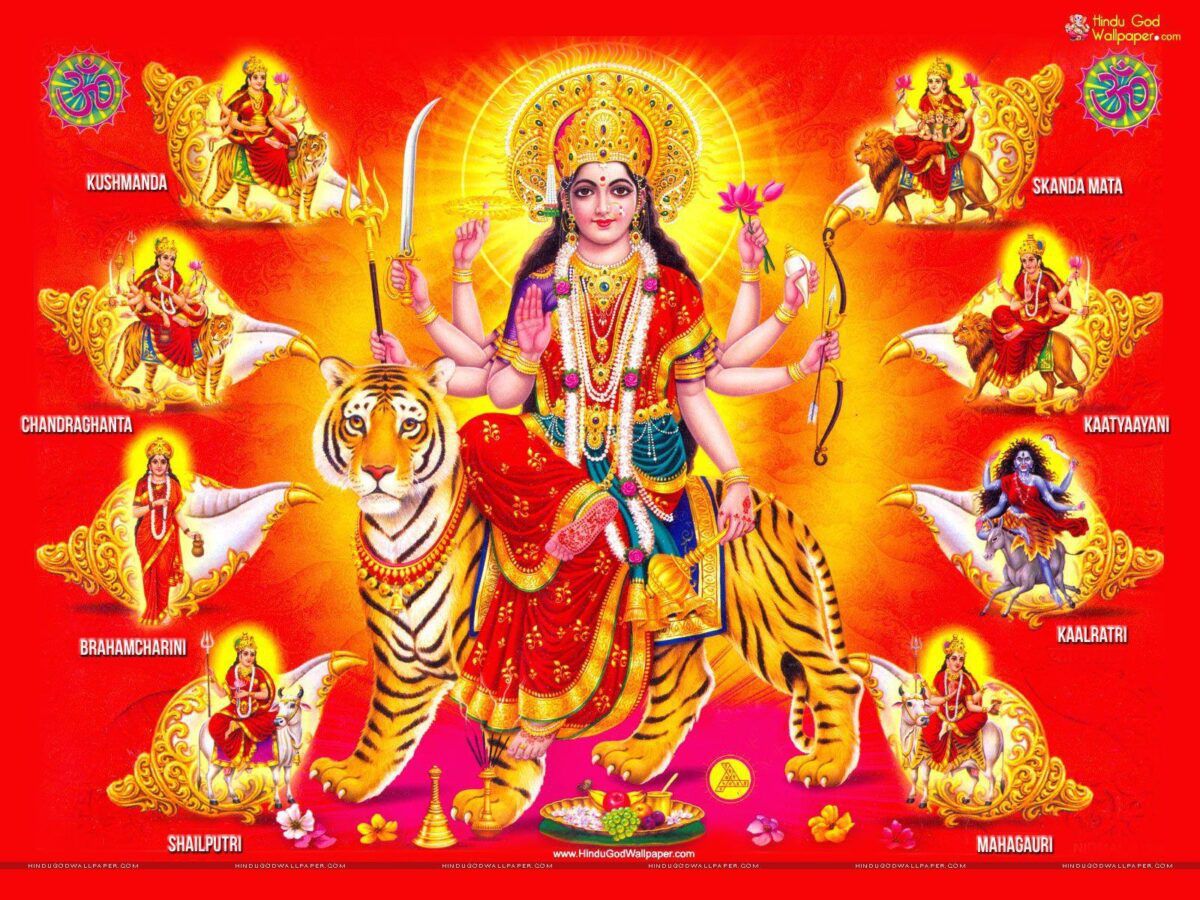 The nine stages of Devi…

Chanting of the Devi Kavacham is an integral part of Navaratri. Listed in that divine chant from the Devi Mahātmyam or Durga Sapthashati are the nine facets of Devi. There is a beautiful connection between the Nava Durga forms and the Kundalini Chakras in our bodies. Below are the nine forms along with their esoteric meaning: 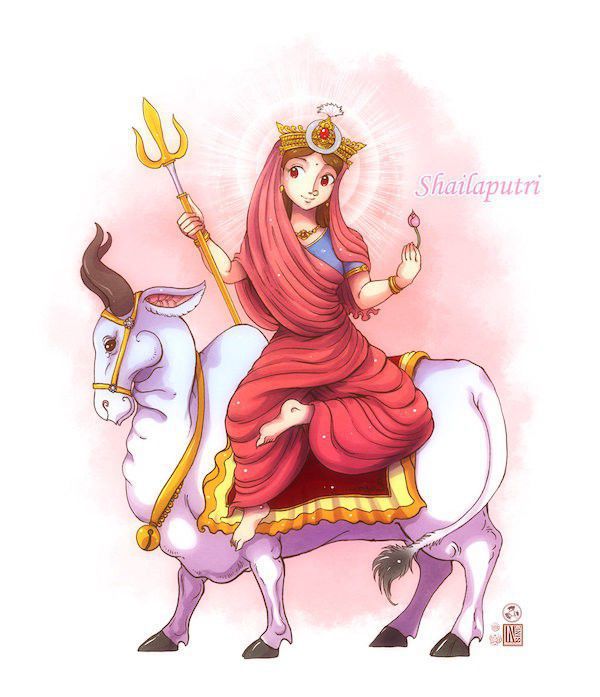 Mother Sati immolated herself in a ceremony organized by her father, Prajapati Daksha. The entire world, including Lord Shiva, was devastated by that occurrence. Lord Shiva’s son was destined to kill the troublesome Taraka-Asura. Now, with his wife gone, Lord Shiva was listless.

She’s the daughter (putrī) of King Himavan and Queen Mainavati, who ruled over a mountainous (śaila) region. 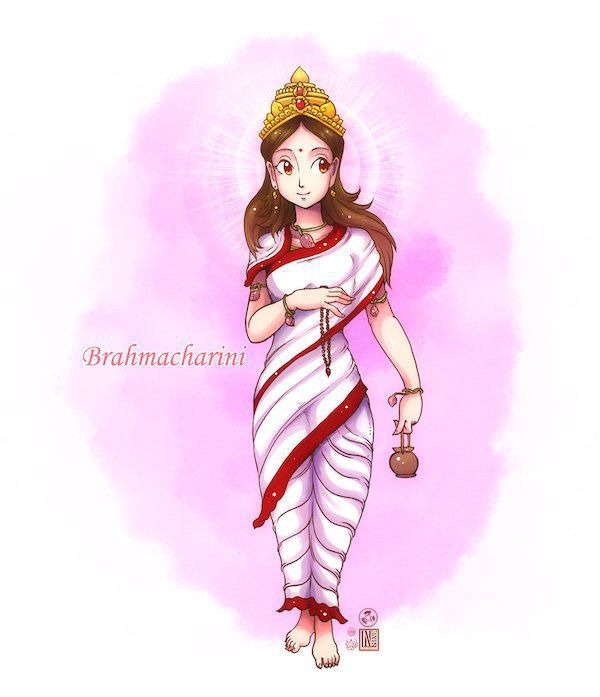 To fulfill her call to marry Lord Shiva, Devi went away to the caves of the Himalayan region. There she performed severe austerities with the sole purpose of unification with her Lord.

To marry Shiva, Devi observed Brahmacharya, the practice of pristine conduct. Hence, she is known as Brahmachāriṇī. 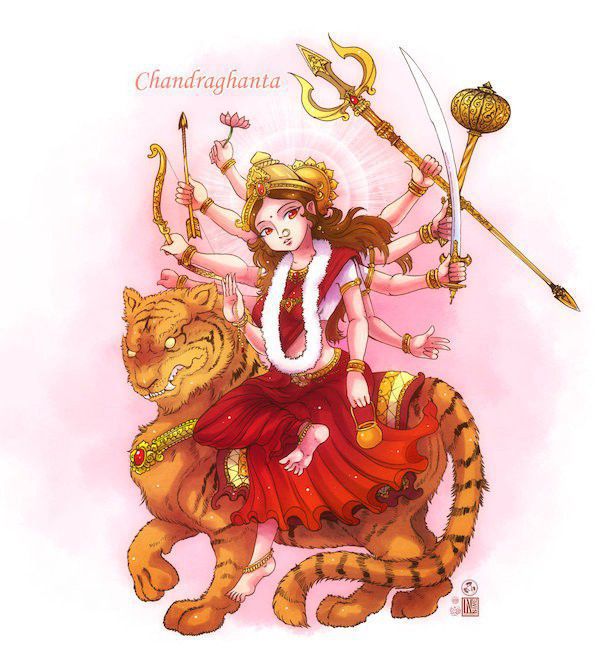 Parvati had obtained Shiva’s consent for their marriage. Yet, the wedding stalled because her mother fainted at the mere sight of the groom, Shiva — an unkempt hermit from the jungle.

Devi requested Shiva to appear in his princely form: Chandrasekhara, one whose countenance glows softly like the moon. To encourage her beloved, Devi also dressed herself up.

Devi adorned herself as a bride with a bell (ghaṇṭā) shaped moon (chandra) on her forehead.

You can read the Next Part here: Nava Durga – Part 2

Gospel of Sri Ramakrishna
They Are Already Killed By Me…You Fight..!