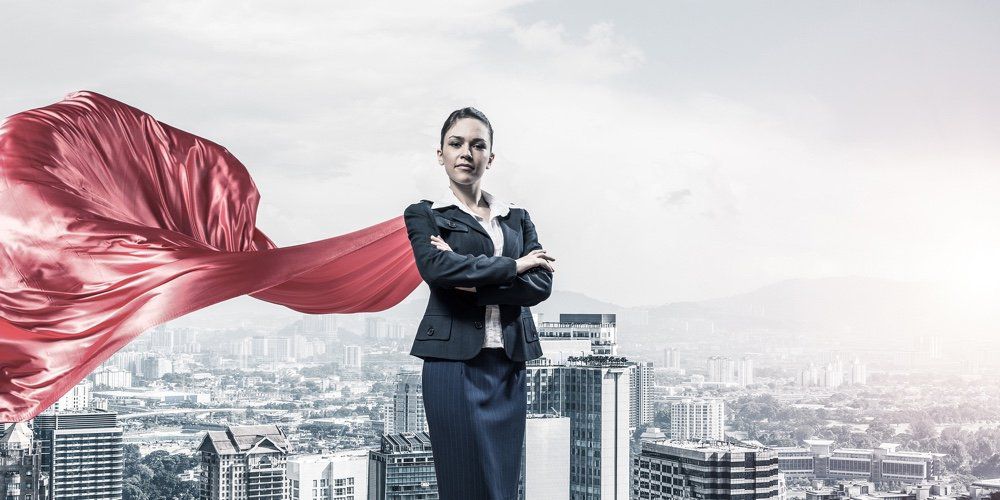 Men and their desire to explain things to women

Women are taking center stage in every facet of life. The previously male-dominated seats in academia, entrepreneurship, politics, and sports have witnessed growing participation and dominance by their female counterparts. To be sure, true gender parity still remains a far-off construct, be it in the United States, or in India, a country that contradictorily worships The Female Energy, and also ranks one of the highest in gender discrimination. Recent progress is cause cé·lè·bre but we have only just scratched the surface in rooting out gender discrimination.

In talking about gender equity, I have also realized that simply looking at numbers could yield a false positive. For instance, if female representation in senior management roles has reached historic highs, what does that truly tell us about her experience, while performing her job? Similarly, if 90% or more companies globally have at least one woman in a senior management role, does it tell us anything about company culture or the senior female executive’s lived experiences while climbing the corporate ladder?

To ascribe meaning to this data and draw an empathetic approach to what it takes for a woman to be an entrepreneur or a senior executive, I came across the concept of mansplaining. While in no measure is this complete, thinking about mansplaining could enable male counterparts to move beyond empiricism and introspect how they are experienced and perceived at the workplace, or even at home.

Derived from a combination of 2 words – man and explaining – mansplaining, as described in the New York Times (NYT) is “the act of a man’s unsolicited explaining, generally to a woman, something he thinks he knows more about than she does — occasionally at anesthetizing length — whether he knows anything or not.”

The NYT piece gives a stylized example of mansplaining to further elucidate how it plays out in real life. The article references author Rebecca Solnit’s experience at a party where the writer was having a conversation with a man whose “eyes were fixed on the fuzzy far horizon of his own authority.” The man, upon learning that Solnit’s book was about a British photographer, interrupts her, and pontificates relentlessly, on a very important book that he thinks she should read. It turns out comically that the book that he recommends was actually written by Solnit in the first place, which our man had obviously not read or bothered to find more about.

Mansplaining is a subtle – and at times, not so subtle – manifestation of the assumption that men are more competent, more knowledgeable, and more adept than women. Research shows the widespread existence of such gender biases which often play out in the small things men do: by interrupting, by not listening, and by assuming that a woman needs help.

Kim Goodwin created this excellent chart for her BBC piece that elaborates on mansplaining. It provides a ready reckoner for men to check where they stand and course correct before they proffer advice to women. 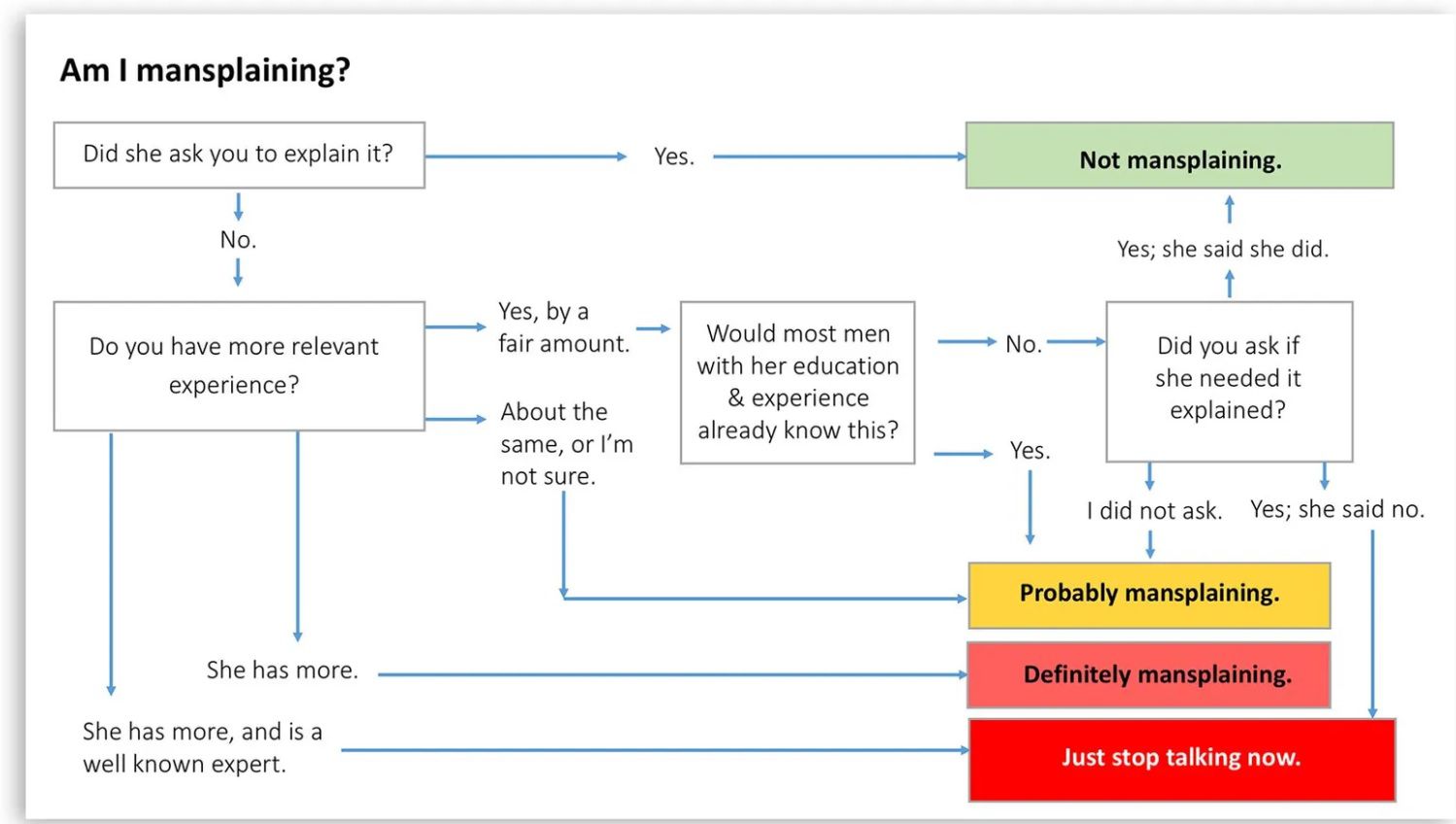 Looking at the chart above, there are only 2 scenarios when men don’t mansplain. The first is when a woman asks him for advice and help. And the second is when a man has a fair amount of relevant experience, which could be useful, and he checks with her, and she acknowledges that she needs advice and help.

What’s noticeable in both scenarios – when the woman directly asks for help, or when the man first checks with her before chiming in – is that it minimizes assumptions around competence or credibility, often the underlying cause of mansplaining.

What’s also noticeable is that everything else likely counts as mansplaining.

For The Good Men

There are several good men who feel strongly about gender equity and want to be allies for women around them. And even then, given their innate tendencies, such men might be consistently falling prey to mansplaining. What do they do?

It begins with an acknowledgment that the best way to support women is to first get out of their way.