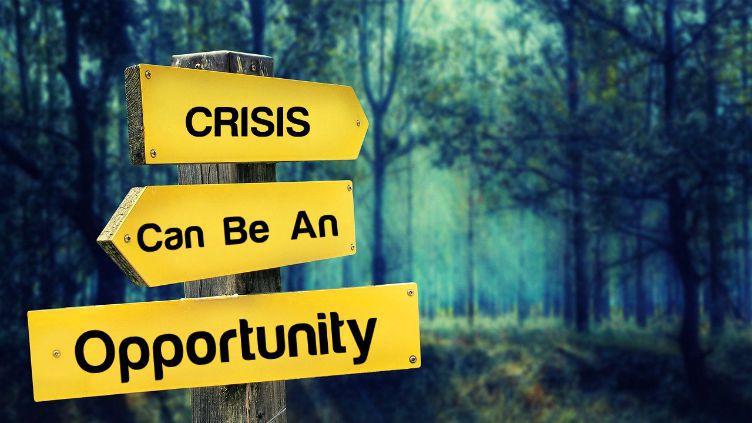 Hello, os.me family of wonderful people who have welcomed me open-heartedly with arms wide open. I am in love with the affection shown and blessings showered by every one of you. If I list out the names it will be too long. So, let me convey my gratitude to each and every member. My deep respect at Swamiji’s feet. Also, a devotional pranam to Shri Hari. I am indebted to Swamiji for his boundless grace on our family.

Today, I am writing a post in which I am going to share with all of you the positive side of the Covid-19 crisis as experienced by our family. Yes, I admit that our entire nation is now passing through a very tough phase where the medical infrastructure is not enough to take on the second wave which is also dubbed as the Indian strain.

Being a statistician, I scan for the statistical facts and after analyzing the data, all I can say is we are going through a never-before crisis. The graphs are scary with the Arrhenius type equation being followed during the recent surge. I am not going into the blame game of who are the culprits, how things spiralled out of control, etc. But my heart goes for those who are gasping for oxygen.

But as a coin has both sides, along with suffering, comes great lessons. This is particularly true in the case of our family. When last year, the nationwide lockdown was imposed, it was a first-time experience. Biswa’s office had closed. But the banks went on working.

So, I had to go to the bank every day. But I was relieved as Biswa was with Sahil at home. Those were the hot summer days of April and May, to wear mask and gloves was unbearable. I have had breathing problem since childhood due to some ENT-related issues, and wearing the mask would aggravate the problem. Sweat dripping, uncomfortable feeling, a lack of Air conditioner — I was suffocating. But I was mentally OK that Sahil was being taken care of. All the daycare facilities were closed.

All hell broke loose when Biswa’s office opened May-end. No legislator nor any bureaucrat neither the government thought about the problem faced by parents with young kids, who were both required to go to work now. We both have a job that is not working from home type. Biswa needs to go to the lab and I need to go to the bank. But thanks to Covid, no daycare facilities!

We were very much in a dilemma over Sahil’s situation; inviting any in-laws was ruled out owing to the prevailing situation. We were completely on our own. An eight-year-old kid is not old enough to stay at home alone from 10:00am to 5:00pm. What to do? I started crying. Sahil had his own share of fears. In a big duplex house, how could he stay alone for such a long duration? How safe could he be? But one relief was we took the villa in a gated community. I am really grateful to god for the same.

Then started the saga of Sahil’s Home Alone series. He cried miserably on day one. We instructed him to close the door. If anybody were to ring the bell, he was instructed to check out from the door viewer to identify the visitor. An array of instructions to such a tender-aged kid was handed out.

Sometimes I felt ashamed and cried bitterly. What is the meaning of my job when I am not able to take care of my only child… Biswa was also not OK. He was more concerned about Sahil as he loves him crazily. (This was one of the reasons Biswa entered the low phase). He could not concentrate on work and was bogged down by Sahil staying alone at home.

Sahil was afraid to even go to the bathroom. He used to call me and while talking to me he used to go to the bathroom. I would keep his food on a plate and put it on the teapoy, covering it with another plate. He used to sit in the living area close to the main door and confined himself to the 100-square-feet area near that as he was afraid to venture deeper. We wondered what was the use of the 2200-square-feet house we purchased. It was turning out to be meaningless for us.

The next week, he said that he was feeling isolated within the closed doors. He wanted to open the main door. We were perplexed. An open door, an 8-year-old kid, how safe would he be? But we had no other option. We told him to hook the mosquito door from inside and keep the wooden main door open. He did.

I used to video call him in between when I could find time from my schedule. The trend is still continuing. Being the head cashier who deals with cash meant doing this parallel task was an uphill task. I think all of you can understand the extreme pressure which I have been taking for the last one and half years.

A cat, who Sahil named Kitty, regularly came and slept in front of our main door. As if the animal was assuring him that it was there and he had nothing to be afraid of. Sahil used to feed the cat, fish, milk, chicken, etc. Due to the calmness and greenery of our house (credit goes to Biswa for maintaining the plants), a lot of birds visited continuously. Their chirping was a great relief for Sahil.

After his online classes, he used to watch them happily bathing in the birdbath. The hummingbird used to come very close yet maintaining a safe distance from Kitty 😉.

But power cuts are still his Achille’s heel. Anyway, Biswa has eased it to some extent by installing an inverter and an uninterrupted battery-backed Wi-Fi internet connection 😉. One thing I must mention here that I tested positive for Covid in July 2020. The courage and commitment showed by both Biswa and Sahil at that time is commendable. I am again grateful to God that I recovered from Covid at home without any major symptoms.

Thus, days passed by. His pleading cries at night, begging at least one of us to take leave from work, slowly faded. The cries were really heart-wrenching. Now Sahil is far more mature. He is very alert. In fact one day, he even received the gas cylinder and paid the amount to the vendor. Now if any online shopping goes wrong and we need to return or exchange the same, we just toss it to him, and he does it perfectly.

He has become more responsible. He has started utilizing his time in creative ways like painting, keyboard practising and watching good movies. He has matured beyond his age. Now he understands his responsibilities. His anger has come down. He has started being more organized. Now he fearlessly explores the ground floor of our house. Even if his friends called him to play with them (when Covid cases had reduced), he did not leave the house until one of us was back.

The tears, the pain, the agony, all are converted into a fantastic transformation. Now he no longer depends on a daycare facility. This was a blessing in disguise. What can we term it except for atmanirbharta? 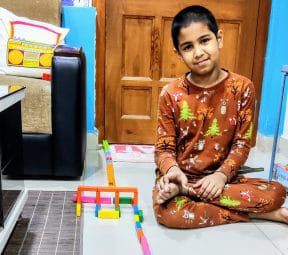 PS: My prayer for the speedy recovery of all those affected by Covid grip and early improvement of the situation all over India.

A Physics enthusiast, nature lover, photographer, a researcher, a seeker getting anchored by super strong & graceful Swamiji. Being a good human is my Sadhana. I want to remain a student till I die..