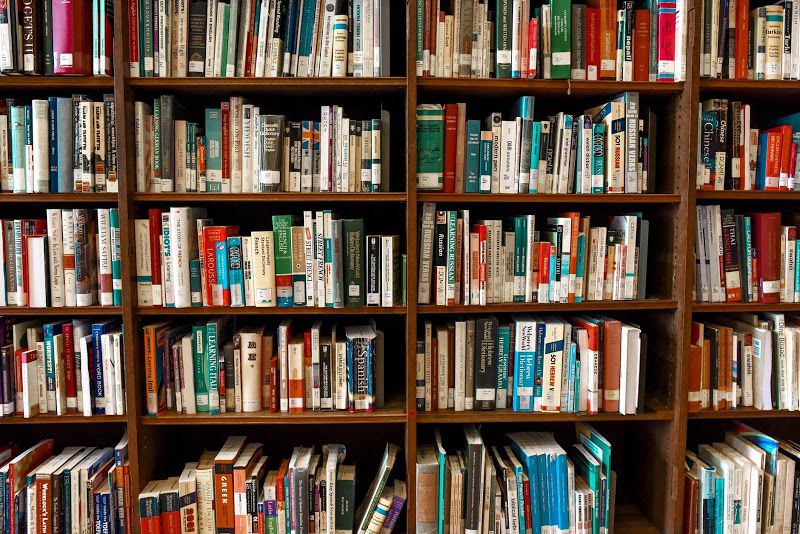 The Power of Kindness

The bookseller helped write the kindest story of 2019 for me

Year 2019 will go down as one of the momentous years in my life. It was a year when I did something that will take a long time for me to better, in terms of KINDNESS.

It was the last week of December, when I finished the totally awesome book by Adam Grant, Give and Take. I was so enamoured by the whole concept of giving that I decided to do something different, something magical, to proclaim myself as a ‘giver’. That’s when the idea of ‘50 Acts of Kindness’ originated. That was my resolution for 2019. I was very clear, it had to be random, it had to be ‘hatke‘ far from obvious. And I failed in triumph. I fell drastically short in quantity and overachieved in quality. I ended up with 26 acts at the end, but each one of them was something that I will cherish for a long, long time.

So this one, was act 9, my biggest ever act of kindness.

It was an unusually warm weekend in March 2019 at the Jharsa Chowk traffic signal in Gurgaon. Almost approaching noon, I was keen to get home for lunch when I was at the signal junction, waiting for the light to turn green.

That’s when this young boy approached me, holding this huge pile of books in both his hands. “Sir, book lelo.” By this time, I was transforming into a big time reader. I had read 100 books in 2018 and was sure on doing it again in 2019. So I had to exercise restraint when I would come across books. The urge to buy was conflicting with the need to not buy and any further to  my overflowing collection of unread books (concept called Tsundoku in Japanese or Unlibrary in English, where every avid reader has more unread books than read). 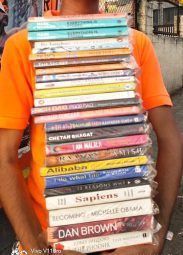 I clearly did not want to buy, but my furtive glance at the books gave the crucial hint to the boy as the signal light changed. Convinced he had a ‘hot prospect’, he ran across with 15 books in his hand as the traffic started moving. Spurred by his enthusiasm, I was compelled to stop the car by the side after turning. I ended up buying three books from Manish, as the boy proudly shared his name.

My immediate thought as I reached home with the books was that, without any formal training in sales, he had convinced me to buy three books and this in this polluted workplace. What if he could work in a proper bookstore, imagine what wonders that would do to the store sales?

I called couple of the larger bookstores in the city and did not get a clear answer on scope and process for someone to get a job in the store. But I got lucky when I spoke to Amit Sareen, the founder of appropriately titled cool bookstore in Gurgaon, called KoolSkool. To my surprise, Amit was very positive about the idea. He said if not in the store front, he can definitely consider hiring someone in his warehouse, to start with.

So I went back after couple of days and he was very much at the same traffic signal. Complimenting him on his sales skills, I had a short chat with him by the roadside. 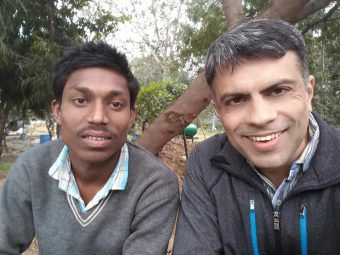 I asked him about his background and family. He said he is from Bihar and has 5 siblings and parents back home that he is supposed to take care of. Finally, I asked he million dollar question — Naukri karega? Initially, he was not sure what I was talking about. Then I explained about KoolSkool and why I felt that he would do well.

Not sure of what he was getting into, he agreed to come to the bookshop the following weekend. He was there at sharp 10am, as planned. He had worn a clean shirt and hair was well set. I was nervous when he said hello to Amit. Had no clue how an interview for such a job would go. He asked about Manish’s English skills and if we could make out title, publisher, etc on a book. Manish nodded that he can read a bit. My heart was pounding as he pointed to a book in the shelf and asked Manish to read out the title. After 30 seconds of pulsating silence, he read it out correctly. Amit was pleased and confirmed to me as we stepped aside and requested Manish to wait. “He will work out. We will get him in the warehouse from next week.”

I could not believe what had just happened! I had got a traffic-signal bookseller a job in a bookshop! 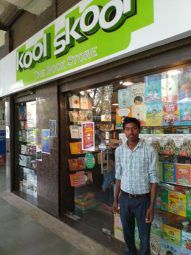 When I met Manish after his first week at the new job, he touched my feet and I was humbled. That’s when the bigness of the event for Manish hit me.

113 comments on this post. Please login to view member comments and participate in the discussion.