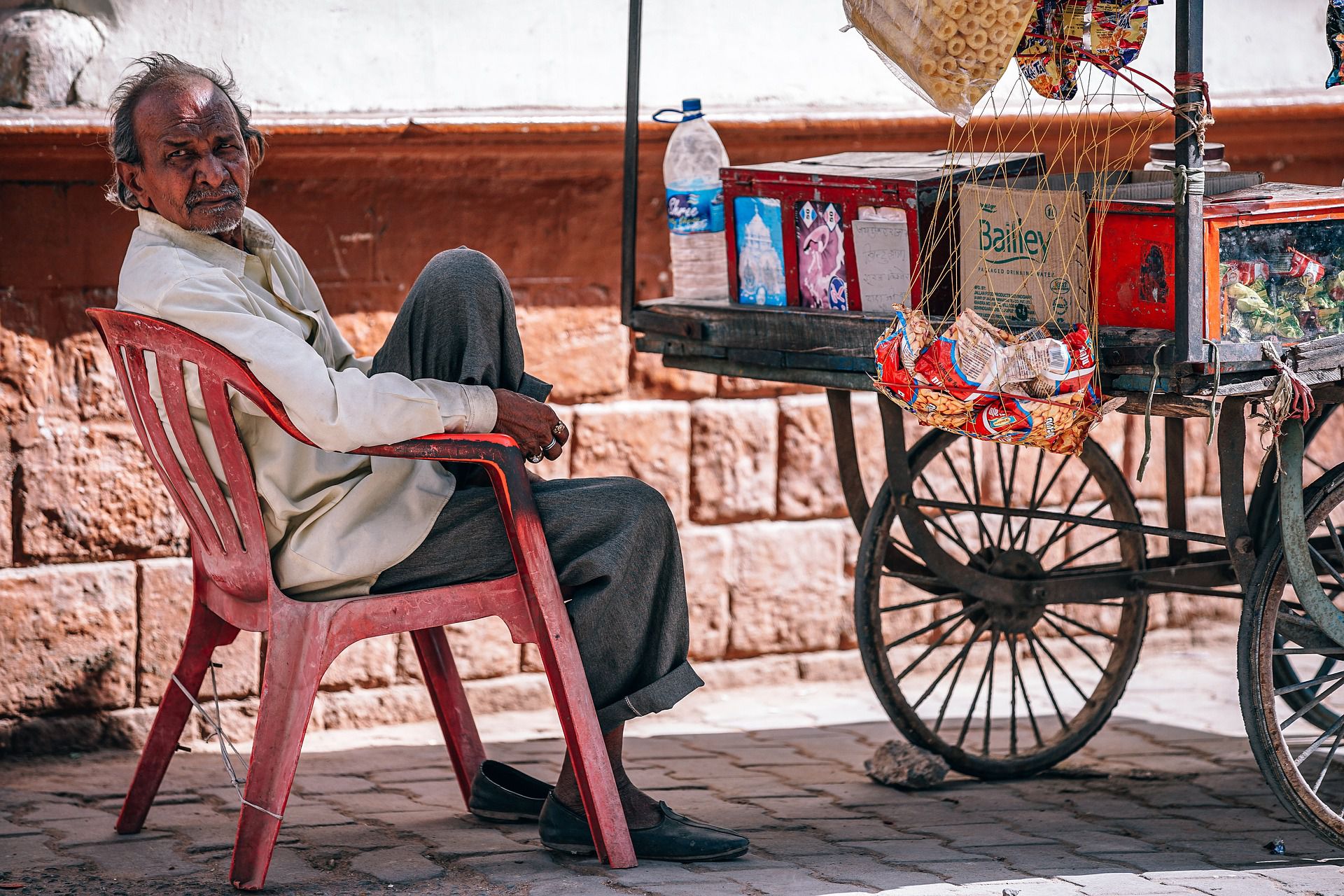 To keep the wheels turning

Instead of putting the currency in moneybox, he put in on an aluminium plate and used the onion as paperweight so that it may not fly with the gust. I gave a tip of rupees two thousand to a redewala, a street vendor. He reluctantly took it. He neither expressed gratitude nor smiled. I was bewildered. It was a quite big sum of money for him as he could only sell ten to fifty rupees of his freshly prepared foodstuffs to a single customer. Even then, his face was stern!

While munching the mirchi bada (potato stuffed green chili fritter) which I bought from him, I decided to minutely observe him for some time to find out the reason or at least one reason to bring a smile on his face. Although the fritter was too tasty but it was too spicy for me. I had a burning sensation in my mouth. To neutralize it, I needed something sweet to eat or to drink. I saw a sugarcane juice machine on a nearby stall but there was no vendor to sell it. On asking the stern faced vendor, I came to know that he also owned this. I gave order for two glasses. He prepared it while attending the customers on both stalls. While slowly sipping the deep-green viscous liquid, I found out that he had good cooking skills, fine managing ability but poor communication skills.

I met him for the first and this would be the last time. Before leaving this place, could I bring a smile on his face? I went near his stall and smilingly said, “The mirchi bada was very delicious. I really enjoyed eating it.”

After all, a person’s greatest emotional need is to feel appreciated.

Leo Tolstoy in War and Peace said, “In the best, the friendliest and simplest relations flattery or praise is necessary, just as grease is necessary to keep wheels turning.”

Energy Around Us
Before You Select a Tenant