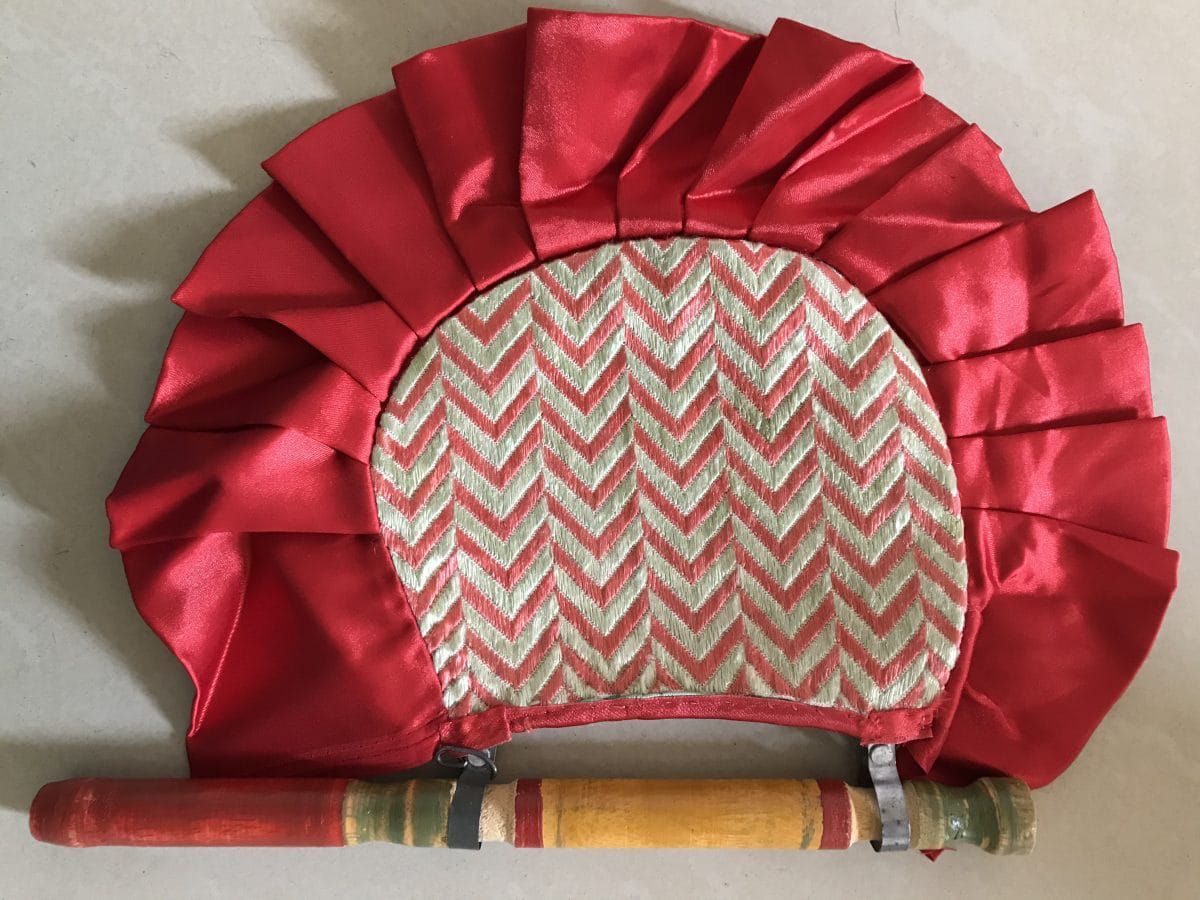 Some interesting facts about Pulkari and Bagh

You must have heard the word ‘Pulkari’ and must have used this word numerous times while purchasing outfits for yourself and for your loved ones. But do you know what is the difference between Pulkari and Bagh? Nah!

Pulkari literally means a flower craft in which flowers are blooming here and there where as Bagh means a garden where flowers are blooming everywhere. In Pulkari, the floral patterns are dispersed and base colour of fabric is visible where as in Bagh, mostly geometrical patterns are used to cover the whole area and not a single strand of the base material is visible from the right side.

The Pulkari like saloo was worn during a household work as it had very light embroidery work on it. Til patra was presented to servants on various occasions and it was made of inferior quality of fabric with very minute patterns scattered widely apart. Chope and suber were given as wedding gifts to the daughters. Sheeshdar Phulkaris had mirrors embroidered in between the floral motifs. Ghungat Bagh as the name suggest was use as a veil by young women. It was embroidered in a triangular shape. Kakri, mirchi and dhunia bagh were named according to the size and shape of the motifs. The Bagh that contain five or seven colour was named panchranga or satranga respectively. The white and golden threads were used to give a unique effect of sunlight and shade, a dhoop chaun. The circular white motifs were embroidered on dark blue khaddar to create a mesmerising view of moon in a dark night was known as chandrama bagh by many.

Before partition, in East Punjab Pulkari was popular in Amritsar, Jalandhar, Rohtak, Hissar and Ludhaina and in West Punjab Bagh was done in Peshawar, Rawalpindi and Sialkot.

Despite all these differences, they share a common thing that they both were embroidered from the wrong side of the fabric. It was unique technique to embroider a fabric by not looking at the right side but was done gently and intricately from the wrong side. Therefore, this art not only required good eye site but also practice for a long time to master. 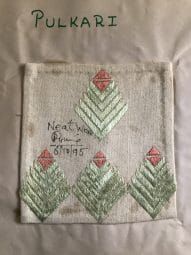 Pic (top) – Pulkari done by me

Meditation on Universe
And Then There Were None