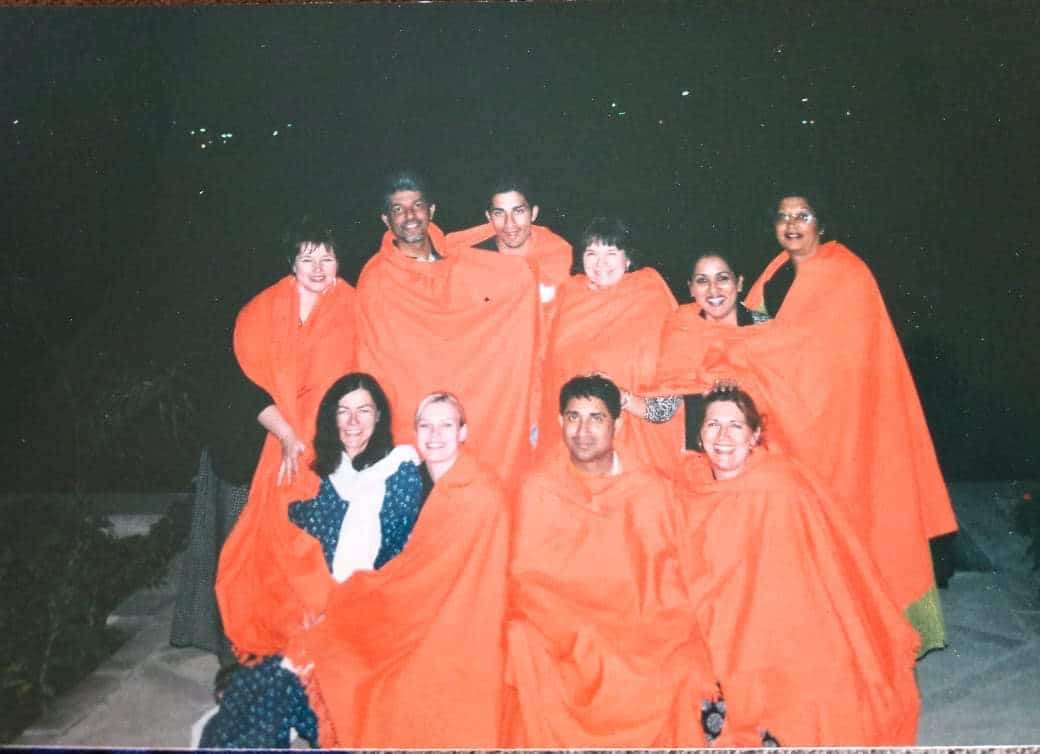 I offer my obeisance to you Rev. Sri. Sri. Om Swamiji 🙏🕉Thank you immensely for allowing me to use this space to speak my truth🙏Ever grateful to you. Wishing you much love, peace and good health. Hari Om 🙏

You can read Part 4 here

You can read Part 3 here

You can read Part 2 here

You can read Part 1 here

The Big Shift:
Before moving to Rishikesh, I now took a firm stand that I would be looking after the business  and I would  take care of the finances myself and not beg for my own money from others in the family. To which the man readily agreed.

It was a big change and challenge for me yet again to be with the whole family  after almost 7 years. Owing to their nature over the past 10 years, I just had to manage avoiding confrontation with them .

The big change in me was, I had become more assertive.

The only good thing was I started to look after the new business we got into. We had two  showroom outlets one in Laxman Jhula and the other in Ram Jhula. It started doing great. The outlet was right at the  banks of the Ganga which was actually the property owned by Sivanand Ashram .

My so called man now started travelling more freely abroad esp to Indonesia as Rudraksha was to be procured from that country in bulk and booked and shipped  across in huge containers. Many of the ashrams demanded the same . It was a respite that the business flourished  there was less of drama and some months were spent with peace too.

In his absence I managed the business well and this was the time when I started to meet lot of saints and brahmacharanis who visited  our outlet to buy Rudraksha, Chandan , crystal and brass figures or other bead malas or gem stones for pooja. Tourists too added much to the the business.

There were these special moments when from  Shivanand Ashram some monks would visit and sit and have tea and narrate incidents of Swami Shivanand or elaborate much on topics of yoga Dhyana . I would very quietly listen to them. At times were invited for the satsangs but I was not much inclined to follow anything.

What I loved the most was that I  gathered enough blessings from the many monks of different ashrams, as I got to serve them free if they required anything from our showroom .

I remember an incident when Bramhacharni Bhavana Ji came to my outlet. She was a frail lady in her early forty’s. She asked for 9 gem stones as she needed them for Devi Sthapna and a coral bead Mala for chanting. But when she heard the price, she politely refused to buy it, as she did not have that much amount on her. It was but natural as many of them who had renounced everything , lived and just about managed  with bare minimum staying in the ashrams.

But the couple of hours that Bhawana Ji was with me, we bonded really well. As she was leaving I packed both the things she needed for her pooja and requested her to accept it as a gift from my side. She was very touched by this gesture and we eventually became very good friends.

Then  there were groups from different  countries like the U.S. , U. K. and Canada.  One such group used to travel every six months to India from Calgary. The one who headed was deeply associated with Eckhart Tolle during those days. The group comprised of intellectuals, Soul coaches , healers, Teachers etc.  My husband would take these groups on Safari  tours and then eventually he started to get them home for dinners  or lunches.

They were so impressed by my hospitality and my attitude that they actually commented to my husband  saying that I was a better and much more warmer person and that would like to see me included in their trips when they were in a India every time . And that was enough to trigger his insecurities. But now I was  more like his lucky charm so he kept his  behaviour civil with me thankfully.

I was honoured and made part of their group and presented with saffron shawl by them , which was part of their ritual and each one of them had it on them. I still remember at one point meeting a gracious lady Kavita Sharma who too was part of the group. She was the Principal of Hindu College Delhi and we still remain friends .  Each one of them were very humble and caring. We used to go on Safari tours and have retreats camps deep into the jungles and also meet tribal people residing there. Getting to know how they lived there and reared the cows to how they protected their area from wild animals was an experience in itself. They were extremely hospitable.  The adventures had so much to teach spiritually . At midnight we all used to gather in a circle, light candles and share  the experience of our day and offer thanks and acknowledge each other with immense warmth. The picture above is on the banks of river Ganga ( which flowed right behind the garden area campus of the apartment we stayed in ) we often had retreats there late in the evenings.

It truly was very therapeutic for my soul honestly , to be amongst all these healers and life coaches , after having starved for years of good people this was entirely a beautiful world to experience . So Peaceful and serene .

This whole group used to stay put in Parmarth Niketan and sometimes we were invited for meetings with the Swamiji of the ashram there.  Eventually our business terms grew with different ashrams and we managed to have great success and gained immense good Will and trust overall.

A couple of years rolled by and eventually we managed to buy our own individual apartment on a hill top that overlooked River Ganges. The evening Aarti at Parmarth Niketan was a treat to the eyes each day from that apartment and the offerings of the diyas in the holy water lit up the whole atmosphere divinely.

The beauty of the Holy Ghats:

It was  equally refreshing to  sit on the ghats peacefully for sometimes in the  early mornings when I used to go to my outlet. Observing the Holy waters was such a learning of what life is all about. To witnessing different kinds of rituals being performed at the Ghats one could only feel humbled.

The Teachings of the Holy Ghats..
At one point there was celebration of a new born’s pooja being performed and on the other corner the last rites to immerse the dead body of a monk as part of the religious ritual taking place could be witnessed .  It was a blend of elating and disheartening moments experienced. What is life in the true sense? Who are we? What is the purpose of our birth? How well do we live? Do we truly need a whole life to learn how to be kind? A truth , a reality that I had already experienced when I was only 19 years of age…

Much wrath of the Mother Ganga would be witnessed during the rainy season when villages would be washed with heavy floods and one could see bodies of animals and humans floating by.

At times made me wonder why so much of hue and cry humans create in day to day life almost rebuking, resenting at times even killing each other with their imbalanced emotions , when truth of every Soul travels and flows each day in the form of holy waters within.

If only we could respect and understand each other’s emotions in all humility it would be the biggest offering of prayer to the Divine . The Yatra continued.

And Time just flowed ahead …The tiny battles of life ensued …

Sunny was now in the eight standard and we planned to send him to London for higher studies. He flew and stayed for sometime with one of my sister in law who too had  now managed to get a job there .

Another couple of years and finally we too decided to move with my daughter  to U. K.

After all Dreams they say do come true, and faith and prayers do work, the very belief that love exists fills life with more meaning and  goodness.

The journey of the flow , from the holy waters of Ganges to the essence of river Thames in London …what’s in store. To be continued…part 6

Thank you my OS family for your  time and patience in reading my personal experiences through these posts. Wishing you all well 🙏

The deep quest of speaking to the Spirits of my Parents only lead me within. A Self taught Artist, Reiki Teacher, PLR Therapist, Sound Healer, Rebirther, Tarot Reader and last but not least, taking little passionate steps in Writing and Photography🍃Life continues to teach. Hari Om🙏🕉


Login with Email
No Account? Create One
Why Did I Steal?
क्या था उस खंडहर के पास