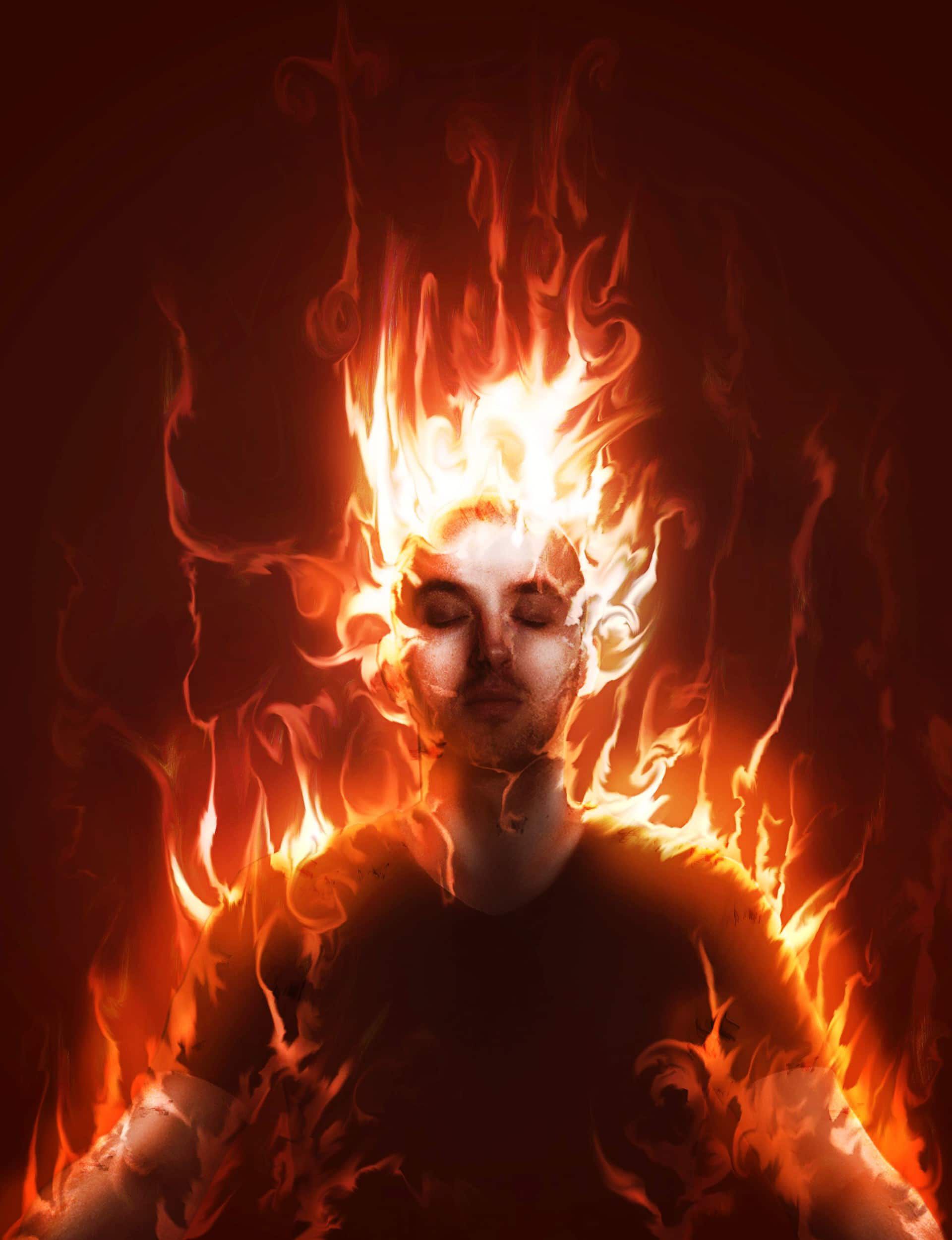 An experience with self destructive thoughts and the lesson I learnt

This happened in February, 2022, on the 7th or 8th day of Magh Navaratri. I was doing the Navadurga Sadhana for 2nd time, all mentally with some tweaks, and a few other Devi mantras as well. This time, my concentration was a little less than when I did it for first time but I was doing, trying to give my best. Sometimes I used to imagine myself amidst the fire and visualized offering the mantra in it. Change refreshes the mind, so to keep the mind engaged, I would switch between different ways of mental offerings.

I felt her presence, as on other occasions. On 7th or 8th day, I was taken over by self-destructive thoughts. (Self-destructive mode ON – lol) Now, I was like – Ok, I am impure, right, so let me burn myself in this fire as much as can, let’s annihilate myself, my fierceness was unleashed and I was the target. Somewhere, there was a subtle feeling  of hatred towards myself and a feeling like I have failed repeatedly, etc. So I concentrated hard, visualizing fire around me and myself burning in that fire. I kept trying to intensify it as much as possible. I was filled with wrath towards myself.

Now you might be tempted to think, what’s so big deal in imagination? But the truth is our imagination has great power. By meditation and concentration, when we synchronise ourselves, our imagination becomes more powerful. My imagination often shows its effect. Now the feeling was of self destruction. So the energy field that surrounded me, that took so much of silence and stillness to form, started to deplete. When you sit still for long, there will come a time when you will actually be able to feel that energy and its flow. You will be able to know when the flow is proper and when it’s a little disrupted. Now due to self sabotaging thoughts, it was burning. A pool of energy that I felt at heart started shrinking, and it became very small, as if my heart was shrunk. And I had a feeling of her form also in pain, as if it was crying. And the end results – my energy levels were disrupted due to my lack of control on self-destructive thoughts. I felt as if I was drained of a lot of energy. “You are making this a temple, now there’s no need of such battling, if you give yourself pain deliberately, I will also feel that.”

Since that incident, my self-destructive tendency has almost dropped. That person was someone else and now I am someone else. Now I am mostly in my senses. Now I don’t beat myself up and treat myself with love. Learnt it the hard way, after repeated falling and rising, but anyhow, learnt the lesson. Now when I chant, I try to chant as gracefully and gratefully as I can. Seriously, now I don’t take myself so seriously, 90-95% of times 😄.

So please don’t fall in trap of self-destructive thoughts.