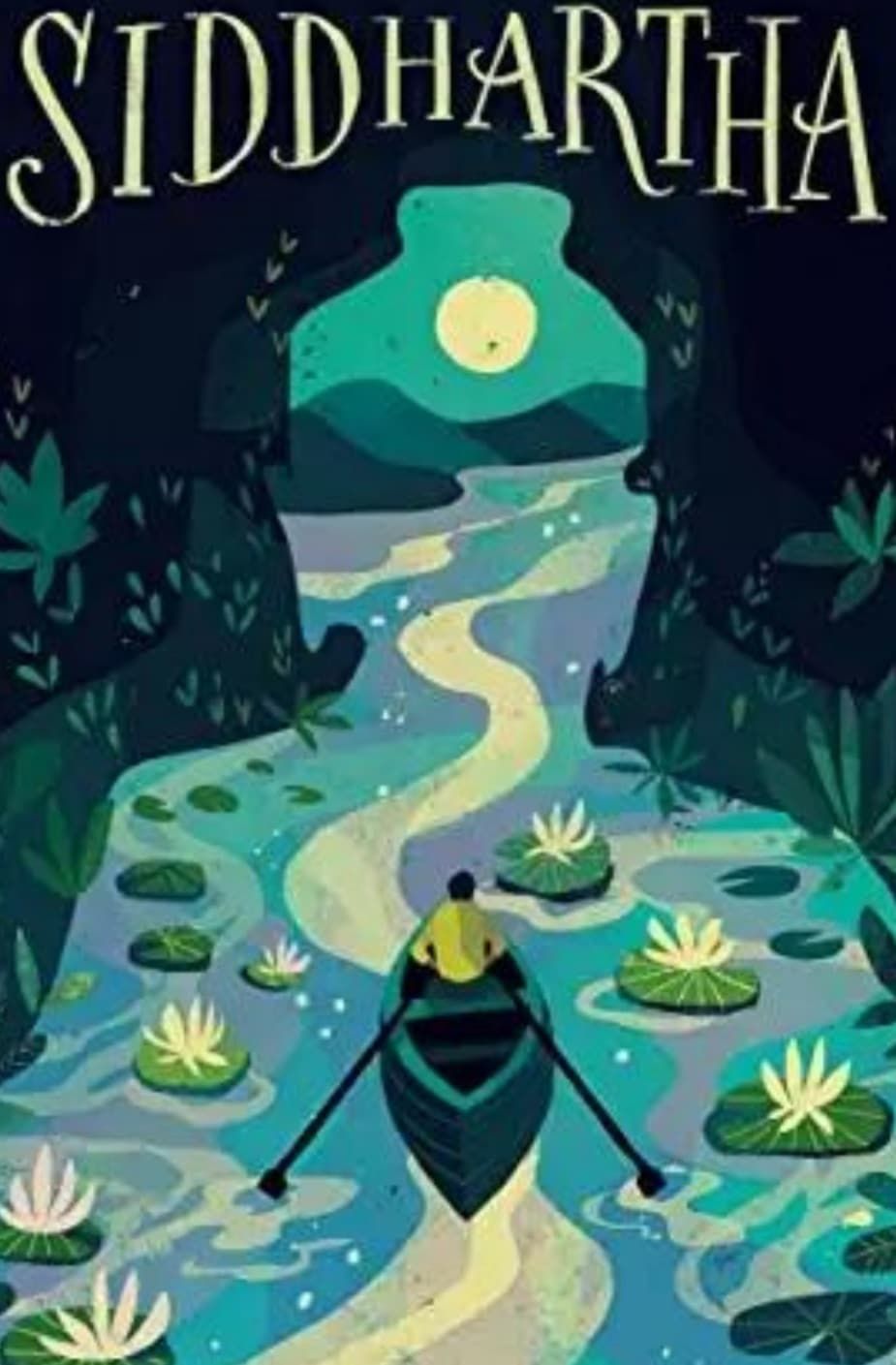 “Siddhartha: An Indian Tale” is a fictional book written by the author Herman Hesse. The book tells us about the journey of the son of a Brahmana named Siddhartha, who is a contemporary of Gautama Buddha. It is a very spiritual story of how this son of a Brahmana leave his family to become a ‘Samana’, to live the life of austerities and renunciation. It delves further into his life of how he left the Samanas, how he met the Buddha and about his spiritual awakening. The second part of this book deals with his life of material pursuits after he left his life of spirituality. Finally, he reveals his awakened side to his long lost friend in the last years of his life.

The story begins with the son of a Brahmana named Siddhartha. It tells us how he is so good in reciting mantras , how he is so popular among all the Brahmanas and how he is so spiritually advanced as compared to other kids of his age. Further, it tells us about how he left his home to become a samana along with his friend and then lead a life of penance where he denied himself food, luxury, clothes, house and even water. When he found out that he won’t become self-realised by following the life of these Samanas, he left them to pursue his own path. Then, he and his friend met Gautama Buddha and were very inspired by him. Siddhartha’s friend Govinda decided to join Buddha’s Sangha while Siddhartha pursued his own way after getting a sense of awakening about what he wants to do in his life. Then he dived fully into material pursuits after learning the art of love from Kamala. He always did business like he was playing a child like game and he was not at all attached to profits and losses. But slowly he lost all his spiritual progress and started becoming like all the other businessman and he was as ecstatic on generating profits as he was miserable on getting losses in his business. Finally, he decided to leave it altogether and left all his hard earned money, houses and property behind. Now he was by the river when a very kind ferryman spotted him. The ferryman was a very spiritual person and he credited all the wisdom that he had to the flowing river. When Gautama Buddha was going to die and huge crowds of people were coming to see a last glimpse of him before he gets out of this everlasting cycle of Birth and Death( of this Samsara). Kamala also came to catch Buddha’s last glimpse along with her son. A snake bit her near the hut of Siddhartha and the ferryman( the ferryman had provided a bed, hut and food to Siddhartha for living along with him for as long as he want). Siddhartha recognised Kamala ( who was unconcious at that time) and also realized that the small boy was his and Kamala’s son. Kamala died soon after and Siddhartha started looking after their son. But, the son ran to the city after robbing all their money. Siddhartha never found him and later in the story, the ferryman also left Siddhartha alone and left for the forest to beathe his last breath. At long last, this old Siddhartha met his long lost friend Govinda and gave him the highest spiritual experience by just a physical touch on his forehead.

This book is a really inspiring, beautiful, wise and spiritual book. It tells us that how a son broke his father’s pride and mother’s trust by leaving them. It also tells us that one cannot attain salvation in this life by becoming a samana and by practising austerities on one’s body, mind and soul. It also shows us Siddhartha’s self belief and ego as he turned his back even on Gautama Buddha. Further, it tells us how one’s spiritual progress gets lost so quickly, once they dive into the material life. I have been inspired a lot by this book as we can relate a lot to the characters in the book. The overwhelming aspects are all the spiritual things that has been talked about in the book and the underwhelming aspects are all the material stuff that has been written in the book. It’s a complete life story and spiritual journey of Siddhartha. The best things about this book are Siddhartha’s spiritual journey, his early life, the last part of the book and his meeting with Gautama Buddha. To conclude, I would say that every person on the spiritual path should read this book at least once in their life so as to know the real meaning of life. We can see a lot of ourselves in Siddhartha. We can also learn from the struggles that Siddhartha went through and also from the mistakes that he did on the spiritual path. His meeting with Gautama Buddha and the climax of his story are the highlights of this fabulous book. At last, I want to say that ‘Siddhartha: An Indian Tale’ written by Herman Hesse is a spiritual classic.