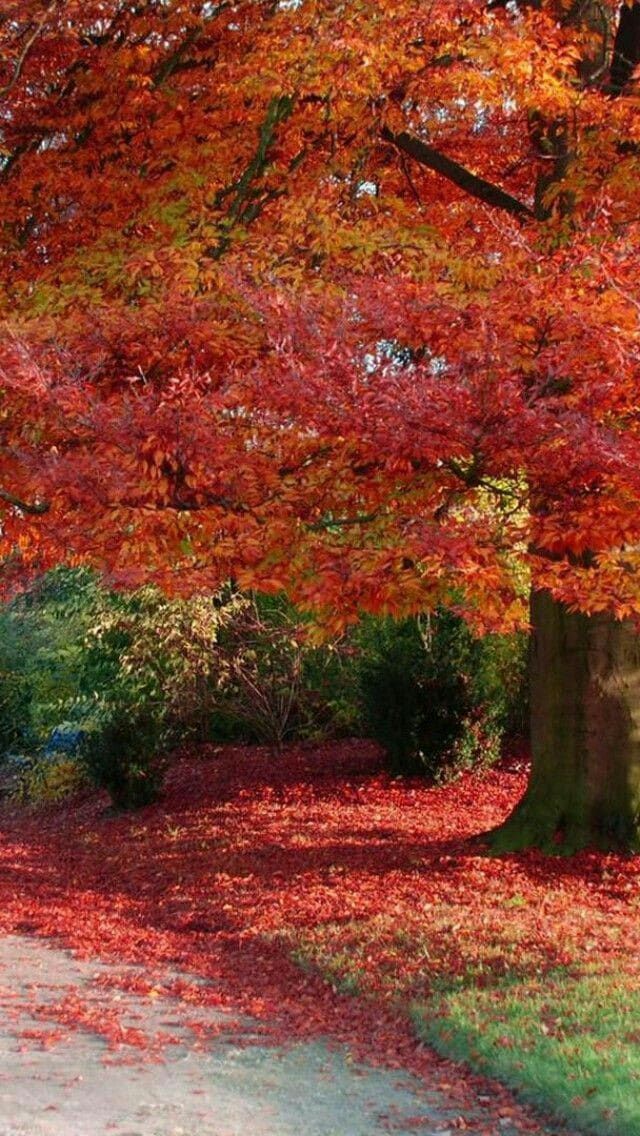 Ultra rich are those who are rich in truest sense.

Spring had arrived at Basogiri, a small hilltown. The sky was full of colors, birds were chirping, the trees danced along the freshness of breeze, the animals came out after long periods of hibernation, Water streamed into rivers from melting glaciers and children were playing with their delighted faces in all merriment. But this spring could not melt the generations-long practice of untouchability which was still prevalent in the hilltown. Orthodox Brahmins left untouchability as their heritage in this town. Times changed, people became literate, elites settled in the beautiful town but the seeds sown by Brahmins would grow like unwanted weeds in different forms now and the foul fruits were borne by the poor, like always.

Maalti belonged to the family of Tirupatis. It was one of the few families that despite the unsuitable circumstances never left this town just because they had to face humiliation, called untouchables sometimes directly or sometimes by the acts. Moreover they had no resources to migrate and start their lives from scratch.

Maalti, a twelve year old girl, had no friends at school or in the neighborhood. Those who were of her age group, were not allowed to play with her because of the difference between their family status and the ones who belonged to similar families, were already out into the world, earning bread for their poverty-stricken families. But despite her loneliness, her little round brown face always had a slight cute smile placed on her thin lips. She had a lean body with long bony limbs. Her melancholic yet bright wide eyes always reflected the simplicity that she got from her mother, Madhu.

The outgrown poverty had eaten up the fantasies of her little heart which her rich classmates already boasted of. Just like any child, she desired to have new clothes, pencil kits, cycles, doll houses etc. for which she envied her classmates. She wanted to celebrate her birthdays, to go on trips, to play with expensive toys and sports’ kits, etc. but was never allowed to. Thus she knew that her dreams had no place in the swampy reality. She would think that one day her dreams will be worned out and get ripped off.

One day after she returned back home from school she saw her mother covered up in garden soil and singing in her melodious voice.

Maalti asked in a curious manner, ” Mumma, why are you singing?”

” Do I need a reason to sing my little angel?”, counter questioned her mother.

” When someone is happy, the song itself comes to your head, and the voice gets on to singing.”

” Why do you keep finding reasons behind everything Maalti…?”Madhu caressed Maalti’s hair with half dried soiled hands and asked her to change her clothes and get ready for lunch.

Like everyday, Maalti and her mother sat on the floor and ate their lunch together. Lunch was their favorite pastime, Maalti would recall and narrate all the incidents at school. They shared some good laughs when Maalti would also mimic how rich children walk, eat, sit, stand, talk in a flamboyance and lead horribly complicated lives.

” Mumma, how we can become rich fast.”

” But why do you want to become rich, Maalti?”

” Because the rich are happy.”

” They have everything to be happy, they can buy anything they love and can live their dreams.”

” Maalti…Maalti, my child! Come here,” she wiped her hands and picked up Maalti to make her sit into her lap. She then continued,” It is true my child! The rich can buy anything in this world with money, but there is one thing in the whole world which is so expensive that only the ultra rich can buy it.”

” What is it?”, Maalti asked excitedly.

” So, it means my classmates and all other rich people are happy. That’s what I am already tell–“

” But there’s one thing you forgot, I said only the ultra rich can buy it.”

” Maalti, ultra rich people are those who are rich in the truest sense, who do not have to buy happiness through luxuries or comforts. Happiness just flows in them, no matter, they have everything or nothing at all”, Madhu continued…”What I want to say to my doll is, Happiness is not relative to material things.”

Maalti sighed heavily, stood up and without any further questions, she told her mother, ” Goodbye Ma, I am going to ride my bicycle for sometime and honestly I don’t really understand what all you said.” Maalti left her house with millions of thoughts going along with her on the ride.

In spring, roads of Basogiri were covered with bright colorful trees rustling and dancing in joy. Maalti was a regular traveller and a bicycle rider on the zig zag roads of the hill town.

Maalti was slowly peddling her cycle today as she was still contemplating on what her mother had just said to her. Then only, she felt as if wind was playing with her hair, she paced up her speed and slowly stood up, while peddling. She saw a long empty road all covered up with flowers of all colors. She closed her eyes, peddled, peddled and peddled…just then she felt something striking on her face, when she opened her eyes, she saw long crimson leaves, broad from the front and narrow from the back, certainly falling from Gulmohar tree. Flowers stuck to her face, hair, arms and some even on her legs and between her toes. She abruptly pressed both the brakes, left the bicycle and jumped off to see the tree, dancing in ecstasy to the sound of the cool breeze.

She had been a daily traveler but she had never seen anything as beautiful as that tree. The crimson colored tree with thick branches covered with hundreds of flowers made Maalti lost into that moment and felt as if serenity of that tree was seeping deep into her heart.

She couldn’t keep her eyes off from that tree, until she saw birds returning to their homes. Although she didn’t want to leave, she knew she had to go, so she collected all the leaves that fell on the ground as well as those sticking on her face and the entire body.

That whole night she kept on thinking about that tree and more than that the joy that she felt immensely after looking at it. She couldn’t wait to see it again. Next Sunday morning, without even having breakfast with her mother she rode her bicycle to the tree. She sat under its shade by leaning her back on its huge trunk. She saw it for a good half an hour, smelled it for other hour and then started talking to it.

” Oh dear tree! What is your name? I don’t know, but because your flowers look like vermillion color which my mother puts on her head as a sign of her being a married woman, I would name you Sindoori.”

Maalti would visit Sindoori every single day and collect its flowers and leaves to keep it in her diary that she carried everywhere. As the new flowers came in spring, Maalti’s heart would get overwhelmed with love and happiness and as autumn would arrive, she impatiently waited for Spring. She would keep on telling about Sindoori to her rich classmates, her mother, her neighbors and everyone she would meet. She could talk about Sindoori for hours, about the immense joy that she gets from her friend, about the luxurious rich life Sindoori lives, about the dance and songs Sindoori sings, about the extraordinary beauty Sindoori has been gifted with. And at last she would tell everyone to pray for Sindoori.

Years passed by, and the friendship between Sindoori and Maalti grew deeper. But this special bond came to halt when Maalti was tied into a wedlock to a faraway city of Tanhaish. On the day of her wedding, before the sun kissed the horizon, Maalti, tiptoed from a house full of guests to meet and adore Sindoori for one last time as she knew after getting married, she won’t be able to come and talk to Sindoori alone.

She walked to Sindoori and on the way, all the days flashed in front of her eyes, that she had spent with her most beloved, loyal friend.  As she came nearer to her favorite spot, she heard unusual sounds and faces surrounding Sindoori. She approached and tried to inquire about the matter going on there. The few highly educated people with their officer cars, pushed away Maalti, saying that untouchables are not allowed to poke their noses into the official matters of the town. She tried to smell and touch Sindoori but for the first time she felt that she couldn’t see her friend again. Just then an officer took a paint brush and wrote a number ten on the trunk of Sindoori and said to her senior officer, ” Sir this is the tenth tree out of four hundred trees that are to be cut for building the MNC. It is a huge tree, it will give us enough space for construction. “

Maalti transfixed there. She forgot everything about the surroundings, her wedding, the people standing in front of her or about her own place in the town. What she could all think of was her best friend going to die and felt so helpless for the first time in her whole life.  She just went near Sindoori, kissed her and hugged her tightly. She collected each leaf that fell on the ground and put it into her red colored dupatta. With her brimming eyes and tears falling down, she said to Sindoori, ” I am sorry. I can’t save you, but I want you to know that when I saw you for the first time you made me ultra rich. You saved me from my complexes, my loneliness, my melancholic life. I love you.”

One of the officers came near her and assuming her to be an insane woman, told her to leave with a warning to not interrupt them again.

Maalti got married that day and left the town of Basogiri forever. But Sindoori always lived with her in a tiny box, in which married women keep vermillion colored pigment to put on their forehead as a sign of being married. Maalti would put grinded flowers of Sindoori everyday on her forehead and repeat it to herself with tear filled eyes, “I love you Sindoori because you make me remember that,

Happiness is not relative to material things.”