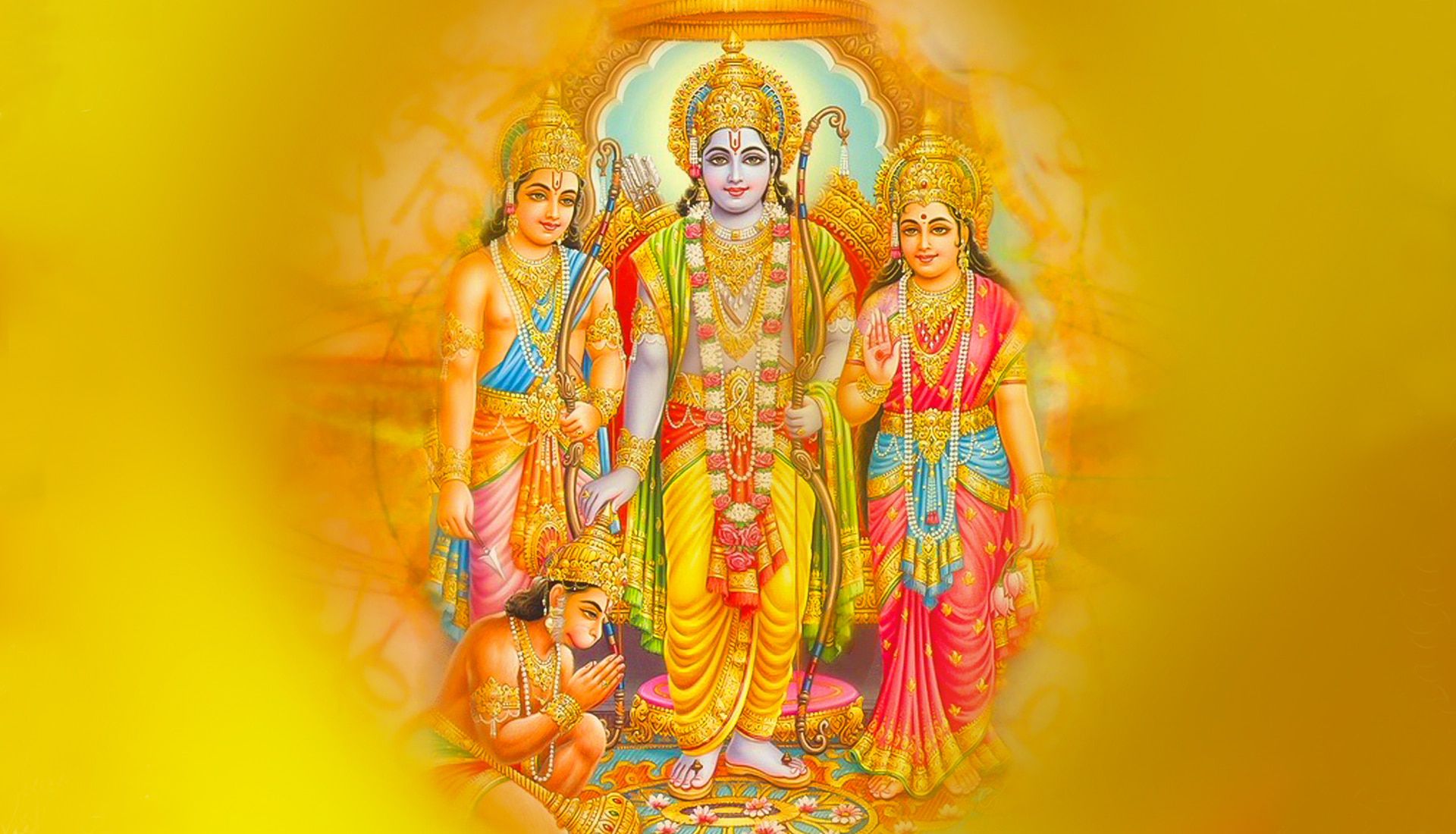 Sri Rama Navami/ Rama Navami is a major Indian festival that celebrates the birth of Lord Rama, the seventh incarnation of Lord Vishnu. In South India, people celebrate it as the wedding anniversary of Lord Rama and his consort, Sita. It is on the 9th day of Shukla Paksha of Chaitra month. Devotees install idols of Rama, Sita, Laxman (Rama’s brother), and Hanuman (the monkey god) in public pandals on this day. They offer prayers, chant hymns, and perform the Ramlila with great devotion. Though the entire country celebrates Rama Navami with great pomp, at some places, the celebrations are very grand and impressive.

You can see Ram Navami celebrations at their finest at the locations given below.

According to mythology, Ayodhya is the birthplace of Rama. So it is not surprising that Ayodhya celebrates Rama Navami with utmost fervor. Rama is also the patron deity of Ayodhya. On this day, Hindus decorate their houses, observe fast, and take a holy dip in the Sarayu river. They also visit temples and perform some rituals. There are fairs and chariot processions of Lord Rama, Sita, Lakshman, and Hanuman. Many temples and households organize satsang. Ramlila, a play on the life of Rama and his battle against Ravana, is performed. This forms an integral part of Ram Navami celebrations here. Kanak Bhawan is the best place to see the Ram Navami celebrations in Ayodhya.

Bhadrachalam in Telengana is often referred to as Dakshina (southern) Ayodhya, It is a popular place to witness Ram Navami celebrations in India. Here, one can find the renowned Sita Ramachandraswamy Temple, built in the 17th century by Bhakta Ramadasu. He was a great devotee of Rama. Devotees celebrate this day as the wedding anniversary of Rama and Sita or ‘Sitarama Kalyanam’. The festival goes on for nine days here. Navami is the last day, and it coincides with the wedding of Rama and Sita. Large crowds visit the temple to witness their ceremonial wedding performed here during Rama Navami.

This is the birthplace of Goddess Sita. It is an important place for Hindus to see Rama Navami celebrations. After Ayodhya and Bhadrachalam, this is the most important place for Rama Navami celebrations. Goddess Sita is the patron deity of Sitamarhi. Janaki Mandir in Sitamarhi celebrates Ram Navami with great fervor, and many devotees come to take part in the rituals here. On Rama Navami day, the temple at Sitamarhi is decorated beautifully. There is also a special fair that attracts many people.

Rameshwaram in Tamilnadu is another place where Ram Navami is celebrated with fervor. The Ramayana says that the army of monkeys or the Vanarasena, led by Hanuman, built a bridge, “Ram Setu,” for Lord Rama to reach Sri Lanka where his wife Sita was kept captive by the demon king Ravana. At Sri Kothandarama Swamy Temple in Rameswaram, one can see the grand Rama Navami celebrations. Devotees take part in Rama’s wedding ceremony, chant his name, and observe fast on this day. The Rameshwaram Temple here is very famous. It is also the place where Rama supposedly worshipped Lord Shiva to cleanse his Brahmahatya incurred by killing Ravana.

Vontimitta in Andhra Pradesh is a small town. The Sri Kondandarama Swamy temple here is 450 years old and dedicated to Lord Rama. The temple was supposedly built by two robbers, Vontudu and Mittudu. They had become devotees of Rama and were said to have turned into stone after constructing the temple. It has been the official venue for holding Sri Rama Navami celebrations in Andhra Pradesh ever since the Bhadrachalam Temple became a part of the newly formed state of Telangana.

The Tirumala Tirupati Devasthanam is responsible for organizing the Rama Navami festival here as part of the annual, nine-day Bramhotsavam. A week-long cultural program is a highlight of the festival. Devotees from all over India come to witness the celestial wedding ceremony of Rama and Sita.

Ram Navami is one of the three major festivals that are celebrated in Shirdi. As per legends, a Shirdi Sai Baba devotee had been childless for many years. After praying for many years, he had a child. He approached Sai Baba to seek his blessings and to ask for permission to organize Urs. Baba agreed. The day he chose for Urs was Ram Navami, as he wanted to bring the Hindu and Muslim communities together.

Rama Navami celebrations in Shirdi features many rituals. One is the change of flag at Dwarkamai. Another is changing the old sack of wheat for a new sack. The festival is held for 3 days. On the first day, Palki is the major attraction. On the second day, Abishekam is done for Sai Baba with the holy water from the Godavari River. On the third day, many devotional programs take place during the day and night.