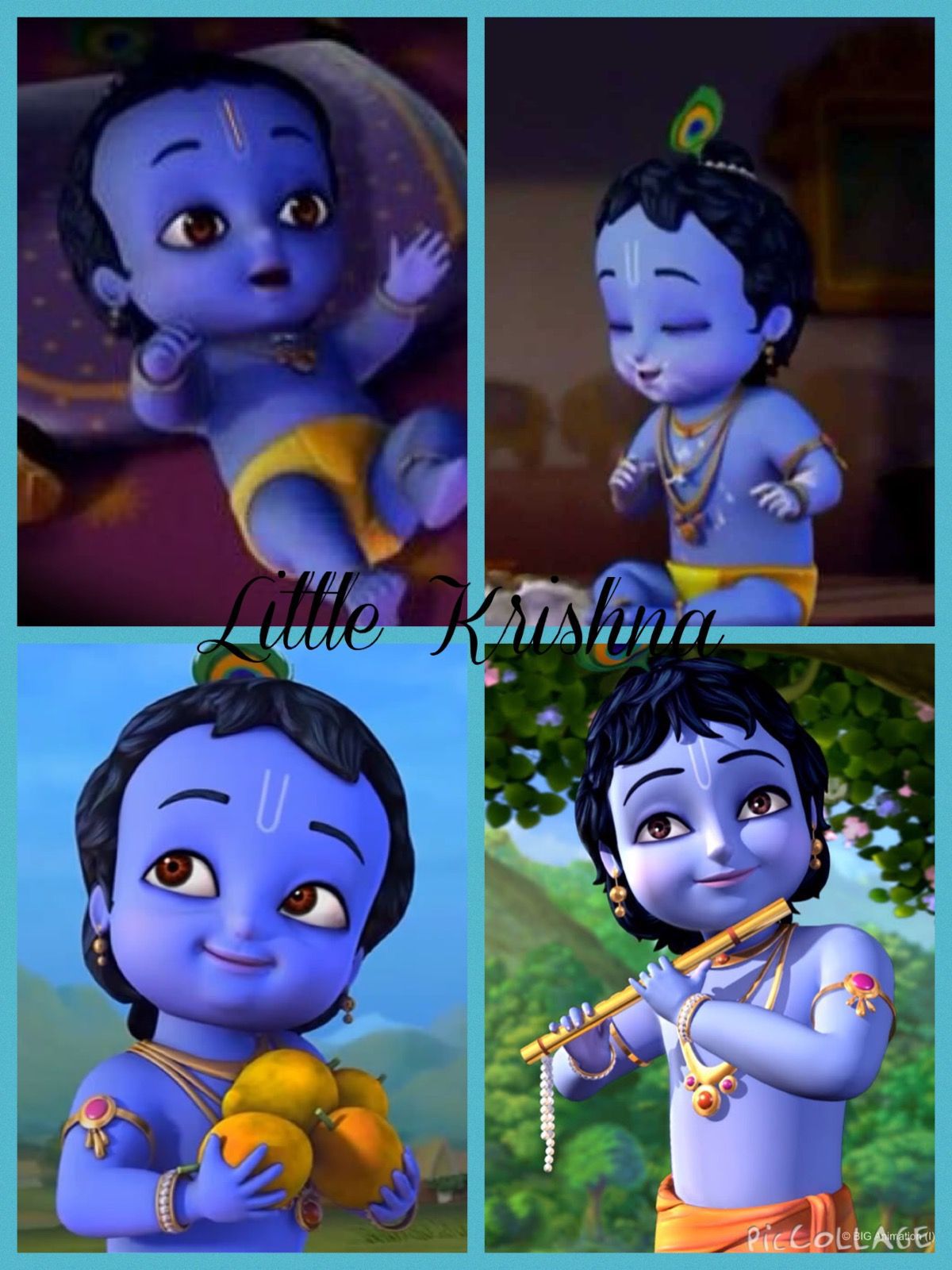 Namaskaram Swamigaru, namaskaram to all,

It’s Sri Krishna janmashtami – festival full of devotion , decorations, poojas for Sri Krishna is coming! Yes want him to be born again and again. Little Krishna in the swing, in crawling pose, holding butter in one hand, is adorned with garlands of flowers and tulsi, ornaments, clothes, scent, dhoop, deep, chatra (umbrella), chowri, chamari. Naivedyam-is offered, butter, milk, curd, flattened rice, laddus and many more as per one’s capacity and interest. Ah yes, this reminds me of ‘chappan bhog’ offered at Puri and other temples. And we dress our children as Sri Krishna and Sri Radha devi. Near the entry, at the main door, small imprints of footsteps of little Krishna are made with rice flour, simulating Sri Krishna’s entry into our home/heart. Colorful rangolis fill up the gateways.  Songs, bhajans, dance, temple visits, pot breaking ceremony…. grand celebrations, all for Sri Krishna. Schools also organize fancy dress competitions for Sri Krishna. This we all do for him, for us, just imagine how would be celebrations of birthday of Sri Krishna in Gokulam during his time, then? Sky must be the limit.

I ok., we all love Sri Krishna. Sri Krishna, one of the poornavatara of Sri MahaVishnu. Why? because He, very meticulously showed all the  stunts/miracles/leelas that were performed in  each avatara of Sri Mahavishnu were collectively put together in a single avatara, ie., in Sri Krishna avatara. Born with 16 kalas(full), he was like a full moon, nourishing each one(with somras, amrith), with his smitten irresistibly by his attractive cool looks(sammohan). As son, as brother(of Balarama) he was showered oceans of love. He melted  hearts like butter(makhan chor). Age/size, did not matter to the tender form, as he slayed of countless demons, saving many lives. Made every single soul dance to the tunes of his flute-cows, Yamuna, Sri Radha rani, gopas and gopikas( all  blessed sages). Little finger was just more than enough for goverdhan lift(He- man). Master of 64 arts, gifted his guru retrieving his lost, precious son(guru dakshina). Brought back the glory to his parents and established himself. Though he had 16008 wives, Sri Rukmini devi was given highest treat of being his patta mahishi/rani, she was like a moon among nakshatras(other wives). Fathered thousands, and along with his brother –all vyuha avatars also took part with him, Dwaparayuga alone (Sri Vasudeva, Sri Aniruddha, Sri Pradyumna, Sri Sankarshana). His friends gopalas to Sudama to Arjuna, all were, the most luckiest beings who had him as magic wand with them. He was there, everywhere, wherever there was need of him. Draupadi and Kunti, Bhishma, Vidura, Akrura, Maitreya adored and worshipped him. He protected Pandavas(dharma), as charioteer( Parthasarathy, one who controls)- so as to guard righteousness and  the Kauravas(adharma) were killed to preserve the humanity. Thus blessed us with Bhagavad-Gita, Vishnu sahasranama (through Bhishma), Uddhava Gita …this is , what did I write?

Actually to me Sri Krishna – I feel everything was perfect for him – time, place and person, (he chose it). Matchless, cute as child, He did miracles, stole hearts-a Magician, by playing flute-a Musician, an excellent student(MA-master of arts), HE-man, a Super man(not attire, Himself was blue/shyam), a best wonderful friend(sakha), lovable husband and proud father- a Macho man, made right decisions- a Judge. At the same time, he did his duty but was indifferent towards world, practiced what he preached. Only  for that small piece of iron, it ended everything—He being all “perfect man” why this, He could have stayed—but He had to go—it was time. How if everything was perfect, then He ended so abruptly, totally devastating state, imperfectly–??curses, yes the story says, but He was perfect/GOD, he showed in all ways, throughout His life (128yrs avatara)  He reached the heights, peaks, zeniths, mountains and worlds of perfectionism. But at the end, ending was imperfectly, imperfect. I wanted it to be a happy, perfect one like saying bye-byes, cries, heartbreaks, see you soon types, but he died alone, bleeding—it aches, it hurts….no words….let me stop this cry. For sure, He is infinite as Vatapatrashayee, as little Sri Krishna on the banyan leaf, playing and sucking his toe at pralaya—an eternal avatar.

The Iron man, yes—similar to that of current Iron man’s movie concept(must have adapted from Sri Krishna itself),  Sri Krishna’s heart is alive, it is said, even after death, after setting pyre by Arjuna. The heart, which came floating in wood and was found by king Indradyumna. The king built Jagannatha temple in Puri- carved idols from the wood were installed, where Sri Krishna’s heart is present to date-Moksha Puri, the most sacred and mysterious temple.

Its Janmashtami, lets celebrate, invite and enjoy with our little Sri Krishna.

Chapter 1: Charred Paper
People Change and So Do YOU!