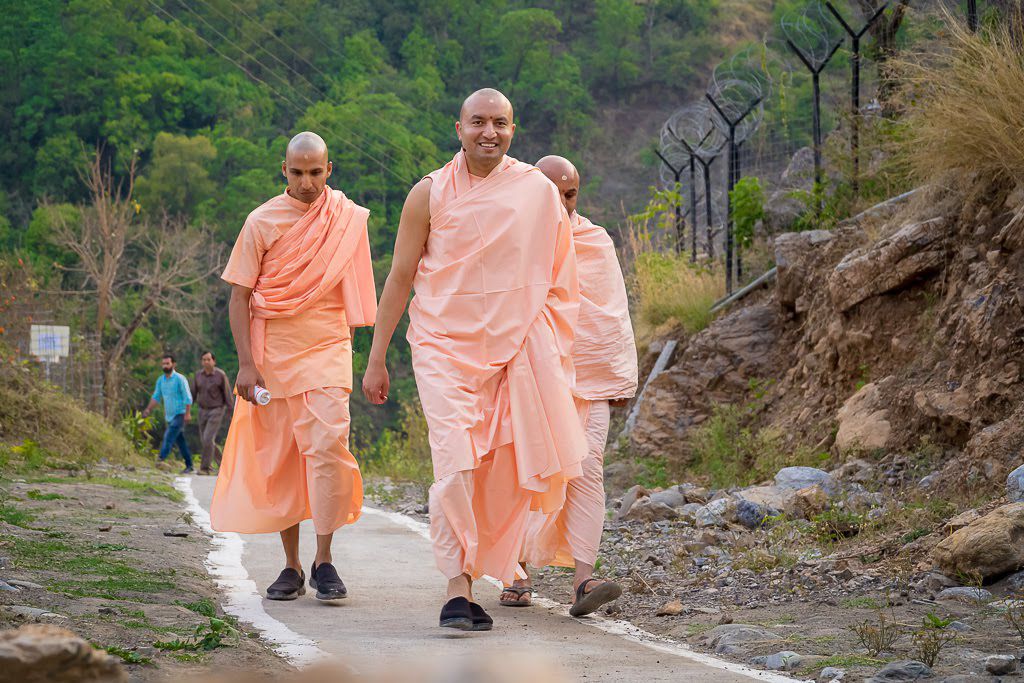 Life Crisis Series. When he wishes, everything falls in place. Photo from gallery of omswami.org

“Look Dada how kid is playing with happiness and contentment after feeding him.”

Rajveer was crying seeing his baby happy after so many days.

“Nanda, i request you to look after him. I would send you money every month. I don’t want your husband to burden with expenditure of my kid.”

“ Dada, I never asked you for money. Are you saying this because I am your assumed sister and not real sister? Are you?”

“No Nanda, But you have Amit to look after and you will need money to raise both kids.”

“Brother, we don’t need your money. We are large farmers with ample of wealth. It is my luck that I am getting opportunity to raise kid of person who has donated his half of agricultural land to workers and lower caste people to uplift them from poverty and free them from injustice of landlords and politicians of Saranpur” Said Vighnesh.

Vighnesh was husband of Nanda. They stayed in Phalampur, just 15 kms away from Saranpur. It may sound like just few kilometres but it was long distance to travel by bullock cart at the time of 1960’s.

“Swamiji, it will be easy to find a girl in our village.”

“Not of your village, only girl from other village will be able to break this curse. Because Deer has died in the premises of this village. She was a Tapasvi, who was killed by you. She was not just an ordinary deer. In her previous life, she had been asked by her guru to complete a Sadhana. This Sadhana would allow her to have control over death. She would be able to leave body at her choice. But during Sadhana, She got attached to a deer who was near her Ashram. At the time of leaving her body, she had the thought of deer. So, she was born as deer in this life. You were in this forest near your village to hunt the tiger who had been killing the villagers. In the darkness of night, tiger was hunting for deer. Seeing the tiger, you shot with a gun. Overcame by moment of fear you missed the tiger and shot Deer dead. Deer was pregnant at that time. Tiger ran away hearing the shot of Gun. But the Deer was dead.”

Rajveer was shocked to hear the absolute accurateness of  Swamiji’s description of incidents in forest. But kept quiet, since he knew Swamiji wasn’t just any other ordinary astrologer. Rajveer was beginning to think where will he find a girl with Leo as zodiac sign(सिंह राशी), just then as if swamiji was listening to his train of thoughts said “You will find the girl for Harshwardhan. Sri Hari always shows the way.”

Listening to swamiji, Rajveer got up and took his blessings. He was completely free from worry, as he knew Swamiji’s words always came true.

When Rajveer was going to farmland, News from his farm boy came like a thunderbolt. “ Harshwardhan, Nanda and Vighneshji is injured from attack of goons and thieves. We must leave now Dadaji.”

P.S- Sorry, I was going to include girl with सिंह राशी in second chapter. But chapter was becoming too large and would have become tiresome to read. I will definitely resolve the mystery of that girl in next chapters.