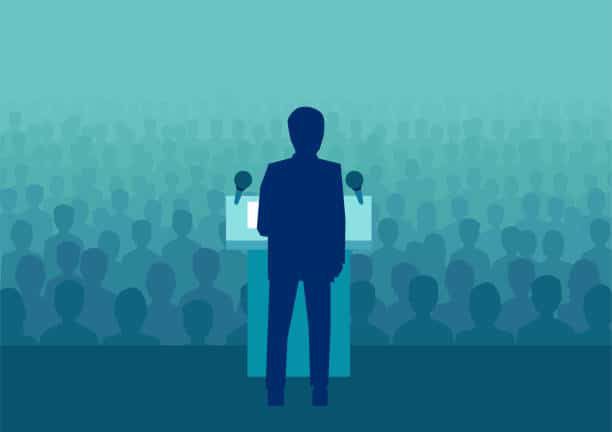 The Austerity of Speech.

The Art of Speaking Softly.

The Austerity of Speech

The Art of Speaking Softly.

In this verse, Lord Krishna tells us about the tapas (austerity) of speech. Tapas, as we all know, is any kind of austerity to restrain ourselves. What is the austerity of speech—is described here. According to this verse, there are five aspects to it—

If we practice all these qualities, we are practising the austerity of speech. Now, in our everyday life, we rarely practice these things. Why is it even important to do all these ‘austerities’…you may ask. Every day we ramble so much and speak so insensitively that it seems only natural to us to speak like that. But, speech is a very powerful device. Whenever we speak with anger, hatred, violence and insensitivity, we’re harming others, as well as ourselves. Words penetrate deep into our hearts. Words are like shafts of arrows. If used negatively, they can cause deep wounds in our hearts. But, practising the austerity of speech is not easy at all. When somebody throws hurtful comments at us, speaks angrily or insensitively, to remain calm and speak kindly is not a small feat. It is a saintly quality, to say the least.

An Incident From Buddha’s Life

Once Buddha faced such a situation. A man spoke very badly against Him. He verbally abused Him and even spat on His face. But, He was Buddha after all. He remained completely unperturbed, and after the man was done with his grawlix, Buddha asked His disciples to give the man some water. And Buddha with His characteristic gentleness asked him, and I am paraphrasing, do you have something else to say? The man became speechless. When asked why He didn’t react, He said, (again paraphrasing)—If anyone gives you something and you don’t take it, with whom does it lie? Everyone understood the lesson.

Once we react, we are caught in a vicious karmik trap. And that too of others’! It creates karmic entanglement. We instantly react. It’s a very strong urge in us. This not only disturbs our mental peace, but what’s worse, we take out our grudge on others. Don’t we do that? So, is it not important to speak consciously? All the hurts and grudges in our hearts are the result of wrong and insensitive speech, no? If only we talk a little more sensitively and kindly, this would be a different world.

In literary terminology, a widely used figure of speech is euphemism. It means to say offensive and hard things in soft and inoffensive ways. It comes from the Greek word euphemia (εὐφημία) which means ‘words of good omen’. It helps to express often uncomfortable and hard things in a gentle way. Harsh words or remarks expressed in a soothing and gentle manner helps us deal with potentially hurtful references. Personally, I use it a lot. It helps to practice the above-mentioned qualities of speech, particularly the first, third and fourth aspects. It has its own benefits. Whenever someone behaves badly with me, I try to speak as politely and calmly as possible, not to impress anyone, but simply to preserve my peace of mind. But, yes, I too lose my patience sometimes. I am a human, like others. But, I understand the importance of kind speech.

There is a particular incident that happened in our home. One evening, my grandfather (mother’s father) just collapsed against the door of my room while entering. What happened was that he suddenly became unconscious and fell against the door. His spectacles broke and he laid there unconscious. Just out of the blue it happened. It was a terrifying moment for all of us. We carried him to his bed, and after some time, he regained consciousness. Actually, he experienced a sudden black-out due to work tension. His tension had been building up, we could see that. That day I committed to myself, I will never utter harsh words against them. Because suddenly I realised, anybody can die anytime. That night we thought we are going to lose him. We may not get another chance to correct ourselves, to say sorry. And since then, I am following this. I have extended this commitment to everybody now. I try not to say anything harsh to anybody, because who knows, maybe it’s the last time we’re talking!

Words are very powerful. They can give us tremendous strength, encouragement and solace, but they can also harm us irrevocably. Sometimes for the rest of our lives. Speech is not just a way of communicating with others, it’s a powerful device to touch others. And any powerful device must be handled with care.

A kind word can often change us if said at the right moment and in the right manner. Therefore, be kind in your speech. Be truthful in your words. Before you speak, try to understand others’ hearts. Be empathetic. Even if others are hostile in speech, don’t lose your quality. This austerity will pay you off greatly.

Thank you for your time. See you again.

This Generation
The World of Children’s Books