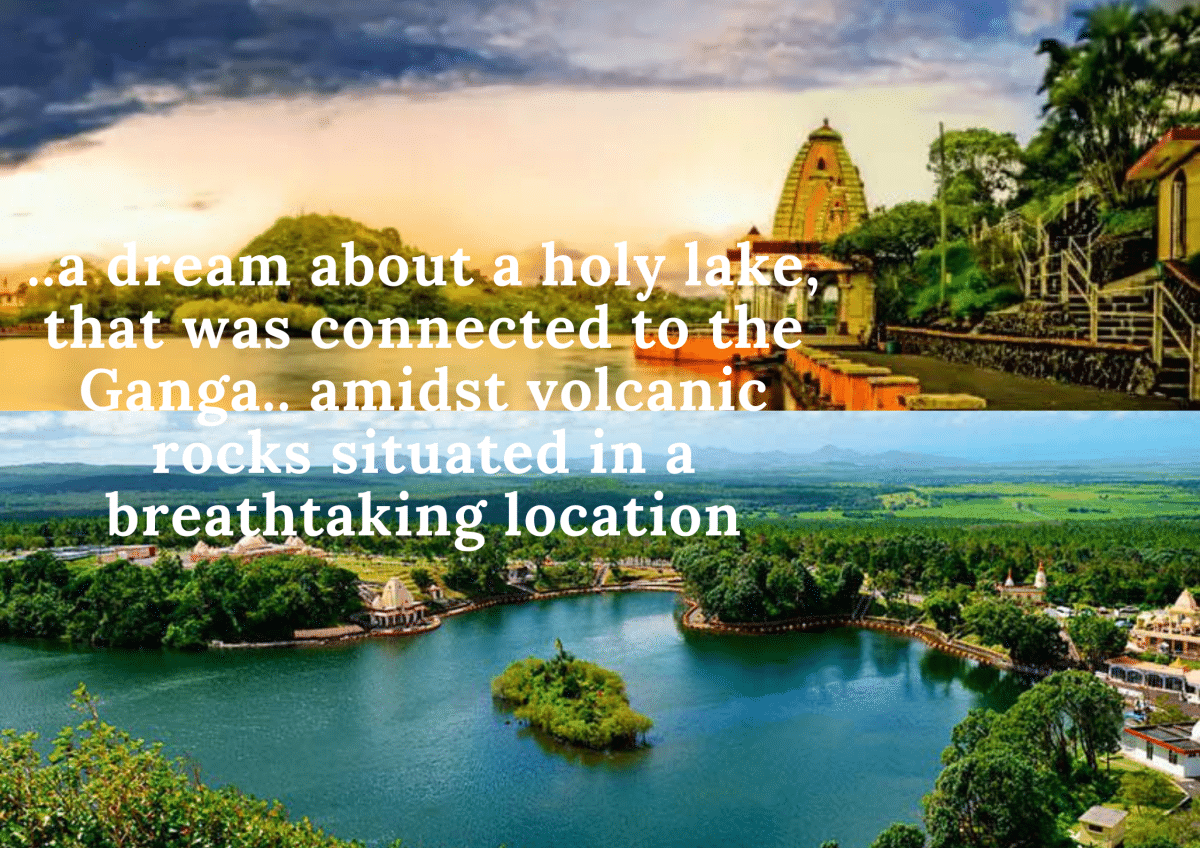 The beauty of Ganga Talao

If I told you that the sacred Ganga flows in Mauritius, would you believe it?

The intimate relationship that Mauritius shares with India is epic around the world. The obsolete British-Raj didn’t suppress Indians in their own land but uprooted many of them to work as slave-labourers in colonies around the world. One such forced migration was to Mauritius. We are talking about half a million indentured Indian labourers. Our ancestors were mostly from Bharat. From heart and flesh, we belong to Bharat.

What is the Ganga Talao?

Ganga Talao or Pari Talao is famous for the folklore of fairies visiting the lake. It is the most beautiful and serene lake you might find. Ganga Talao is the most important spiritual location in Mauritius.

It is located in the south of Mauritius. The sacred lake is found approximately 550 metres above sea level and is said to have a depth of 18 metres. The lake is home to many varieties of fishes and gigantic eels which you would dream of only. However, fishing is strictly prohibited due to its spiritual significance. Now the lake exists on an extinct volcano. Kilometres of nature reserves surround the lake. Those sites are protected nature reserves housing endemic plants and homes to monkeys.

Temples of many Gods and Goddesses are strategically placed around the holy site.

The phenomenon of Ganga Talao

Pandit Jhummon Giri Gossagne had a dream about a holy lake, that was connected to the Ganga (Ganges). In 1887 the holy man set out on a seemingly impossible journey of finding one such lake. He discovered the lake amidst volcanic rocks situated in a breathtaking location and felt his dream materialise. After Pandit Jhummon Giri founded the lake, pilgrims flooded to pay their obeisances to the Lord. The place holds mighty importance during Maha Shivratree. It is believed that a priest carried sacred Ganga Jal from India and with proper rites and rituals added it to the lake. Thus, the name ‘Ganga Talao’ or pool of the Ganges. Subsequently, over the years, people have been bringing Ganga Jal and pouring into the lake.

Every year pilgrims walk in unbelievable numbers barefoot from all around the island to the sacred lake. Walking for up to two weeks with their Kanwars, as other locals provide them with food offerings all along the way. When they arrive at the lake, once they manage to find their own little spot next to the water’s edge, they perform private, small ceremonies with offerings of fruit, incense and fire as well and bring with them handmade ‘Kanwars’ or shrines dedicated to Mahadeva.

Your Reign
Couple Things – by Sanghamitra