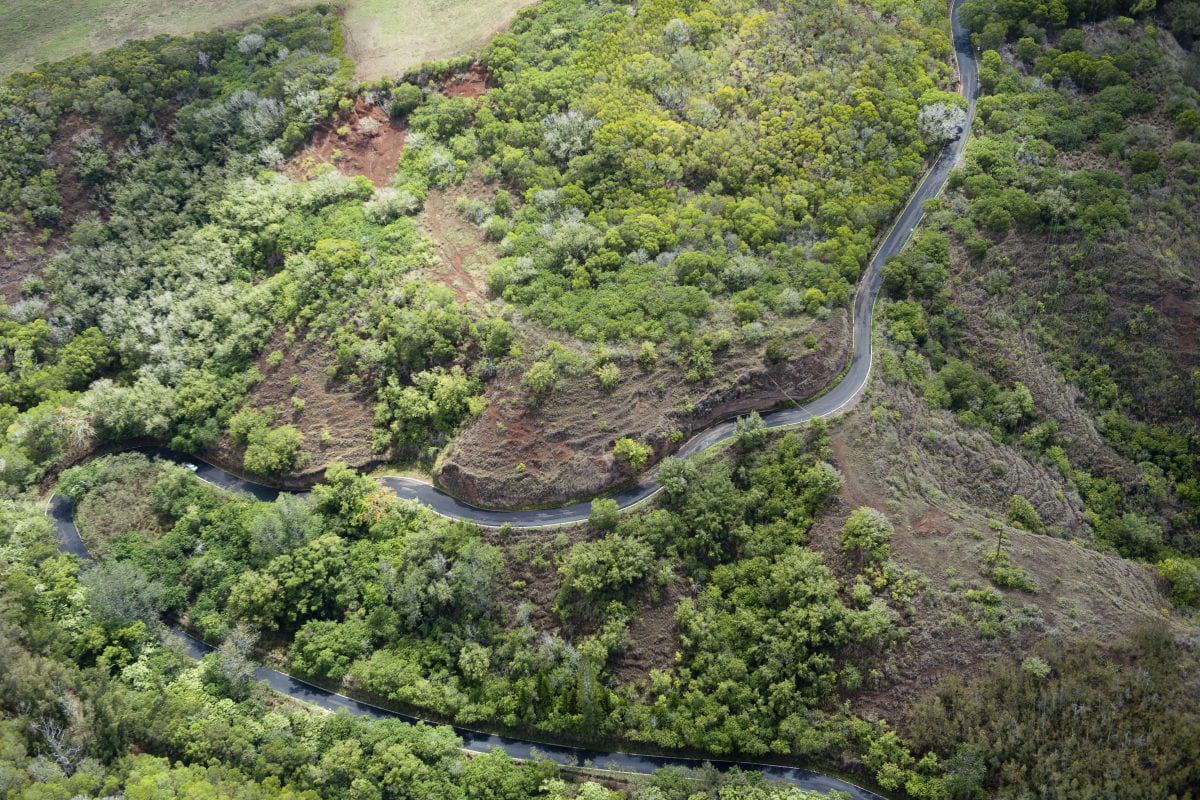 The Call from Mata Vaishno Devi

It was the autumn of  ’86. We had just completed the long-awaited, well planned, and reasonably well-executed holiday to pristine Kashmir and were on our way back from Srinagar to Jammu. My wife Usha, her mother and my daughter Swapna- a toddler of three years- had a wonderful time soaking up mother nature at Srinagar, Pahalgam, Sonmarg, Gulmarg, and other places.

Our trip to Anant Nag was canceled due to some local problems ( not called terrorism, in those days) so I preponed our return to Jammu by a day.
At Pahalgam, I got into a conversation with a cheerful-looking Gujarati gentleman in his forties. “What do you plan to do at Jammu,?” he asked. We were waiting for the booking window to open.  “Well, nothing really, as this was unplanned. I’ll explore on getting there” I said.
Have you been to Vaishno Devi? He asked. I shook my head. I had heard of the temple as an important pilgrimage site for north Indians, just as Tirupati, Rameshwaram, or Meenakshi temple was for us from the south. Nothing more.

“Well, Mata Ji’s shrine is really beautiful on top of a mountain. It’s not just that. You can feel Her energy there. It’s a really wonderful experience. You can do it in a day”.

I asked him how it could be done. And he explained.
“The first bus from Jammu to Katra leaves at 5 am and reaches there by around 7 am. It’s a half-hour walk from the bus depot to the foothills. Even if you start climbing by 8 am you should safely reach the shrine by noon. There will be no rush this time. Devotees do not visit the temple during Pitru Paksha. After darshan of Mata Ji, prasad, and some rest, even if you leave by 3 pm, you could easily catch the return bus which leaves every half hour. The last bus is at 8 pm. Don’t miss this opportunity. God knows when you will come to this side of India again”.

He hardly knew me and yet his words fell out like a prophecy. Well, maybe it’s Her call and that’s why this Anant Nag trip got canceled, I thought.
At Jammu, we checked into our hotel. After settling down, I discussed the planned visit to Vaishno Devi with the manager and he confirmed the schedule and reiterated that the last bus was at 8 pm. Mother and granddaughter would be quite safe at the hotel, he said. With the children’s play area and garden, they would be happy.

No one mentioned the weather conditions or the risks involved with my physical handicap.

The next morning, sure enough, we were in the first bus driving away towards Katra, with excitement in our eyes and prayers on our lips. Reaching Katra by seven, we had a hot cup of tea and began our walk in the beautiful morning breeze. Usha refused to entertain any idea of breakfast saying it could wait after Mata Ji’s darshan.
Then began the climb.

” Jai Mata Di” echoed in the air as we met other devotees on the way. Initially, being unfamiliar with the customs,  we kept to ourselves. But slowly we began conversing and enjoying the company. There was no road. Just gravel and cleared mountain pathway with uneven steps crudely cut from rocks – an important fact our friend conveniently missed out. And I had not even a stick to support. But mother nature in all her morning glory, held us in rapture to bother about these trifle things.

“Jai Mata Di” engulfed the air as we climbed along happily, taking pictures, resting, and conversing. Time had no hold on us and very soon it was nearing midday. We had eaten nothing except some fruits and another cup of tea on the way. Looking up, I saw the dome of a temple with a flag fluttering. Excited, I asked the person next to me if that was the shrine of Mataji.  “Yes, it’s Adh Kuwari. It’s the midway point” he said in a matter- of- fact way. Then he proceeded to explain it’s significance. I was hardly listening. My jaw dropped!  ” What ? are we only halfway?” He said ” Yes ! the main temple is still hours away. Jai Mata Di”

Our friend was clearly a Superman to make it in four hours, or had never been here himself !!

I sat down to grasp the situation. At this rate, we would reach the temple only by 4 or 5 pm. Then the darshan, the return climb down, the last bus at 8 pm. How would it be possible? My first reaction was to return after paying obeisance at the Adh Kuwari temple. Usha negated it firmly saying we could not return without having Ma’s darshan, come what may. After all, it is She who has called us.

This pumped up the adrenaline in me. I said “Ok. Let’s start and leave everything to Her”.

Now the climb was relentless, the goal had to be reached. No looking back, no photography, no time for nature. “Jai Mata Di” now took on another meaning.  Please hold our hands and take care of us Ma! a fervent plea rushed forth from our hearts. The breaks now were only to catch our breath or to gulp water. We did not know how the next three hours went by. Nothing was on our mind or in our view except Mata Ji’s abode. By 3 pm we were at the temple, by Mother’s side.

There were very few people in front of us, as predicted. The experience more than made up for all the trouble we underwent.
The shrine was in a cave. We had to bend and wade through knee-deep chilled water flowing from within. It was as if everyone was being cleansed and purified before entering Ma’s abode. All fatigue drained away. I stood in front of Her with no prayer coming forth. Only tears of gratitude. What had we done to be pulled up and given this darshan?

No one told us to move ahead as is the custom in all temples in South India. We just stood there in gratitude, as if mesmerized by some force. Taking the prasad, we took leave with a gleam on our faces and happiness in our hearts. Coming out of the temple we recognized the rumblings in our stomach for the first time. Puri, chile, and halwa was being served which we grabbed and finished off in no time. It was nearly 4 pm.

The return had to start immediately but now a new challenge presented itself.
It began to rain!

” It is customary to rain around this time daily. It’s Mata Ji’s blessing ” they said. But to me, it presented a huge problem. With my handicap of a weak leg, the chances of a slip, a fall, or sprain increased exponentially. But we could not wait. Time was precious.

Holding our hands to support each other, we started our downward journey. The goal was now the 8 pm return bus. Every time we asked someone the time to reach the bus station, the answer would be four to five hours. I realized later that they were saying this from their perspective of a leisurely pace. Everyone we spoke to, thought that we were crazy. “Nobody does this,” they said. “People rest after the darshan, enjoy the mountain sunset, and leave the next morning”. Their words fell on deaf ears and only helped to increase our speed. The jumping turned to sprinting and even crossing over steps.

Finally, we reached the foothills and continued to prod along but my stamina was clearly giving way. 8 pm and we were still half a kilometer away from the bus depot. Now it was only hope, that kept us going. An eerie silence took over as Katra closed in for the night. The bus would have left by now. What would we do for the night? I refused to entertain such thoughts. Ma would take care, was the only hope.

It was past 8.30 when we saw the dim lights of the bus depot. Approaching closer, we saw a bus waiting with a few passengers inside. It was facing away from us. Was it our bus? What if it just left now, since there was no one else around? I panicked and told Usha to rush ahead, waving to attract the driver. She did so and managed to reach the bus.
Soon I was holding the railings of the bus door and it seemed the most wonderful thing in the world.

The conductor, totally oblivious to our situation, looked at me, and said “why are you panting? The bus just came in and will wait for some more time. We had a breakdown and could not make up.
We got in and slumped on the first available seats. Mother Divine had delayed the bus and kept it waiting for us. Thank you, Ma!! A cry went out from my heart. With all my jumping and sprinting – not one fall, not one scratch!
She had called. We had responded and pleaded.
And She had delivered on Her promise !!
Jai Mata Di !

PS: I visited Vaishno Devi, a second time in 2007 with my second daughter, Sneha. We were on our way to Amarnath via Baltal. The changes were just too much for me to take in. Smooth well-lit roads with resting places; langar on the way, shops and noisy music complete with Cafe Coffee Day and Barista! Even helicopter rides to take you in minutes. At the temple, the cave was gone. With thousands of devotees at any given time, it was a safety hazard and had to be removed.

I felt sad as a nostalgic wave hit me.

A Nobody , who has found his bearings and yearning to become Somebody at the Lotus Feet of his Gurudev.

When in Doubt – Don’t!
Understanding leads to happiness