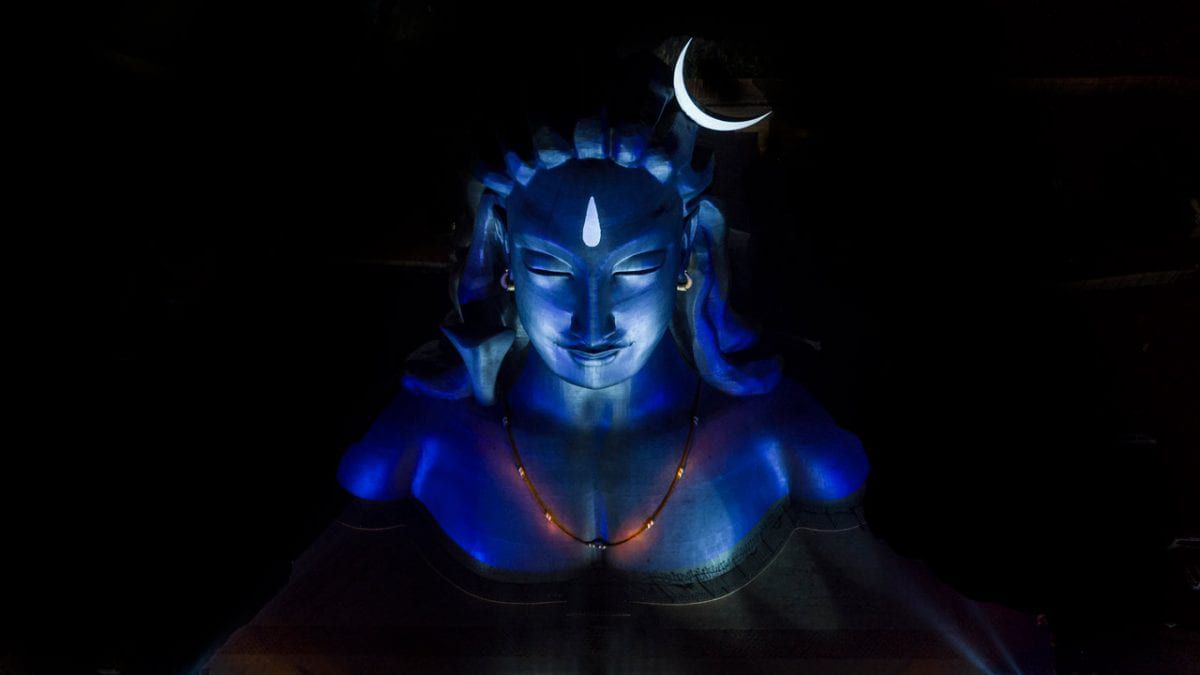 This post, like the most of my devotional posts is written in the wee hours of night. When samsara leaves me alone. I close the door of my room as well as my mind and the only thing remains is him. Like a lover spends most of his day at the hustle-bustle of the work place and misses his beloved, while peaking at her picture every now and then, I too crave these hours with mine.

So again, I would humbly request every reader to not to share it with any non believer. 🙂

“What’s this Divine Love? What’s so special that makes it so divine?” I found asking myself one day. This new feeling was completely different, my life was far from being perfect, it had many ups and downs and sometimes it was emotionally draining too. But this new feeling was so beautiful that I found myself smiling out of the blue, I’d be in middle of some work when I’d see him sitting on my desk, I’d look at him and smile. Everything about him was just so charming, a different level of charming that arouses no hint of kama But respect, love, devotion.

Whenever I’d hear any friend talk about a crush, a girl or a boy, I’d always sense a tiny sense of physical attraction and they named it love. Even I remember swamiji saying in one of his videos that Kama is mostly inevitable when humans talk about love. But mine, was not that. I was confused, I certainly did not feel attraction but still I was smiling like a New Bride.  Then what was it? This new intense feeling that made me never want to come out of his thoughts. He is just so beautiful that anyone will fall for him I told myself. But it was not his physical form I fell in love with, I started adoring it gradually as my feelings became more and more intense. It was his kindness, that I fell for, and I did not fall really. His love raised me.  I wanted to be like him. Exactly like him. It raised me from the pettiness of human mind. Not fully, but yes, it made me see the difference. When I wrote 22 things, I looked at him and chuckled while reading your kind comments. I said “They think it’s me so wise, when actually it’s you ! don’t mind me taking the credit 😛“.  Whenever I needed him, he was there. Probably the only one who showed me such great affection.  One instance would be imagining things, a story, that you tell yourself, which is also a very beautiful form of devotion. But another is, to know with conviction. Mine, is the latter one.

His love was gradually, consuming me. I did not realize it until one day, on a chilly winter evening. I was sitting on a rikshaw , on my way to the market that comes alive in the evening. The cold wind was brushing my cheeks and suddenly my mind went blank. I closed my eyes and I felt him everywhere, this is a feeling that often grabs me out of the blue after I first experienced it . I’d be in the middle of something and suddenly, everything would go blank and I’d see him where ever I look. I’d some how know that he is everywhere, in everything. The best way to experience it completely is to drop whatever I am doing and to just absorb the one-ness with closed eyes. But that day, in the rikshaw, even with the open eyes I could feel him in the air I was inhaling. I could feel him as my skin. I could feel him as the body the air was going into. Then where was I? If everything was him, then where is my existence? I was a fool in love ! lost in my beloved!

So this love then, is not like any other form of love.  Is this like a mother’s lap? A father’s hug? A Guru’s presence? A friend’s shoulder ?  A lover’s kiss? well, it is everything combined. It is more intense than everything combined. It feels like the soul is home. It’s not being with your beloved, it’s merging within him, It’s losing your own existence and knowing that it is where you really belong. That’s what separates it from human love I think. What I still crave for is his Darshan in real Physical form. Not in visions or dreams and not even in my mind where his lively form is so damn clear. The veins popping out of his biceps and arms, his strong shoulders that I often rest on,the Rudraksha on his neck that meets my eye, I can go on and on explaining every detail 😛 but I will not bore you with my childishness.  How intense you ask? So intense that your heart will fill with abundance. You’ll know that you are being loved back.

Tu Rahe mere sath isi tarah jaise mere dil mai dhadkan teri ho, (Be with me, just like this, like the heart is mine, but the beats are yours)

Tujhe yu hi harpal mehsoos karu, jaise zindgi meri, or saase teri ho !(May I always feel you close like this, Like life is mine but the breath is yours)

“Why don’t you ask for something then? you spend so much time with him” A friend once said. This is the only friend who knows about my devotional love affair 😛 “He will provide you with everything won’t he? oohh pleeease can you ask something for me toooo?” She said pleading. I really wanted to laugh hard, but thought of it as rude. “No he doesn’t” I said. “He doesn’t give me everything I want because sometimes, even I don’t know what I want” This one time, I remember, I was so stubborn that I probably drove him mad, asking for this one thing I really really wanted. I wouldn’t sleep or eat, I’d just cry like a two year old baby. So finally, like a helpless parent, he gave it to me. Little did I know, that what I asked for was a time-bomb. But again, he took it on himself and took it away minutes before it exploded. “So, you see, humans are crazy, we are so engulfed in the little things that we ourselves don’t know what’s good for us”

He, has never placed any conditions on his love, ever. He never gave up on this petty human who isn’t really a worthy recipient. I am literally far-far away from being perfect. One time, things went wrong and that put me in a weird state of I don’t know what to do anymore . I was so mad at him that I skipped my morning abhishekam . What happened then, you ask? well, around 6 pm in the evening, I did the abhishekam then we had our first meal of the day together, like always. How could I eat without him? .  This is Divine love, it always pulls you back. You can fight all you want, but at the end of the day, you’ll be right there, in front of his eyes, where you really belong.

“So you are planning on becoming a monk then?” Asked my mother one day. “Not necessarily, I still have to do a lot of things, this world is full of cruelty, I have certain things in my mind that I want to accomplish”  after sensing what she was really asking I continued “If you are asking for weather I’d marry, then I don’t see any fault in the concept. I have seen and felt, what love should be like, and I can offer the same kind to anyone, but the question is, would he be able to love me that way? the true, self-less way that I am now used to, would any human be enough for me? ” There, I realized the final and true difference between love and Divine love. It is non-transactional , truly self-less and forgiving. You can create a huge lot of mess and still find refuge. His love makes you complete in every sense, you never feel lacking, his love makes you secured and protected. Most of my life, I have only experienced conditioned love, it’s the human way I suppose. Only humans look for “what’s in it for me” type of relationships. Haha, all my friends and I myself are in our early 20s I know what conditioned love looks like, trust me :P. But with him, you ask for things that you need, but it’s mainly just conversational, nothing more. Its fulfillment has nothing to do with your love. It’s more like “I am yours and you are mine, no matter what”  .Your search for love, will end in Divine infinite love.

In all honesty, just read it again, and realized that these words aren’t mine.❤

Dedicated to and offered at the feet of my Divine.