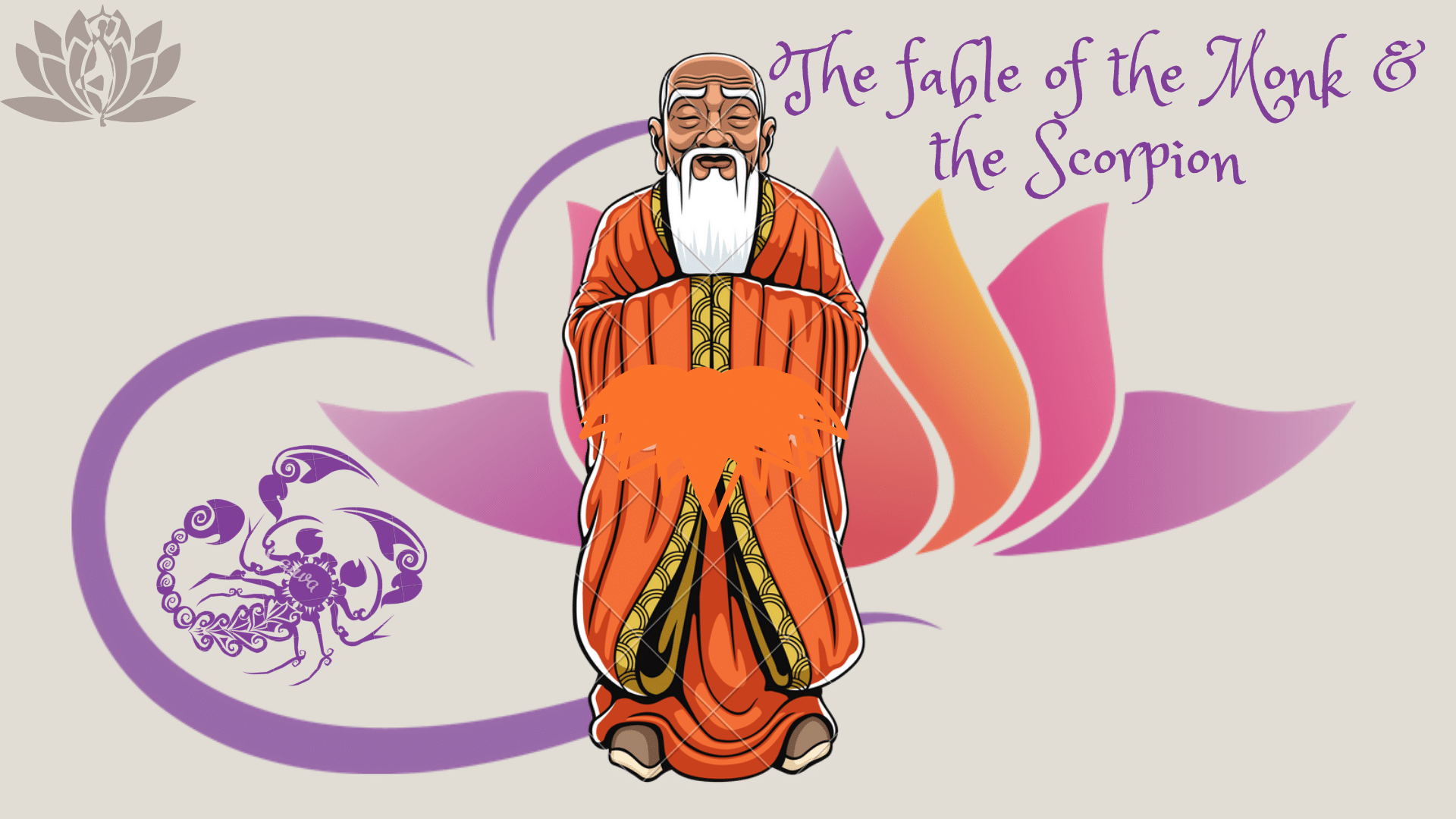 The Fable of the Monk and the Scorpion

The Sun doesn’t ask who are you, trees don’t ask which race do you belong to, water doesn’t ask if you are good or evil

nce upon a time, a monk accompanied by a young disciple, was returning to the monastery after having completed an errand. While crossing the bridge, he noticed that a scorpion was struggling against the current of the river. The monk swiftly descended the stairs, entered the river and gently plucked the scorpion in the cradle of his palms, maintaining a gentle smile and serene expression on his face. For a monk, every life is precious. There is absolutely no distinction.

The peaceful monk gently lowered his palms to the stairs acting as the riverbank. Just then the scorpion stung the hand of the monk. Without meaning any harm to the creature, the palm of the monk slid a bit through which the scorpion fell in the river again. Pain shot throughout the arm of the monk. Any other reasonable person would have left or would have proudly exclaimed “what an ungrateful creature to sting me in return for saving its life”. The whole episode was being observed by the young disciple. 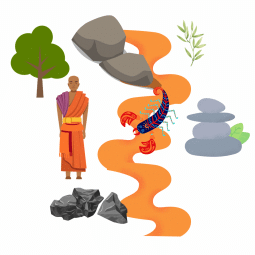 This time the monk was very careful when picking up the scorpion without disturbing it. But the scorpion stung the monk again. The whole episode was repeated several times. There was a gentle learning curve for the monk as well here. Being gentle and slow wasn’t resolving the issue. At this rate, the creature would surely die. So the monk relied his trust on the scorpion’s ability to handle itself once it was outside water. The monk picks the scorpion gently and quickly flung it on the stairs. As soon as the scorpion touched the stairs, it scurried away safely.

The young disciple swiftly descended the stairs to help the monk out of the water. While holding the hands of the monk, the boy observed the numerous sting marks and a shiver ran through him. The young disciple couldn’t comprehend the adamancy of the monk to save an ungrateful scorpion’s life. He asked the monk, “What is it in saving a scorpion who stings you again and again?”

The monk sat at the river bank and signalled the boy to sit as well. Both bathed in the gentle sound of the river flow. Taking peace in its serene music, one note in the cosmic music and dance.

“If I enter into this water, I will get wet; the nature of water is wet. See this tree over there? Anyone can sit under its shade, the tree will never ask if you are young or old, good or evil, human or animal; it will provide everyone and anything with its shade because this is its nature. The same thing for the scorpion, its nature was to sting, so it stung. There is nothing to take offence in it. Human nature is to be compassionate towards every being. When water, the tree and the scorpion didn’t go against their nature, can I, a simple human being go against my compassionate nature?”

The boy smiled gently with this knowledge. The young disciple helped the monk to stand and both returned to the monastery maintaining a gentle smile.

Life is beautiful when we are always in sync with our nature. Always smile.


Login with Email
No Account? Create One
My Spiritual Quest – 9
The Day I Planned to Go to the Himalayas