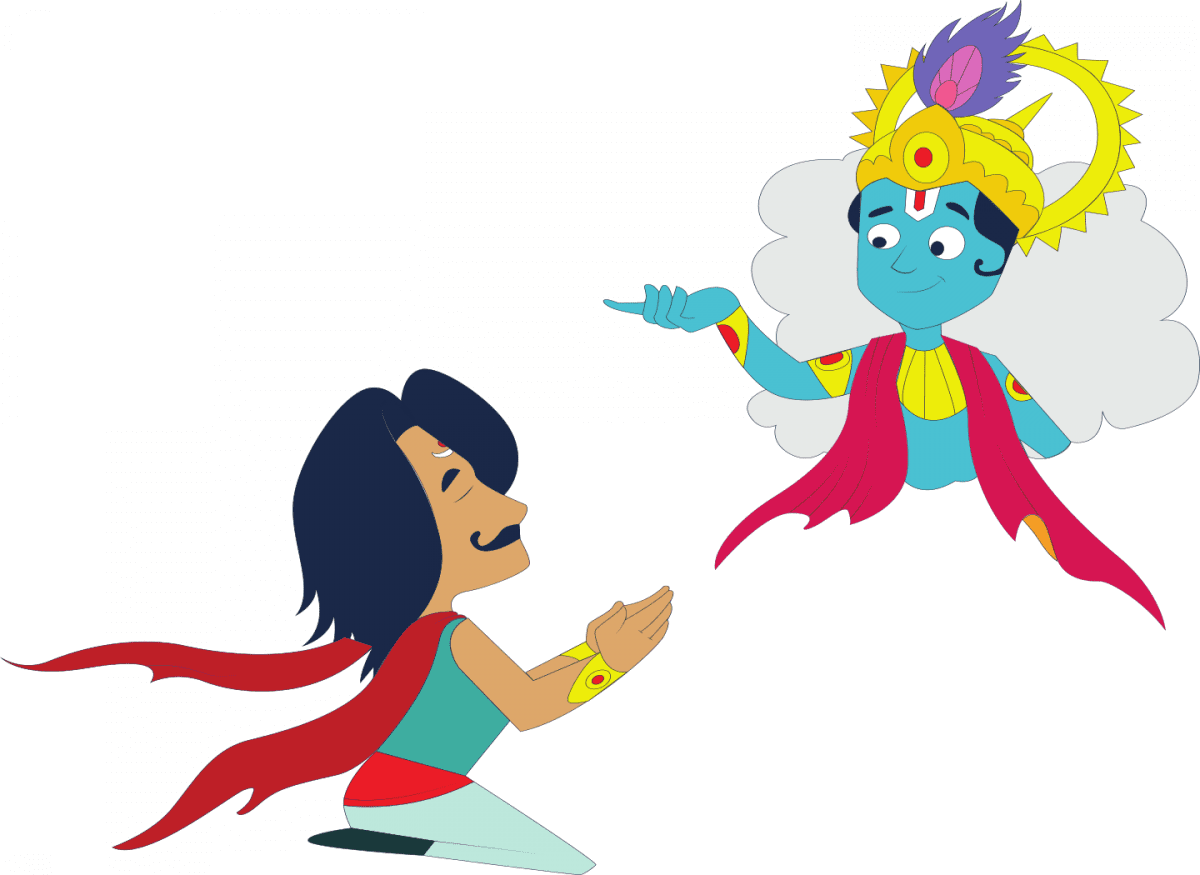 My musings on the Gita.

You can read the previous part here: Chapter 9

In previous chapters of the Gita, Lord Krishna has told us about enlightenment, meditation, and the divine. But he’s not elaborate much on the latter, teasing us with a few glimpses of his greatness. So, obviously, Arjuna wants to know more. He asks Krishna, “Who are you? Really, not some mystical answer that makes zero sense, like I am the same as you or we are all one.”

Then, Krishna had to explain the greatness of his divinity. He describes himself very colorfully, stating that he is the greatest among everything in different ways. He calls himself Indra, the king of the Devas. He also calls himself Krishna, the greatest of the Vrishnis. That’s…well, that’s himself. But here we need to understand something.

But as Krishna says, what use is there of knowing this? What has it done for Arjuna?

Obviously, Arjuna has no reply for this, but I do. This was a wonderful chapter that taught us the difference between stating facts and bragging. I must admit that it sounded like this chapter was going to mostly be Krishna boasting about himself. It was nothing of the sort. Actually, it was very matter-of-fact, without a word of self-praise.

The Buddha Amitabha had all rights to be egoistic. He was formerly a prince but now was about to become one of the greatest Buddhas ever. He had passed many “pure lands” with great Buddhas and Arhats in them. He was determined to make a pure land for all Buddhas, without any conditions. But hey! First Buddhahood, then a party, and then maybe a commemorative statue or ten, and then maybe a pure land. Maybe.

I’m sure that was running through Amitabha’s mind at that moment (probably not). He could have bragged and partied. Instead, he threatened to not accept Buddhahood if his vision didn’t come true. It did come true, though.

Here’s another little story. The Adi-Buddha is a powerful concept in Buddhism. The first Buddha’s identity is questioned, with theories ranging from Vairocana to Jagannatha (you have to be kidding). Oh, and by the way, in the second theory, the Buddha is the second avatar of Jagannatha, and Chaitanya Mahaprabhu is the last (since when was Chaitanya Mahaprabhu even Buddhist?).

But I digress. The Adi-Buddha in question here is the Buddha Samanthabhadra. He, of course, was a great monk, and like any other monk, had ego issues. So he took several vows to prevent the ego from getting to him. These vows have since become standard procedure for monks. One of these vows was simple yet powerful. It was  “To respect and worship all of the other great Buddhas.”

Another simple yet powerful vow made by Samanthabhadra was “to repent for all of my misdeeds and evil karma.”

So, why don’t you get started on doing that?