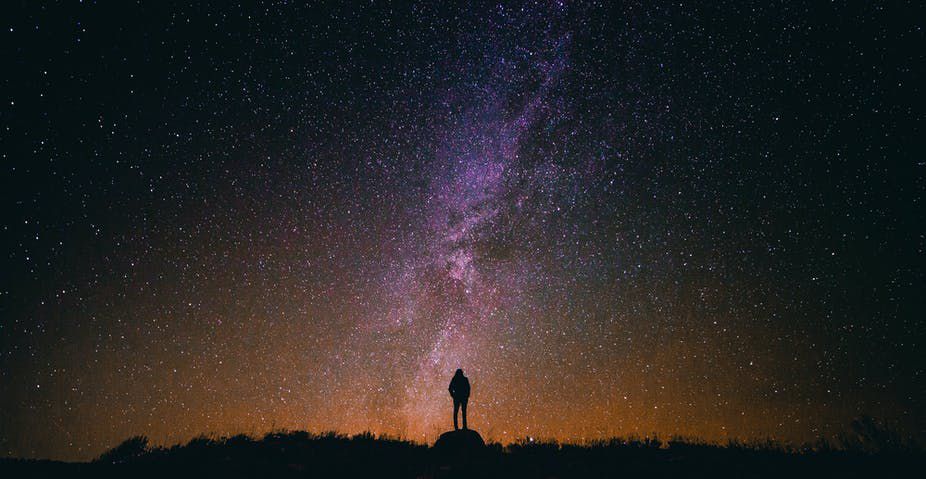 Commentary on The Grand Design of Universe: Part 1

A series of articles comparing conclusions about the universe from the best minds in the field of science and spirituality.

Over the past few centuries, scientific theories and thought processes have defined evolution of the human race materially and philosophically. There is no doubt that scientific inventions have been pivotal in the transformation that human civilization has seen since the stone age.

The great scientists of the past and present have spent lifetimes to establish and validate laws that substantiate the actions that we observe in and around us in this universe. What were previously looked at as an Act of God now have a scientific explanation to its cause and effect.

If we look at the lives of the greatest scientists of pasts, the major resistance for acceptance of their theories and laws of nature have come from the religious beliefs that formed the basis of the operation of society. While spirituality slowly got diluted by religious dogma, science found its strength in reasoning and validation via experimental proofs.

I personally have very little doubts on the explanations given in the ancient texts of Sanatana Dharma (Here I am referring to the primary sources, the Vedas and not any incomplete translations or commentary) but as a student of science I cannot ignore the findings that scientists over the generations have put forward.

The scientists and philosophers have done phenomenal job in deconstructing the laws that define how the universe operates. The heavyweights of the field like Socrates, Aristotle, René Descartes, Galileo Galilei, Sir Isaac Newton, Nicola Tesla, Albert Einstein and many more have pitted science against spirituality. This has indeed lead people from both schools of thought to come up with the best reasoning for any belief (Read theory) in question.

While there is lot of scope to discuss on the works of the greats I have mentioned above, I would like to bring the attention of the readers to the works of one the greatest (if not the greatest) thinkers of post Einstein era; Theoretical Physicist, Cosmologist, Stephen Hawking.

Hawking was the first to set out a theory of cosmology explained by a union of the general theory of relativity and quantum mechanics. If you are really interested cosmology then I would recommend you watching his series Stephen Hawking’s Grand Design (on Discovery plus) or read the books he authored.

As mentioned, I will be writing in future few more articles comparing the philosophy of science and ancient religious texts, pitting them against each other. Today I want to elaborate on a  simple (and short) commentary that caught my attention first.

This is what Stephen Hawking had to say at the end of first episode when he was summarizing up on his findings for the question Did God Create the Universe?

“This leads me to a profound realization, there is probably no heaven and no after life either, we have this one life to appreciate the grand design of universe and for that I am extremely grateful.”

While this above one sentence itself (from his many conclusions) has enough to raise multiple arguments, I would like to emphasize on one phrase that is universal and complete in itself,

“We have this one life to appreciate the grand design of universe and for that I am extremely grateful.”

I would further zoom into his words to highlight his sense of Gratitude towards life.  It is a clear sign of highly contented life. Indeed, there is no comparison to his achievements in the field of science but his life was anything but a cakewalk.

To briefly explain, the biggest challenge in life of Stephen hawking started when he was diagnosed with an early-onset slow-progressing form of motor neuron disease (also known as amyotrophic lateral sclerosis (ALS) or Lou Gehrig’s disease) that gradually paralysed him over the decades. Since late 1970’s he was forced to use wheelchair for any kind of movement.  Not just that, after the loss of his speech, he was able to communicate only through a speech-generating device—initially through use of a handheld switch, and eventually by using a single cheek muscle (Details). But that never stopped him on his mission.

In spite of living such a challenging life, Stephen dedicated his entire life to answer some of the fundamental questions in science. He leaves behind very strong answers for aspiring scientists to work on and start as a substantiated assumption to carry out further work. Most importantly at the end of it all he lived his accomplished life with a sense of Gratitude.

I am not an expert to speak on Gratitude. You can read all about it here. But there is one thing that I can infer, be it a scientist or a philosopher, a Yogi or a Rabbi, everybody has one common message; to practice gratitude. Although there are many conflicting conclusions between science and religious texts but there are handful of messages that shout out in unison. We should surely invest our time in incorporating these common messages from the greatest minds of the past.

Be Grateful, Be Mindful, Be Here now!

Disclaimer : The content of this write up has some inspiration from Stephen Hawking’s work. The interpretations quoted here are solely down to Author’s understanding. For details it is recommended to go through the original works of Stephen Hawking. The translations and Sloka’s from Upanishads have been taken from sources indicated.