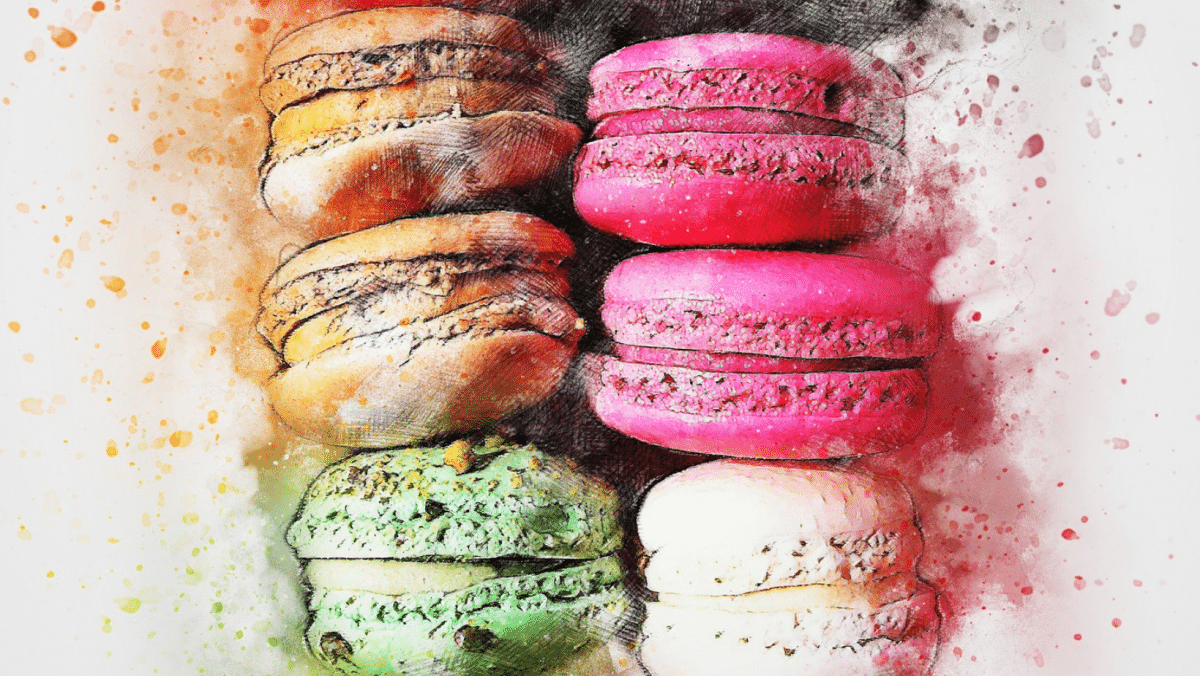 "Although Victory did not like all the flavours, it was time to have them all laid out on her life-table."

The world was hustling and bustling draped in Monday-mania, and here sat Victory, yet again, engulfed in complete idleness.

As if she had gathered the solace of the universe in a cup of tea, cuddled between her frozen palms. Legs folded, on her bed, she gazed at the wall right in front of her. And there! She dived into the ocean of thoughts; her life stories.

Many stories float there; some with a happy ending, and some unfinished. “Has the time come to conclude them?” she asks her heart. No answer. They will perhaps conclude themselves at the right time.

The bell rang twice. Someone was at the door. “Oh no!” exclaimed Victory. Victory did not want to face the world in those days of turbulence as it often presented her with a variety of people and their plethora of undesired advice, just like packets of unwanted multi-coloured, multi-flavoured macaroons.

Each time she met with people, they would cook her lectures on “how to build a happy life,” wrap them in the silver foil of monologue, and deliver it fresh on a fancy hot-plate.

They did not have the taste of Victory’s turbulent life, yet they never failed to take the opportunity of demonstrating their self-proclaimed wisdom to her, as a gift of charity.

“I do not need lectures for food,” she hollered in her mind. Meeting up with people would have made sense had they carried the heart to hear her perspective, her unfinished stories—as that would have helped her heal.

“I do not desire lessons on how to live this life under the rule-book-of-to-dos, indexed with an assortment of situations. No one taught me ‘love, emotions, tears, laughter, pains, sensations, tickling, anger, madness, feelings, craving, desiring, longing etc. They came naturally to me as they do for every human. Then how can I be taught about living LIFE? Life will uncover itself and teach me with experiences,” she thought; exhausted and frustrated.

She trudged towards the door and attended to the guest.

Victory can’t always stay hidden. She had to step out of her mind and walk into this world someday. With this thought lingering over many days, she stared to prepare herself for this arduous task.

Charged up for her next story–the story she would now create; chin up, she sat at a distance from her chattering mind, swung open her heart, narrowed her eyes; signalling a careful study of the remarks that people made to her, especially after reading her work (as she often expressed her deep emotions, grief and failures through her stories).

They thought they can ‘read her’ by reading her stories. Little did they know that reading life is as complex as multiplying 6754*7432 in one second. 🙂

💫 We often only guess, observe, or analyse others within the limits of our perceptions. And did they forget that humans are transient beings; ever-changing?

Proceeding into her study, she zooms her lens on the remarks that referred to her a brave flower, a delicate snowflake, a bright Sun, a spine of steel, a hero, a lion, and then she turns her eyes to the ones that labelled her dark, sad, lonely, mysterious, depressed, lost, and burnt. These were strikingly contrasting and variety-heavy comments, and people!

“Wow, the world is bubbling with a variety of people similar to a variety of macaroons in multi-colours and flavours.”

💫 “Although I do not like all the flavours, I think it is time that I have them all laid out on my life-table, else the world will be such a dull place to live in—limited to my lonely room,” she thought and smiled, nearly after an eternity.

I don’t mean to oversimplify that Victory remained empty of reactions when she gulped down the flavours of macaroons she did not relish, yet she sure learned to have them all laid out on her life-table, with no particular attachment or distaste to any. Thereafter, she let people touch her gently, prod her harshly, pat her back, punch her gut; without writing them off, for this is the path she had chosen to tread on—the path called life!

Victory was starting to open herself to the world, and as is the fate of the one who is in the process of revelation (through their expressions and stories), she witnessed hers; which was to keep imbibing life lessons.

She embraced and savoured all the macaroons that got served on her life-table–red or blue, warm or cold, savoury or insipid.

💫 She understood that in order for her to step out and shine through, she must become ‘Inclusive.’ 💫