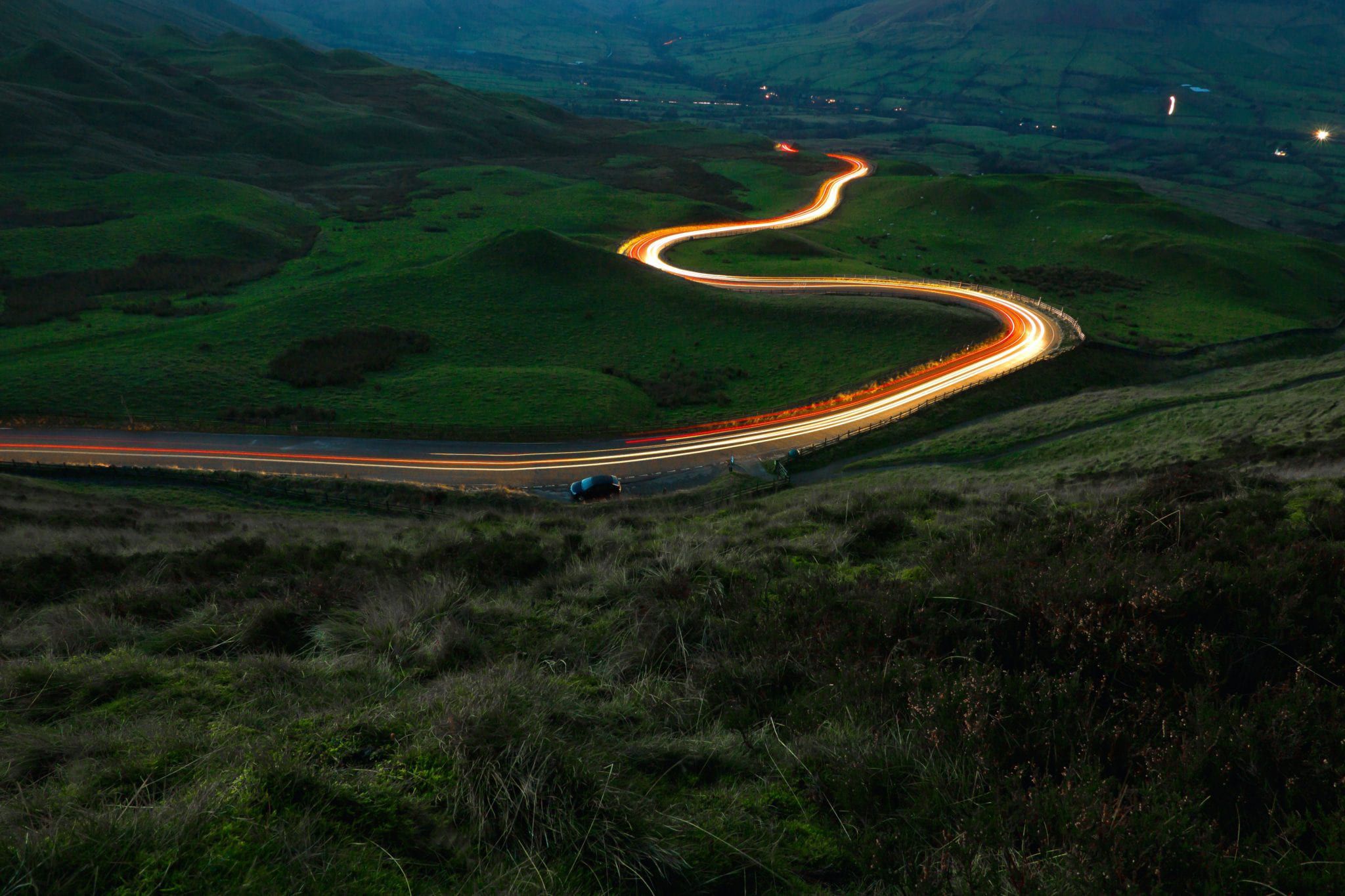 The journey… Safar (सफ़र) and the suffering continued

An account of my experiences of the ashram visit for the first time.

Here I wish to narrate how my own passivity had ruined my very first experience at the ashram.

As we entered Himachal Pradesh and the bus spiraled up the mountain roads, I found myself literally swaying like a willow and my stomach too churning in synchronization. It was as if the mythical Samudra Manthan was being re-enacted inside me with my intestines playing the role of the serpent. Thankfully this manthan did not churn ‘out’ anything.

It was 4:30 am when I was dropped at Solan Bus Stop. It was pitch dark with not a soul around. The driver of my cab, which was to take me to the ashram had asked me to call him only after I had reached Solan, I obediently did. As I waited for the driver to arrive, chilly winds started playing the trumpets in my ears. I was shivering although it was not too cold as per standards of Himachal.

Being brought up in a place of the hot and arid climates, I was not accustomed to even the slightest of the cold temperatures. All my winters were packed deep inside my suitcase. I somehow managed to pull my sweater out of the semi-opened suitcase. I was scared and unsure if I was in the right place. Thankfully by 5:00 am I saw many locals queueing up at the bus stop for early morning buses. I was surprised that hardly anyone wore any warm clothes.

When the cab arrived, I was bewildered. Not only the cab was a small Maruti Alto, but also the driver was a very young chap maybe in his early 20s. I could hardly believe that such a small car, that too driven by such a young guy would take me up the mountain roads.

Despite the chilly winds, my sweat glands got activated, I was nervous, but their ‘dams’ broke when we started speeding up the mountain road in the pitch darkness. All the way I kept crying and begging, “Bhayya please dheere chalao, dheere chalao”. No amount of assurances from him could calm me down. The last stretch of 12 kms down to the ashram, gave me some mini heart attacks and jump scares. With each turn down the uneven mountain ways, I was swearing to never return to that place.

I sighed a breath of relief as I got down from the cab at the ashram. It must have been around dawn break when we reached there. Shri Hariji’s aarti song was heard coming out of the temple, as I waited at the reception office. A while after the aarti ended, I could see from far away, two monks with clean-shaven heads, wearing ochre robes emerging out of the temple. I assumed that one of them must be Swamiji, but later only to realize that they were actually Swamiji Vidyananda Om and Raghu Swamiji. But I was more than contented with my own assumption because sometimes breaking illusions lead to disappointments.

When I checked into the male dormitory situated on the first floor of the office, it was almost fully occupied. Somehow, I managed to sneak into a corner. The hallway was packed with almost 120 people, over that people also had also kept their luggage in between. As I mentioned earlier that I was not so used to sharing spaces, it was a real difficult thing to do. But complacency is certainly not a virtue, and it can only be broken when one is willing to come out of their comfort zone. Trust me never have I had such a night of good sleep, despite the limited space I had and the minimal sleeping arrangements.

The ashram setup was a modest one at that time, unlike the present. There were hardly a few buildings around. The dining area was an open terrace, covered by a shamiana. The kitchen was a small room made of mud and bricks and so was Swamiji’s meeting room which was situated next to the dining area.

There were rows of bathrooms and washrooms situated near the driveway. Simple meals were served during breakfast, lunch, and dinner. There was also provision for tea and coffee in the mornings and evenings. In Northern India, usually, rotis and paranthas with dollops of butter are revered over rice. So it wasn’t surprising that rotis and paranthas were a part of every meal at that time. There were people who seemed upset with the arrangements, but surprisingly I wasn’t bothered much.

Apart from the regular routine of attending the discourses and aarti at the temple, people spend most the time either sleeping, roaming, or socializing with others. Several of us also made trips to the river Giri Ganga, flowing beside the ashram. I remember, we all sitting around Suvi Ji after lunch or dinner sessions and hearing stories from him about Swamiji. Everyone around seemed to be seeking validation of their faith in Swamiji.

But all good experiences can get ruined if you are not well prepared for the unexpected or if you are physically unfit. I have had lead a sedentary lifestyle ever since I have joined the IT industry. A desk job, with hardly any time for exercise and gorging on junk food, has become usual for me. As I bloated and slowed down, my immune system went for a toss. I was susceptible to climate changes, stress, and strain. My cupboard shelves at home lined up with medicines, resembled more like the shelves of a chemist. Be it dust, smoke, weather, long journeys I was bound to get affected.

Despite wearing layers of warm clothing like cottswool thermal sets, sweaters, caps, and mufflers I was shivering like a wet cat. By the second night at the ashram, I was down with a high fever, sore throat, and a runny nose which was hard to stop. Me being an idly, dosa, sambar, and rice person I couldn’t digest the butter smeared paranthas either. This was the damage that I had done to myself over the years.

I spent the rest of the days at the ashram either inside the blankets or making trips to the washroom while missing out on most of the sessions with Swamiji. Having to walk up to the washrooms in the middle of the nights, that too in extremely cold weather was the most annoying thing for me to do. The rocky and dusty terrain around added to my miseries.

I had arrived at the ashram to experience bliss and haven, but my own apathy had turned my experiences into a quagmire. No place feels out of place if you are flexible, fit, and fully prepared. An unfit body and disturbed mind can make you experience dystopia even in paradise. When you are not well, your mind is affected too. I experienced anger, jealousy, irritation against the people around, who seemed to be having a good time there.

While others prayed for getting to stay a little longer, I prayed to go home. Even on the final day, while Swamiji was dancing in my close proximity in trance I couldn’t comprehend the blissful moment. I was immersed in my own trance of pain and discomfort.

The journey back home was no less agonizing for me.  That time Delhi was affected by one of the worst smogs post-Diwali and I had my train to Hyderabad from there. Already affected by fever, cough, and diarrhea I was gasping for breath as the heavy smog and smoke from the train engines engulfed me while waiting at the platform. By the time the train had arrived, I was in very bad shape. Fellow passengers helped me board the train and bought cups of warm soup and hot coffee for me. After arriving home the next day, I was totally bedridden for two weeks.

Now, several years after my first visit to the ashram, I am left with only good memories of those times. It’s only while penning down this blog that I can remember the unpleasant ones, that too after a lot of effort. I have learned that fear, pain, discomfort, unpleasant experiences are not permanent. They remain inside our minds only if we wish to retain them and ponder over them. Had I allowed them to inhabit my mind, I wouldn’t have been able to return to the ashram ever.

Friends, it is imperative to have reverence for our bodies as we would have for our deity and treat it like a temple because it is our body that houses our spirit, or soul as we most commonly call it. After all, it is only through this body that the spirit experiences the world and spirituality. We need to keep this temple well maintained and clean in order to experience true bliss. But for most of us, real bliss is meeting Swamiji in person. Isn’t it? I would like to describe my blissful moments with him in my next blog.

To Your Eternal Hide
Devi