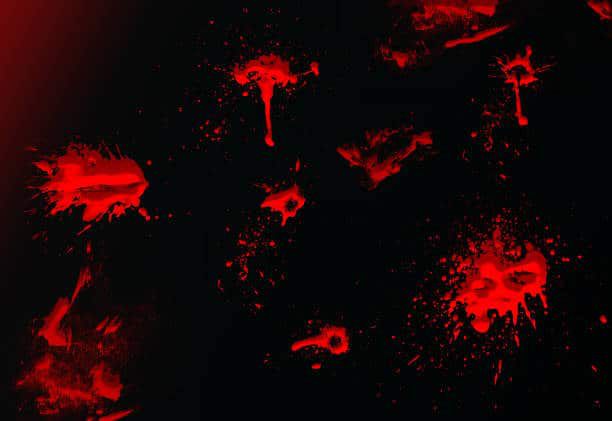 (Respecting the nature of this platform, I will not be posting any explicit and disturbing images. At the end I will provide links to various articles, images and videos on the issue for which viewer discretion is advised .)

In the beginning of the year 1990, Kashmiri pundits became “the other” in their own land. The land which derives its name from the Vedic sage Rishi Kashyapa who is believed to have settled his people here, the land which was important centre for the development of a Hindu-Buddhist syncretism, the land which was home to the powerful Hindu empires of Karkota and Utpala dynasties, was reverberating with fundamental Islamic and pro-Pakistan slogans from loudspeakers atop mosques and radicalized local crowds on the streets. These slogans send chills down the spine even today. Some of them were:-

(We will turn Kashmir into Pakistan along with Kashmiri pandit women, but without their menfolk)

(Islam is our objective, Quran is our Constitution, Jehad is our way of life)

(We will destroy Ganga and Yamuna)

(Either convert to Islam, leave the land, or die)

What followed was one of the most inhuman and barbaric chapter in the history of mankind, gut wrenching and soul shaking to the extent that it is absolutely unfathomable that something like this could go on for years in modern times. This was about 25 years before the west was even introduced to the brutality of radical Islamic terrorism through ISIS. These stories will keep you awake at night but they need to be told to awake your conscience.

Ms. Girija Tickoo, a Kashmiri Pandit, had left the valley and settled in Jammu in the wake of the so called “Azadi Movement” by the Jammu and Kashmir Liberation Front. Girija worked as a laboratory assistant at Government High School, Trehgam before fleeing the valley.

One day she received a call from someone assuring her that the situation was calm and harmless and she can come and collect her salary. What she didn’t know was that her movements were being tracked closely by the jehadis. She was kidnapped as the people silently watched because they believed she was kaafir and deserved it.

Later she was found on the roadside. Post mortem revealed that she was brutally gangraped. The assailants, fearing she might disclose their identity, forcibly put her under a machine saw and cut her body into two halves while she was still alive.

Satish Kumar Tiku was murdered in broad daylight, right outside his house by who he thought was his old friend, Bitta Karate. Bitta had received training and was indoctrinated in POK (Pakistan Occupied Kashmir). On the orders of his commanders and seniors like Ashfaq Wani and Amanullah Khan, he gunned down his friend Satish, his first victim. As Satish lay dead in the pool of blood, Bitta brandished his gun, scared the pedestrians and went on to do many more murders with fearlessness and roamed about freely for decades after committing these horrific acts.

Later when he was asked in an interview how many Kashmiri Hindus did he kill, Bitta with absolute arrogance replied, “I lost the count after killing 22 of them”. When asked if he would kill his own brother and mother if his senior asked him to, without batting an eyelid, he replied, “Yes”. Such was the level of barbarianism that had engulfed the valley.

This genocide, complete mayhem and betrayal by their neighbors with whom they had lived lovingly and trusted for decades, led to the exodus of Kashmiri Hindus from their own homes and land.

Apart from these individual killings, massacres of Kashimiri Hindus were carried out by jehadis in post exodus days. Wandhama massacre of 1998 was one of many such massacres. 23 members of the same family were lined up and shot down while neighbors turned up the loudspeakers in the nearby mosques to muffle their voices for help. Vinod Dhar, the lone survivor, who had hid in the attic, lived to tell this tale of neighbors turning into enemies. The so called “Kashmiriyat” died at the hands of radical Islamic fundamentalism.

This tragedy did not end with the genocide and waves of exodus but is continuing till date. Kashmiri Hindus have been denied justice, they continue to be refugees in their own country, apex court has rejected the plea to probe into the genocide, and it seems like the mainstream media has intentionally turned blind eye and deaf ears to the desecrated bodies and ear drum piercing cries of Kashmiri Hindus.

On 5th August 2019, as Article 370, a temporary provision in the Indian constitution which provided special status to Kashmir, was being abrogated, I was glued to the television to witness the correction of the historic mistake. A hope was rekindled that there would be scope for justice to Kashmiri Hindus.

However, my spirits were dampened when some friends and relatives mentioned in conversations, “Hua hoga kuch, ab kitne saal rote rahoge ussi baat ko lekar, Kashmir ka humne karna bhi kya hai?” (Some things must have happened, how long will you keep crying over the same issue, what do we have to do with Kashmir anyway?). Trust me, whenever I hear such statements, I want to bang my head on the wall at the profound ignorance.

But what more can be expected from most of the people in our country who rarely bother to read anything other than school and college curriculum or mainstream media news and lack the will to question the popular narratives. The academic curriculum force feeds Marxist perspective on history and since the independence Marxist scholars have done everything possible to make Hindus feel inferior and guilt ridden so much so that we have shut our eyes, ears and brains to the gruesome stories of Kashmiri Hindu genocide as if it never happened.

On top of it, media which too is dominated by Marxists has successfully whitewashed the atrocities carried out against Kashmiri Hindus by radical Islamists. Professors like Nivedita Menon and journalists like Barkha Dutt have gone ahead with full force to present distorted history, justify terrorism and terrorists, and blame the genocide and exodus on Kashmiri Hindus only, for reasons that only they can explain (or we all somewhat know).

Bollywood which prides itself in raising issues of societal importance has miserably failed to raise the issues of Kashmiri Hindus or I must say has deliberately stayed away from it as it doesn’t suit the narrative which they have so subtly pushed over the years. The few movies on Kashmir have only aimed to present the armed forces in bad light, justify terrorism and focused on Bollywood’s undying obsession with unrealistic love stories.

I can’t stop myself from mentioning about Vidhu Vinod Chopra here. His first mainstream movie on Kashmir called “Mission Kashmir” subtly justified terrorism. His second movie on Kashmir which was released a few years ago, called “Shikara” promised to portray the atrocities carried out against Kashmiri Hindus. When the film released, most in the community were disappointed because it focused on love story. I remember watching a video where a Kashmiri Pandit woman after the screening, cried uncontrollably and lashed at Chopra for betraying the feelings of the community by not showcasing what he had promised, going soft rather than giving unflinching account for the horrific atrocities and commercializing their tragedy. In response Chopra said, “Clap for the lady”. She was aghast at Chopra’s betrayal and his response was asking for clapping for the lady! Later, when more criticism poured in, Chopra remarked, “I feel people who think that way are gadhe (donkeys)”. So much from the person who himself hails from the state.

I am glad that many years ago I had decided not to waste my time watching meaningless movies by people who don’t stand with our armed forces but are more concerned about Pakistani artists being boycotted by Indian audience, those who stand for people who want to break India apart, those who for money can betray their motherland, their janam bhoomi and karam bhoomi.

However, on 11th March 2022, I will be making an exception. This is day when the movie “The Kashmir Files” is releasing. Its trailer has shaken me to the core. It is written and directed by Vivek Ranjan Agnihotri, who has been boycotted by Bollywood because he refuses to adhere to their dictates and further their narratives.

I agree with a YouTuber who said, “I hope this film tells the true story of our history, Kashmir’s history. I want this movie to not just be a film, but a tight slap on the soul of the entire country because in our own country, in front of our own eyes, in one corner of our nation an entire culture was ethnically cleansed and we just watched. For thirty years these people have lived in their own country as refugees and we just watched. This is a black blot on our country’s soul and I hope this movie exposes this black blot and wound completely.”

I too feel that the Kashmiri Hindu genocide is shame on our democracy, drenching our secularism in the blood of Kashmiri Hindus. Though these are gut wrenching, soul shaking and uncomfortable truths, yet we need to know the true story of the Kashmiri Hindu community which has continued to suffer unimaginable loss and pain that has destroyed their generations and yet they never picked up arms, did not sow seeds of violence, rather restarted their lives from scratch with scars that can never be healed.

I urge you to watch the trailer of “The Kashmir Files” and watch the movie in theatres . Please share it with all Indians and anyone and everyone concerned with human rights and justice. This truth needs our voices and awakening.

P.S.- You can read the book “Our Moon Has Blood Clots” by Rahul Pandita, victim of the Kashmiri Hindu genocide and exodus. Sunanda Vashisht has written a brilliant review of the book here.

If you have shortage of time, watch this small video of Sunanda Vashisht, who became the voice of the community at a US Congressional hearing.

Some heart wrenching and extremely disturbing details and images of victims is here. Viewer discretion is advised. 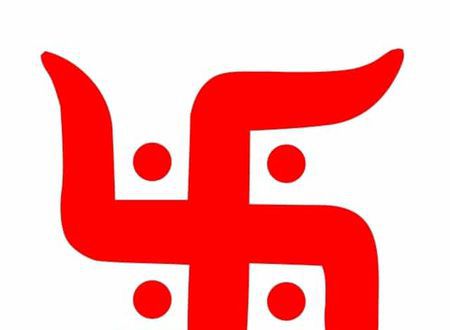 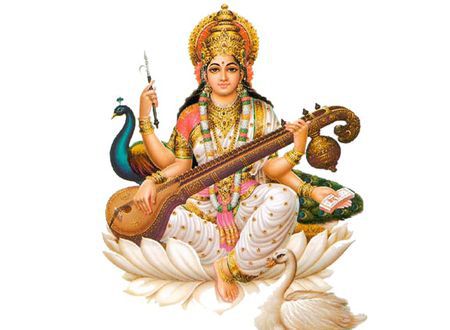