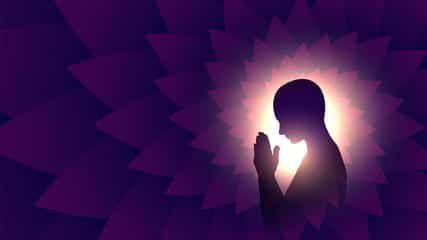 The Meeting and the Miracle

My first meeting with Swamiji

Let me start by saying that do not get carried by the title of the blog, I shall tell you why but later. But allow me to ask you a question first. I shall provide you with some choices for framing your answer, but we are certainly not indulging in any sort of quiz games. Announcing no prizes for the answers, I ask you how do you see Swamiji? “With our eyes“, it is likely to be your answer given no choices for answers. However, what I wish to infer from your answers is what role does Swamiji play in your life? Your spiritual guide who would guide you to enlightenment? A moral science tutor? A miracle worker, who would solve all your problems in a jiffy? Or all the above choices? You may also add your own choices in the comments section below. However, with my little understanding and my observations over the years while visiting the ashram I could widely categorize the devotees as spiritual seekers, knowledge seekers, grievance redressal seekers, and lastly seekers of miracle healings. Of course, we all have been in either or all of these categories at different points of time as per circumstances.

When I first visited the ashram, I was just a curious onlooker. I wasn’t sure what I should be seeking and to be precise my very purpose of visiting the ashram was based on curiosity rather than faith. My parents at home had insisted that I asked for wealth, job, marriage alliances, etc, but somehow I found those irrelevant or trivial. The realization of seeking spiritual guidance from Swamiji came only with the understanding that the solution to worldly problems is largely based on spirituality. There have been times while reading Swamiji’s books and blogs, or simply watching his videos often gave me the feeling of me being his pupil and him my guru. However, I admit that there have been times where I really wished that Swamiji did some miracles and solved all my problems. I have also heard several stories about Swamiji’s miracles from the fellow visitors and local residents of the villages nearby the ashram. Nevertheless, I wouldn’t ever like to associate Swamiji with miracles even though he is very much capable of doing them. If I understand correctly even Swamiji wouldn’t be much pleased with his name being associated with miracles. Swamiji himself says that he is not for everyone, he is for those who seek spiritual guidance. As one progresses spiritually, their worldly problems get diminished day by day. Therefore, henceforth my first visit I have always looked up to Swamiji as my spiritual guide and mentor.

Unsure about what to ask in those 5 minutes allocated to me for the meeting, and in no mood to ask Swamiji to resolve my problems of the job, marriage, etc, I was more than happy when I received a call from my friend who had earlier insisted upon me to visit the ashram. She inquired if I was prepared to meet Swamiji and if I had anything to ask him. Understanding that I had nothing to ask for myself, she asked me to do a favor for one of her friends instead. I readily agreed to what she asked.

The meeting was set after breakfast. Swamiji’s meeting room was just next to the dining area with a patch of grass lawn separating the two areas. We all waiting eagerly on the lawn before our turns. For reasons unknown most of us were nervous, many of us were rehearsing the questions they would ask. But trust me most of the people suffered from “Swami Vivekananda Syndrome” after going inside the meeting room. “Swami Vivekananda Syndrome” is not a real syndrome but it is something coined by me to describe the situation which Swami Vivekananda faced whenever Shri Ramakrishna Paramhamsa sent him to Maa Kali to ask for something. Although Swamiji (Vivekananda) would always go with the intention of asking for wealth and fame, he always ended up asking for knowledge. Similarly, most of the people who meet Swamiji for the first time end up asking for something else other than what they had intended for.

Swami Vedananda Om Ji was coordinating the whole meeting. I saw people going in, and many coming out with moist eyes. Mocking at them, I asked laughingly asked Sadhvi Vrinda Om Ji who was standing nearby, about why would one end up crying after meeting Swamiji as I failed to comprehend. She simply said that time would give me the answer. I did get the answer with time. I was already in awe of Swamiji whom I got see and hear at the temple during the evening discourse the previous day. The radiating glow around him, his charisma, his smile, and moreover his awesome sense of humor had left me amazed. What I liked the most about him was that he was not the typical preachy types, also he seemed very practical.

As the meeting time neared, I was overwhelmed with bouts of nervousness and excitement. “Would he get to see through my sins and misdeeds?”, was the impounding question within me. I too kept rehearsing what I had to say lest I ended up asking something else, even though I had nothing to ask for myself. But I have someone else’s message to convey, and I didn’t want to miss out on that. As Swami Vedananda Om Ji called out my name, I went blank as I entered the dimly lit room. I was in awe as I saw Swamiji sitting on a raised platform, smiling. The room as if it was lit by Swamiji’s own glow and grace. As I sat down I couldn’t help but mouth out what I had to say, forgetting to pay him my obeisance. Like a parrot, I blurted out, “Swamiji mujhe meri friend Anu ne bheja hai and she wants to convey a message to you“. Swamiji asked,” Hmm, Anu… Dr. Anu Deshpande?” I was shocked, I didn’t expect Swamiji to say her full name. I somehow managed a, “Yes Swamiji“.

I quickly told him about the message that I had to convey. Swamiji didn’t respond to that much. There was a moment of silence between us as we kept staring at each other. At last, I spoke, “Swamiji do you have to say anything to me?” He just replied in one word, “No“. I got up confused and came out of the room. I bowed before Swami Vedananda Ji as I left the meeting room. I too had moist eyes. It was just one and a half minutes that I was there inside. Many, including my parents, called me a fool to have not utilized my full 5 minutes that had been given. But I had no regrets, as meeting Swamiji was enough for me. But I was certainly confused as Swamiji didn’t say much to me.

Exactly a year later I received a call from my friend Anu, she sounded very excited. She was literally screaming as she spoke, ” Debraj you did it. Thank you so much re”. I was puzzled, as I didn’t remember doing anything significant in the last few years. ” You know Sheena (name changed for privacy) theek ho gayi, and she has once again joined back her practice. She no longer has any signs of psychosis“. Sheena to brief you apparently was in an abusive relationship. She was being tortured by her husband and her in-laws after the birth of a daughter. Sheena, who was a practicing doctor in the USA had lost her job after being diagnosed with psychosis, which was triggered due to the repeated abuse that she faced. It was Anu’s message about Sheena that I had conveyed to Swamiji.

I admit that Sheena getting alright and joining back her duties was no less than a miracle, considering her previous condition. But personally, I would like to disassociate Swamiji with the stories of miracles (even though I believe them) because I do not wish to diminish the reverence for him or his image in my mind by reducing him to just a miracle worker. Miracle workers or Tele-evangelists as you often have seen on TV try to convince or convert your faith by performing miracles. However, if we understand rightly, Swamiji’s purpose is to spread the message of love, serve humanity, and guide us in the path of spirituality.

It really doesn’t matter whether your meeting with Swamiji is a short or long one. It also doesn’t matter if you are sitting in the front rows during Swamiji’s discourse. It doesn’t matter whether you are allotted a group meeting or a personal meeting with Swamiji. People sitting in the front rows or the people ‘fortunate’ enough to have secured a private meeting do not get extra blessings from him. Swamiji knows and understands what we want, even if we do not speak. He has no bias, but only compassion for all of us. What really matters is whether we have made ourselves worthy of receiving his blessings. He is ever ready to hold our hands and tread us along the path of spirituality.

No matter how many books of Swamiji we read, how many blogs we go through, how many videos we watch, how many discourses we attend, or how many trips we make to the ashram, all would make no difference unless we imbibe his teachings into our lives and internalize them. My next blog would focus on the importance of the internalization of the lessons that we learn.

A Letter To Sadhvi Vrinda Om
Grace of the Guru