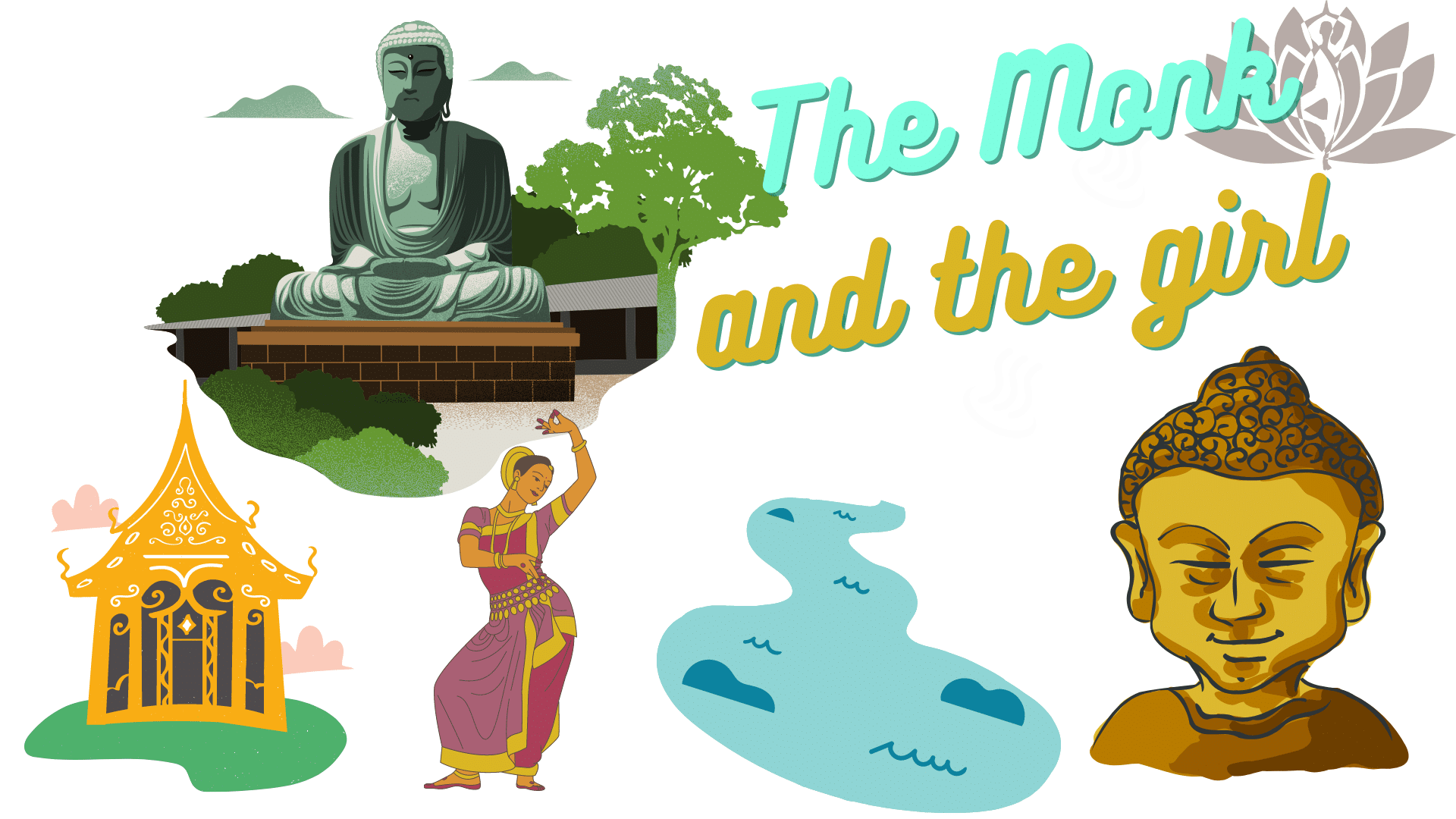 The monk and the girl

This story is a beautiful message about mindfulness. It is inspired by the book 'A million thoughts'- Om Swami 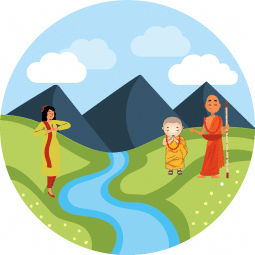 A monk accompanied by a young disciple was returning to the monastery after having spent the day helping people understand the way of peace in the village. On their way back, they saw a beautiful maiden struggling to cross the river. She was in prime youth, fair and lithe. She resembled an apsara descended from the heavens.

The young disciple was visibly struggling with his internal emotions at the sight of this young damsel. He wanted to help the young woman cross the river but was reminded of his vow of celibacy and not to touch any woman. The life of a monk was riddled with austerities and penances.

The monk however appeared calm. He was casually observing the distress of the woman and the struggle of his young disciple. Seeing that her wits were at an end trying to cross the river on her own, the girl appealed to the monks to help her. The young disciple visibly reddened at the sight of the woman so close and pleading to them. 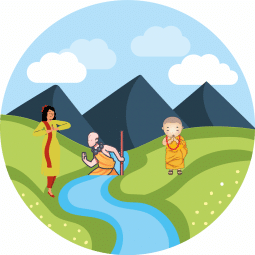 Without wasting another moment, the monk carried the young woman to the other side of the river. The young disciple visibly paled and was in a turmoil of emotions. The monk had yet to return to his side of the river. He was watching all around to see if anyone from the village would have witnessed this scene.

When the monk returned, he didn’t say anything. He signalled the disciple to continue walking as if the whole episode never occurred. After walking some distance, the disciple could not restrain himself anymore.

Disciple: ‘’We are not allowed to touch any woman. Why did you carry that woman?”

Monk: “She needed help and I helped her out. But why are you still carrying her in your mind?”

The disciple was shaken by this statement. He understood that help should be unconditional.

In his book ‘A million thoughts’, Om Swami Ji argued that thoughts are transient. They do not have real substance. It is only when one attaches himself to those fleeting thoughts that the unmanifest becomes real. When a thought appears, it is bound to disappear. Holding onto it will be the same as holding a glass of water with arms outstretched. The weight of the glass is insignificant, but the more we hold onto it, the more pain it will cause us. If we had decided to leave the glass on the table and let it be, instead of holding onto it. Our minds would be free. Swami Ji has always extolled the virtues of ‘A million thoughts’ and I couldn’t agree less. I am still reading it and it is already among my favourites.