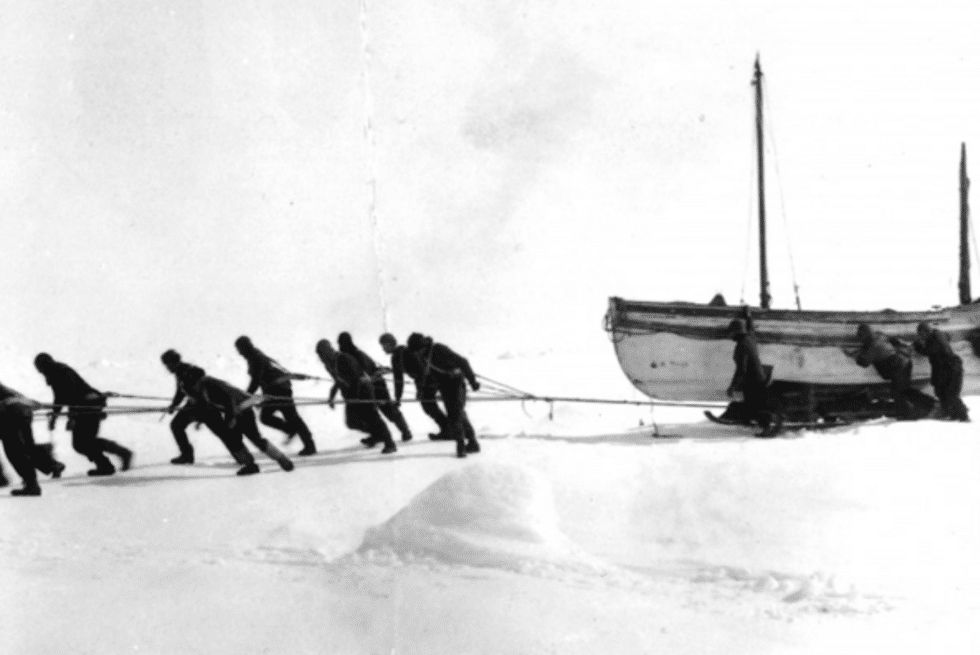 'As a teenager, I felt myself in an abyss proclaiming myself the world capital of pain'

Imagine that you are part of an expedition to an uncertain destination, under very adverse weather conditions and on a trip full of deadly dangers. Something like Shackleton’s men when in 1915 they had to abandon their ship, Endurance, split by ice.

The resilience of these men was prodigious. Not only did they overcome almost impossible obstacles but also together they achieved the miracle of saving themselves from the first to the last man, in a 522-day quest in Antarctica.

This is happily what happened. But now, imagine that one of these men had a distorted and egotistical view of his own suffering. Imagine that he convinces himself that only he is freezing, only he has fear and pain and homesickness; and that for the rest, this odyssey is a weekend excursion. Only he is suffering.

If you lived it like this, to the extreme harshness of the adventure, you would add a series of emotions as devastating or more than the expedition: loneliness, isolation, misunderstanding and a deep feeling of injustice, which is when we ask ourselves, “Why me?” As if only we were suffering.

Shackleton’s journey is an analogy of life itself. Although sometimes it is hard for us to realise it, everyone suffers for someone or something. Some people hide it better than others, but assuming that, as Plato said, “everyone fights a hard battle” saves us from all these emotions that aggravate suffering.

By understanding that everyone faces severe trials — even if they are not the same — we lighten our load by knowing that we are not alone with our pain. It also makes us more empathetic towards the pain of others and, therefore, more useful to the world.
This simple change of perspective allows us to go from victim to hero.

As a teenager, I felt myself in an abyss that — I truly believed — no one could understand. To my pain was added the bitterness of feeling different and misunderstood by the selfishness of others. I was unaware that my fundamental problem was that I was proclaiming myself the world capital of pain, not suspecting all the battles that were being fought around me.

I don’t know if it was Buddhism, but when I realised everyone suffers in one way or another, the plot of the film changed completely. I was no longer alone. I was part of Shackleton’s expedition, and we all sought to save our lives as we tried to reach the shores of happiness.

This obvious discovery brought with it another realisation, just as obvious. I realised that the more energy I invested in alleviating the suffering of others, the less my own pain weighed on me.

It is a simple matter of attention. When you are 100% focused on your problems, your whole life seems like a drama. When 50% of your attention is diverted to the problem of others, you automatically download half of your backpack for the simple fact that you cannot be everywhere.

A good reason to be a therapist, perhaps.

For those who have not yet made these two discoveries, this old Buddha story can be a starting point. This is how my friend Álex Rovira told it in his last course:

“In the city of Shravastra, there was a young woman with a newborn son who had become her reason for living.

When the little boy was barely a year old, he suddenly fell ill and died. Ravaged by grief and pain, the poor mother left her home and went mad. She wandered the streets with her baby in her arms, begging everyone she came across to give her a remedy that could bring her little one back to life.

Some people tried to make her see reason. Others walked away scared. Until, finally, a compassionate old woman told her to go in search of the Buddha; he was the only person in the world who could perform the miracle, she claimed.

Fortune would have it that the wise Master was in a forest near the city by that time.
Without a moment’s delay, the woman set off until she found the Buddha, who was meditating under a tree. As soon as she found him, she laid the corpse of her son before him and said:

“I have lost my son, who was my reason for living. I have heard of your wisdom. Please bring it back to life.”

The master listened to the woman with great compassion and then replied:

“There is only one way to heal your affliction. Leave your son under this tree and go immediately to the city. You must bring me a mustard seed from a house in which there has never been a death.”

Hopeful and relieved, the woman wrapped her son’s body lovingly in a cloth and, leaving him at the foot of the tree in the care of the Buddha, ran to the city in search of that remedy.

Upon arrival, she stopped at the first house and said:

“The Buddha has asked me to find a mustard seed in a house that has never known death.”

“We have sacks full of mustard,” replied the man who had opened the door for her, “But a lot of people have died in this house.”

Disappointed, she went next door.

“There have been countless deaths in our family,” they told her.

And the same thing happened at the third house, at the fourth, and all the following houses. When she had finally visited the entire city and realised that she could not fulfil what the Buddha had asked of her, she returned thoughtfully to him, who with great kindness asked her:

“Did you bring the mustard seed?”

“No,” she replied calmly, “But now I have understood the lesson you wanted to teach me: death overtakes us all.”

Having said this, she buried her son at the foot of the tree and had a funeral officiated in his honour.

It is said that the woman followed the Buddha for the rest of her life and that when her days came to an end, she achieved enlightenment.