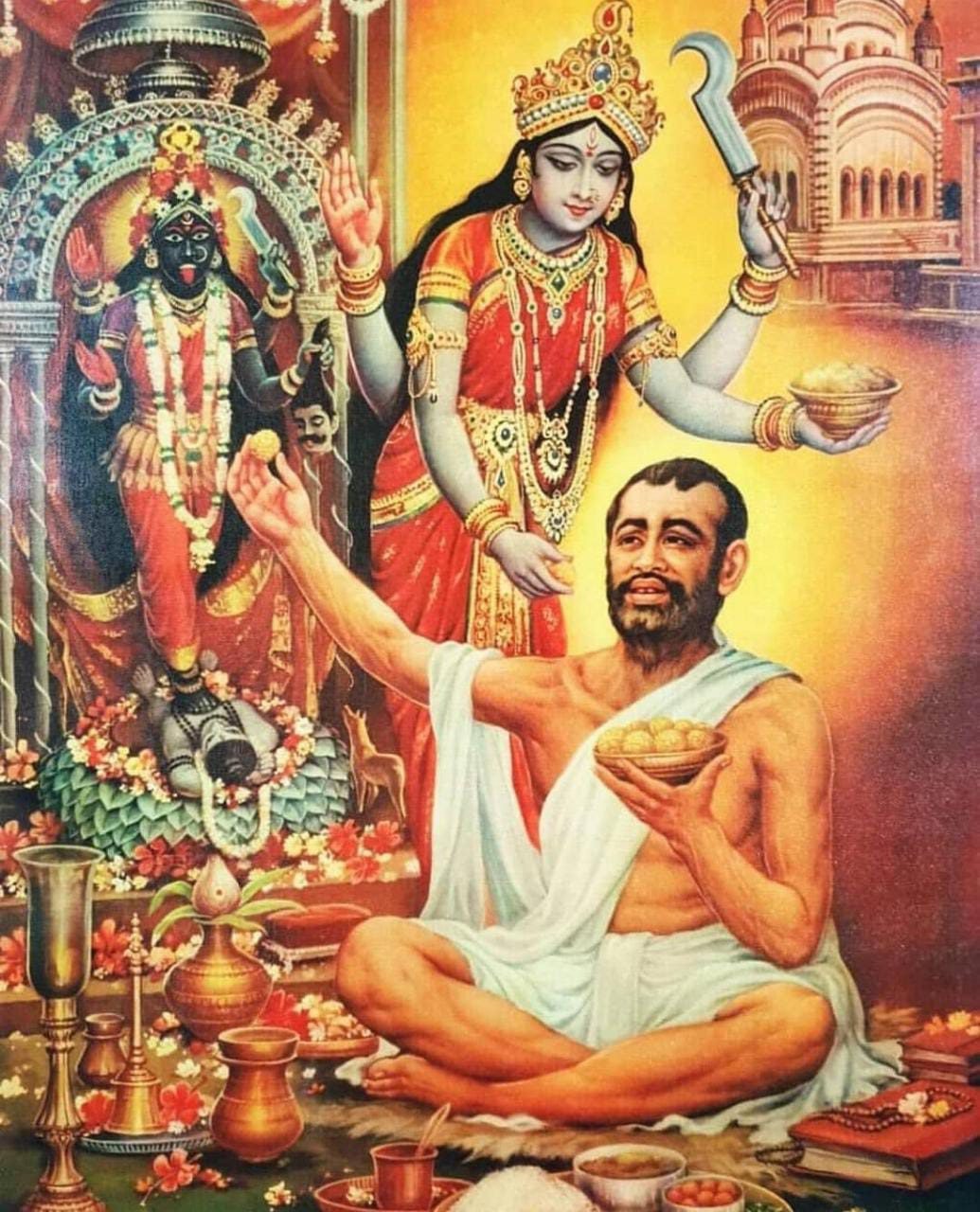 The Ocean of Love: Maa Bhabotarini

Maa I'm unable to express your love in words.

I offer my obeisance to the divine in you.

I’m feeling like why I mentioned about Maa in previous post because now I’m unable to write about her. Well what happens is only by the grace of divine. I’m going to write about her but I’m crying. I should cry first. So, I’m writing now.

From the very childhood days I love the Maa Bhabotarini Maa Kali from Dakshineshwar temple. Nobody from my family is devotee of Maa. But I don’t remember where I saw that roop that Idol of Maa Kali. I’m in love with that. I always call her Maa from childhood. In my childhood I never visited any Kali temple so I’m so desperate to meet her still. Actually my parents have a mindset that Maa Kali is goddess of Anger now it’s not like that. But in my childhood they stops me from doing Pooja of Maa Kali. I remember my Mumma used to tell me when I was 9-10 years old I decorated Maa Saraswati idol as Maa Kali in Navratris and I was doing Pooja all time not only in morning and evening but whenever I got the feel I starts at afternoon or may be at midnight so she was frustrated with this thing and she scolded me “What are you doing all the time such non sense go and study” and Mumma says that after this I cried a lot in front of Maa and I undecorated Maa’s idol. My Mumma says that day she got a dream where Maa Kali was angry and in her angry voice Maa Kali was saying why you stopped my child from doing Pooja, from that day onwards Mumma never stopped me from doing that. I don’t remember this incident clearly but faded memories are there. What I felt by this incident in later years is that: Maa is always with us what we are doing just little things she accepts. Maa Bhabotarini is ocean of love. She loves her child more than a mother of this world can.

I never visited Dakshineshwar temple but I wish to visit that in my life. I listened Ramkrishna Paramhans’s story at age of 13 and after that I’m continuously praying to Maa when I’ll be able to see you, when I’ll be able to talk to you, when that day will come where we two are talking to each other and I’ll cry by putting my head in your lap Maa, I’m frustrated by this world Maa. I’m putting a gentle smile on my face to show that to others but Maa I’m all alone without you. Maa please come Maa please. I know I did so many sins in past and I’m doing in present too. But Maa you are Maa and for Maa every child is equal please Maa accept me. This all I said is by the grace of Ramkrishna Paramhans. He has that power which can make us able to see Maa.

So where I was, I was writing about Maa. Maa Bhabotarini is the divine power, supreme power. I don’t do pooja of Maa Kali by any Mantras because initially I don’t knew any Dhyan or Stuti I just tells her everything, everything I share with her just like a son shares with his mother. And yes I can say that Maa listens and she replies. I never felt for any other Devi which I felt for Bhabotarini. Whenever I visit any temple, any Shaktipeeth I never feel that I’m in the temple of some other Devi I feel like this is my home where my Maa Bhabotarini lives and she is waiting for me.

Don’t know when Maa will accept me but I know one day she will definitely accept me by the grace of My Gurudev.

Sorry if I hurt someone’s feelings.


Login with Email
No Account? Create One
CHANTING AND ACUPRESSURE
The Essence of Love