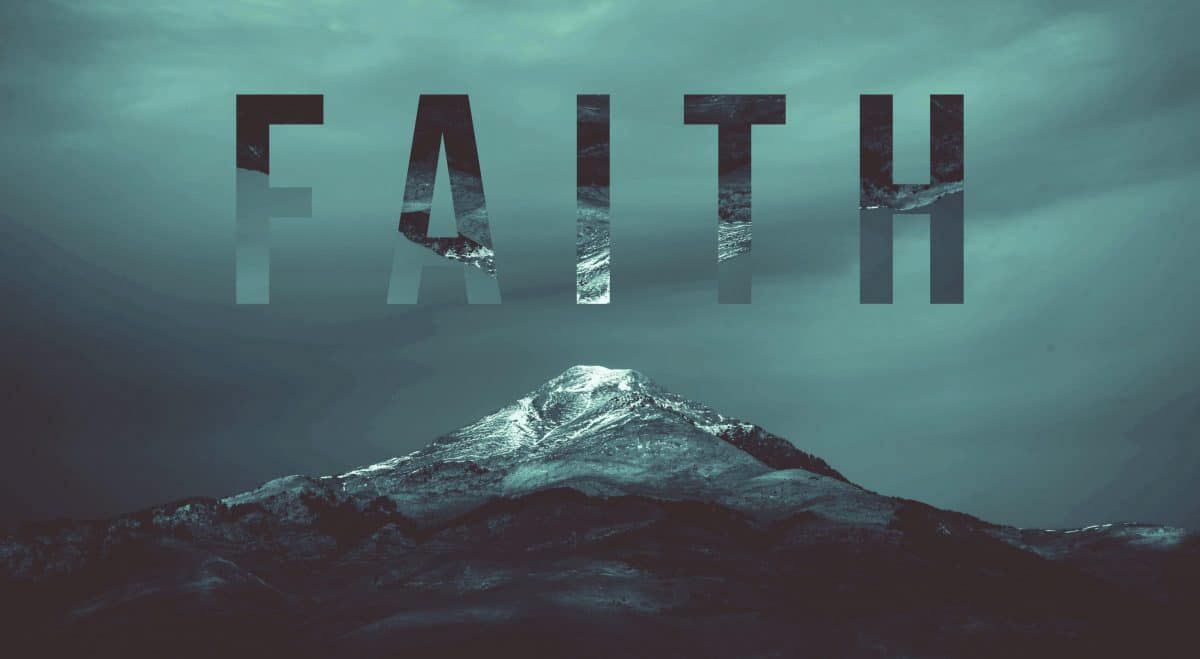 THE STORY OF MY FAITH

LET YOUR FAITH BE BIGGER THAN YOUR FEARS

The year was 1999. Place Mumbai. I had been recently married.

It had been 2 years since I had been dealing with one of the leading health care companies of Gujarat as their Super Stockiest. Super stockiest is like a mega whole seller who pays in advance, buying in bulk from company and selling in parts to their authorized stockiest on credit. I dealt majorly in disposable syringes. During this period there was sales tax regime, which varied across states. Maharashtra had the highest sales tax for syringes @13%. Our neighboring state MP had only 6 %. As a result there was lot of undercutting of the same product from MP, which affected my sales.

Some times when we are trying to solve one problem, another problem might be brewing which we are completely unaware of. The company looking at the potential of Mumbai market deployed their ace Zonal manager, Sanjay Shukla to increase the sales. Sanjay Shukla was in his early forties, medium height, well built, confident (borderline of being arrogant) with a swag of street gangster and demeanor of a salesman; was basically from UP but had been living in Ahmadabad for many years so could speak fluent Guajarati. When one speaks in your mother tongue, naturally you tend to get comfortable with them.

His target was to increase sales, and he tried his level best. But Mumbai was a really difficult market at that time. Every afternoon by 4 pm he used to come to my office and brag about his past laurels, how he had changed so and so market. My sixth sense told me not to trust this guy. But as the saying goes, vinaash kale vipreet buddhi.( As one’s doom approaches, the person’s intellect works against his best interest”.)

One afternoon he came with a wide grin on his face, as if he had won a lottery; On asking about his joy, he replied “I have the perfect solution to increase your sales”, I asked how? . He replied, the reason people are buying from MP is because of low rates. What If we are able to match the rates? I was bewildered, “how is it even possible sanjay sir? I will have to sell at cost price to match the rates. I won’t earn a single rupee that way”. In a sheepish manner he said “what If I give you a credit note for the difference amount of your profits? You sell at cost price and I will issue you a credit note for 5 percent of such goods sold”. I said “Then it is fair. But will you sanction this credit note in writing?” With the swag of Ajay devgan(singham style),he picked his pen like a revolver and said “Aapke letter head pe banado, abhi ke abhi sign karta hoon”( You make this claim on a letter head, I will sign immediately).

From next day onwards, I started selling at cost price. Within few months the sales increased and the credit note amount ballooned to 7 lakhs.

These 7 lakhs was my entire capital which my father had loaned me by pledging his FD to finance my venture. These FD was all he could boast about in terms of his life’s savings. Fathers are like that only no! My father rarely conversed with me, but I guess this was his silent way of saying how much he loved me. My father gave me the greatest gift. He believed in me.

In spite of Shukla’s assurance, the CN was never reflected in my statement from the company. Each time he would assure me that it would come next month. Finally after losing patience, one fine day I took a train to Ahmadabad to meet the company’s sales head, Mr. Prashant Parikh. Ahmadabad being my maternal home town, I stayed at my Maasi’s house which was near to their head office. I took an auto rickshaw to CG road; I was carrying all the original CNs issued by Shukla. I was excited as in the back of my mind I was already counting these 7 lakhs which was my notional profit. I was planning so many things at that moment; it was the most joyful auto ride any one could have had in that summer heat of Ahmadabad.

I was ushered in to Parikh sirs cabin by the receptionist. Aavo Aavo Manish Bhai, he warmly greeted me. Mr Parikh in his late 50s, very fit for his age, tall with wheatish complexion, and wide intelligent eyes, looked dapper in his suit. After the normal pleasantries, I quickly came to the point of the pending credit note issue. He called the accountant and inquired about the same. The accountant was a short man in his fifties, bald with soda glasses and a protruding belly about to explode. I wasn’t sure whether each shirt button would come off one by one or all of them would explode at a time. With a straight face he said “In his account there are no credit notes”. With the authority of a zen master I flicked open my CN file with original signatures of shukla and put it in front of Parikh sir.

He started turning the pages, like how an astrologer, analyses a horoscope. With a surprised expression he said “These are not valid and shukla has no authority to sign these”. It came as a complete shocker for me. For a moment I thought he was joking, but his grim expressions revealed that my fate was sealed. In spite of convincing him and stating that Shukla being a authorized company person, I should be compensated, Parikh sir did not budge nor did he care an iota about my financial problems. On the contrary he started blaming me that how I could do such financial transactions. I understood that this is not an ethical company. My problem was that I trusted Shukla. I was so enraged, If Shukla would have been there at that time, I would have killed him.

My mind froze, all I could visualize was my father’s emphatic face. What would I tell him? How would I face him? How could I tell him that I had lost his life’s savings by being a complete fool? With no capital, how will I continue business? All these questions made me feel dizzy. Completely disheartened and feeling sad and angry at the same time, I came back to Mumbai the next day. I could not sleep for the next couple of days. This was the beginning that my jet black curly hairs could not bear the pressure inside and started receding. Little did I know at that time that many such battles would eventually turn me bald? Outwardly I tried to be as normal as I could be. I just did not have the guts to reveal the truth to my family.

It was at this juncture of being a complete loser, that on suggestion of a close friend, I first visited Rokadiya Hanuman temple, which is 3 kms from my house, near Ghatkopar railway station. The term Rokadiya means cash or immediate. Whatever you ask for is granted immediately. Till that time I was not too religious, I believed in god but was not that devout. I asked hanuman dada to bring me out of this mess. I promised myself that if this problem is solved I will come every Saturday for the rest of my life to take darshan.

The company was so shrewd; they immediately transferred Shukla to another state. Shukla stopped receiving my calls. His junior Sandeep, a thorough gentleman took charge of Mumbai. Month end came and he came to ask for new advance to complete his sales target. I honestly told him that I did not have the funds. He refused to believe. Being a sales guy, he was so adamant, that I finally caved in to his demand and gave a cheque of 7 lakhs (which was the minimum order value). He took the cheque and happily thanked me. I did not have any balance in my account. Since it was an advance payment, I thought once the cheque bounces, they will inform me and I will make some excuse.

It so happened that the accountant called me after 3 days and said, we have the credit of 7 lakhs, kindly fax the order against this. I was surprised. I could not believe my luck. I immediately faxed him the order. The material was dispatched the same day through safe express and within 2 days I received the material. I could not believe about this miracle and started thanking hanuman dada from the bottom of my heart for this blessing. I have been going to this Rokadiya Hanuman temple every Saturday since then and so many of my wishes have been fulfilled by his grace.

Next day, the accountant called again and said “Your cheque has bounced” Kindly send a DD. Now it was my turn to dictate. I said “send shukla to collect the DD”. The company got the message and I stopped dealing with them. Though my business was completely ruined, I survived to fight for another day (will write about in the next part).Eventually the company because of its corrupt management was declared sick and after few years was sold to another business group.

This was the story of my faith in the lord and how I became his ardent devotee.

May you find your faith and May Swamiji’s grace be on all of us forever.