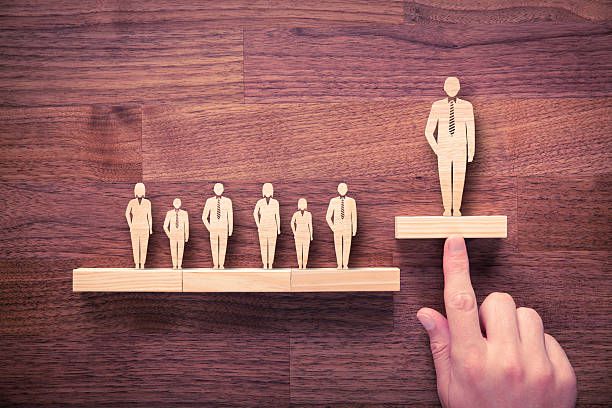 The Test Of Greatness

How To Know How Great Someone Is?

The Test Of Greatness

How To Know How Great Someone Is?

Yesterday I was reading Freedom From The Known by Jiddu Krishnamurti. This is probably his most famous book. Krishnamurti’s major teachings are presented here in a very lucid narrative. Those who want to get introduced to his teachings—this is the ideal book for them.

The idea of today’s post flashed to me when I came across a passage in the fifth chapter that deals with self-concern and fear. Here are few lines from that passage:

There is enough fodder for contemplation in these lines. But, for the purpose of this post, I want to discuss the second line where it is said, people who don’t have any respectable position in society are not treated well, and this is no false statement. We see this happening everyday. And precisely this is where the greatness of a man can be seen—that is, how someone treats others who are below in status to him or her, be it the people of the road, the beggars and the destitutes, the labourers and hawkers, or the rickshaw-pullers and the like, shows the character of that man.

You see, it’s not surprising to see someone behaving politely and submissively before their superiors; we respect those who are in authority. You certainly don’t behave the same way with your boss as you do with your house-keeping maid or driver for example. We all have hierarchies of importance. We only give importance to those who are in some sense superior to us or at least equal to us in our status. The so-called ‘low caste’ and ‘low class’ people do not get any attention from the so-called ‘higher caste’ and ‘higher class’ people. But if you want to see how great a person is, simply observe how he treats others, especially those who are below him in position. How a man treats his superiors and elders doesn’t actually reveal the true character of that person; because there are hidden motives, power games, fear and many forms of influence. If a high-ranking official, a politician, a minister or a rich man visits you, you’ll probably try your best to impress that person. Because you know, he or she has power. What about the driver who washes your car and drives you at your command, the paperboy who delivers your newspaper every morning at the same time, or the house-maid who keeps your home clean everyday? They don’t have any social, political, economic or official power. So, we don’t give them much respect. But, it is they who are actually helping us survive everyday through their service. Without people like them, we can’t really do much. But, can you honestly put your hand on your heart and say that you treat everyone with equal respect and dignity? If you can, you are a Man! My hats at your feet! But rarely do we witness such examples in our everyday lives. Why not be an example yourself?

And this goes even far beyond humans. The way you treat animals and even inanimate objects tells a lot about your character. I’m reminded of a small meeting here between Maa Sarada and Swami Vivekananda. It was time for Vivekananda to set sail for Chicago to join the Parliament of World Religions. And he came to Maa to ask for her permission.

But, Maa Sarada put Vivekananda through a test. She asked him to bring the knife from the kitchen. He did that. And when he was handing over the knife, he held the side of the blade, while keeping the handle side to Maa Sarada. This was to ensure that no unfortunate injury happens to Maa. And after that, Maa gave him permission.

This was not a great spiritual test so to speak. But, the test was subtle. Maa wanted to see how Vivekananda handles himself, and he beautifully passed the test. The very fact that he was aware about the danger of the blade, despite the fact that it is a very common household thing which is used everyday, shows the level of sensitivity of that man. It seems the work he was going to do—that is, to change the western consciousness—demanded this attitude of risk-taking. And Maa knew Vivekananda would have to tolerate much pain and difficulties in his mission.

So, even the way you use inanimate things reveals much about you. How much you possess, how talented you are, no matter how rich—they don’t qualify you as a great person. How you handle things, treat animals and people is the ultimate test of your character. So, inculcate the attitude of gentleness in all your dealings. It shows the strength of your character, not weakness.