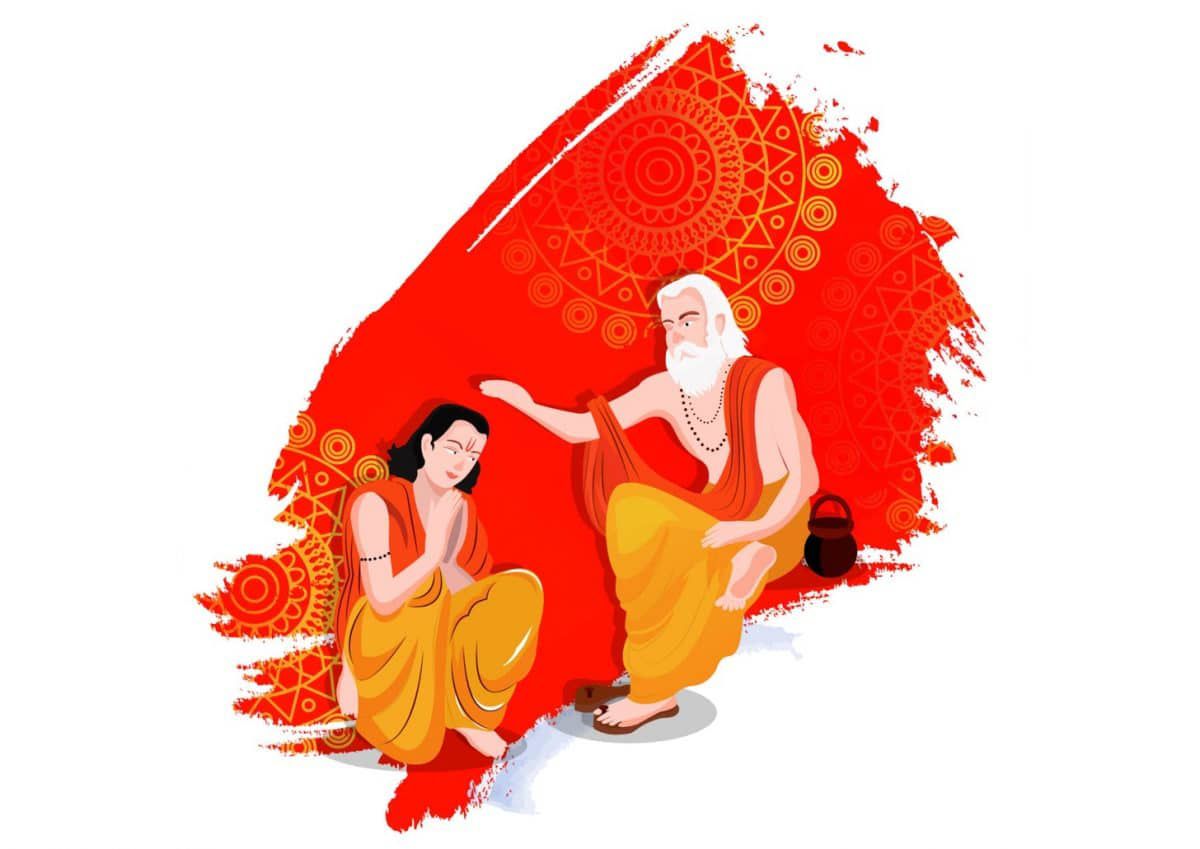 You can read the previous post in this series here: Part 3

That (Purusha) contemplated on it (creation). At that time, his mouth opened (shaped) like an egg. From the mouth came Vaak, and from Vaak emerged Agni.

The Aiteraya Upanishad is a part of the Rig Veda. So, it discusses the creation theory as mentioned in the Rig Veda. It goes as follows:

In the older sections of the Rig Veda, the masculine gets personified as Purusha or The Person. The current verse discusses the personification of the feminine.

Technically, there is just one Formless Divine. That Divine resides in us and outside in this entire universe as well. Even so, the sages of Rig Veda revered the Formless Divine as our parents. So, they used the human model to describe the Divine. Based on the function, they visualized a Supreme Father and a Divine Mother.

A man’s role in creating a baby ends with the act of physical intimacy. Then, he is just a witness to the entire process of pregnancy and birthing. Nevertheless, there’s no baby without the seed of a man.

Similarly, the Divine that resides in us kick-started the process of creation. After that, it sat quietly within us and became a witness. So, the Rig Veda called that aspect of the Divine as our Supreme Father.

Sage Aitreya writes his poetry based on Rig Veda’s ideas. He recites that after laying the foundation, the Purusha pondered upon the next step of creation. At that time, the feminine came to his rescue!

This Upanishad’s poetic verses say that the Purusha’s mouth formed an egg shape. Suddenly, from that appeared Vaak, the power of expression.

A woman takes the seed of life from a man. She nurtures it and converts it into a beautiful baby.

Likewise, one aspect of the Divine gave out the seed. The egg-shaped mouth implies that. Another aspect of the same Divine used that and created this universe. That part, called the Prakriti or Nature, became known as the Divine Mother.

Nature is diverse and limitless! How does one personify something like that? Therefore, the Rig Veda depicted the Divine Mother as a concept – Vaak, the power of expression.

Agni, The God of Fire

Next, the text proceeds to personify the multiplication of Vaak. In this, each aspect of Nature becomes a demigod. As seen before, both Vaak and Prakriti or Nature represent the Divine Mother. So, those words are synonymous.

Here, the author says that from Vaak came Agni or fire. Fire is an essential requirement for life to thrive. Since we’re discussing the personifications, Agni denotes the God of Fire here.

The ceremonial fire found in Yagnas is the God of Fire. Vaak represents all sorts of expression. However, in this context, it means speech. Mantras are the speech used in the Yagna rituals.

There’s a self-transformative idea hidden in this verse. To experience the Divine within us, we must be mindful of our expressions. That includes truthfulness of speech and compassion in our behavior.

As a side note, mindful communication isn’t the same as sweet speech. Sometimes, the situation demands that we give honest feedback. At other times, we may have to discipline or reprimand someone. As long as the intent is compassion and we’ve expressed ourselves politely, we are fine.

Further, every word uttered (or written) has the potential to create or destroy, like fire. Hence, our speech must be like chanting a mantra: pure, mindful, and compassionate.

When our speech becomes sacred like a mantra, Nature conspires to make our words come true. That accomplishment is known as Vaak Siddhi.

You can read the next part in this series here: Part 5