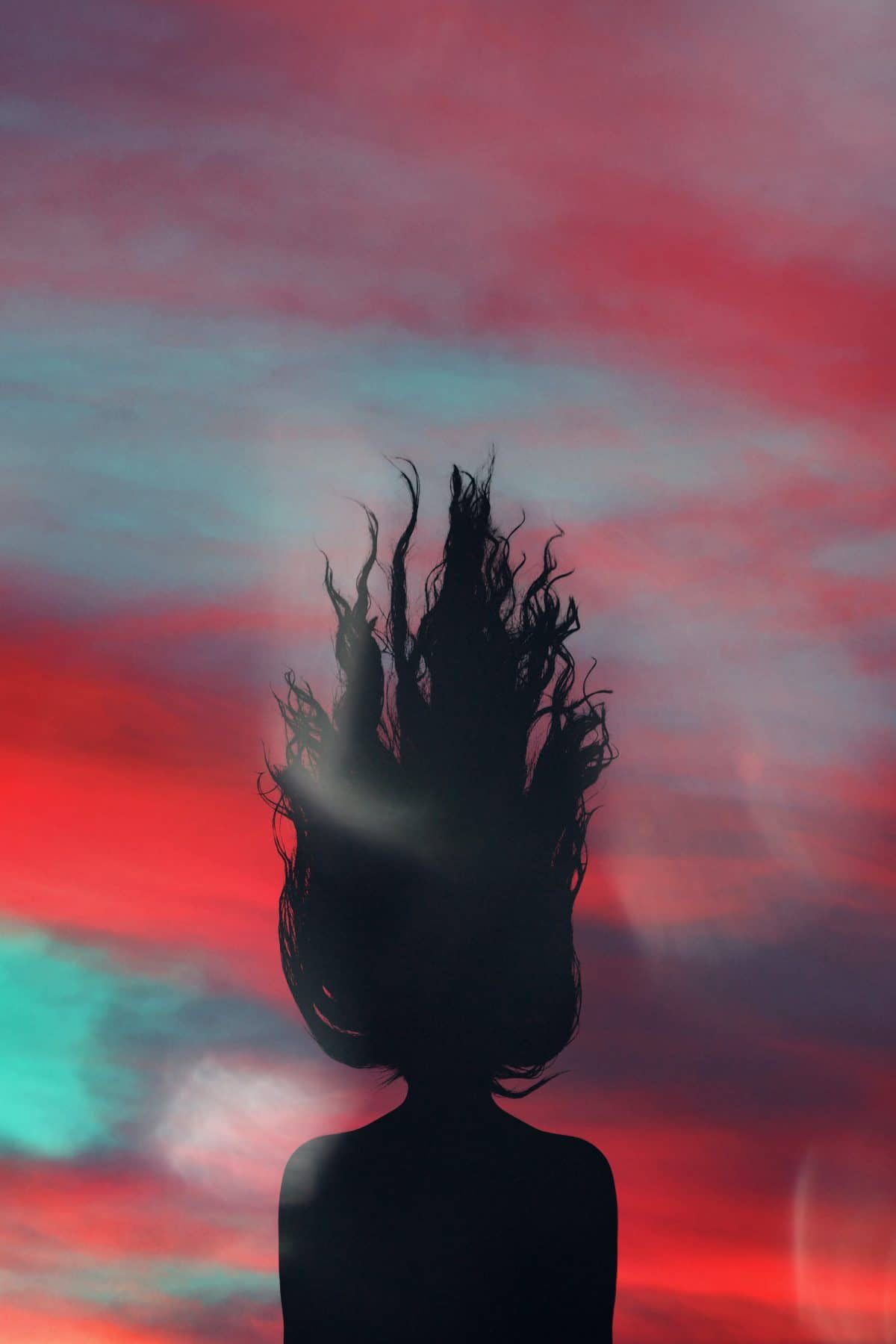 The Wiles of the Feminine

How (not) to attract the opposite sex

Disclaimer: Just like my experiences with sex, this has been my experience as a heterosexual woman. Of the many, many perspectives on desire and being a woman, this is just one 😊

Recently, I experienced a wave of emotion, the likes of which I haven’t experienced in a long time. It’s a feeling that would earlier consume me whenever someone would tell me that they ‘liked me’ and wanted to date me.

It’s not something that can be easily described because for everyone who experiences what it’s like to be desired and wanted, the feeling is different. For me, it would feel like someone had poured a warm vat of jelly into my chest and tummy. It would feel like my insides were quivering and the jelly went up and down, up and down, from my heart, all the way down to my toes.

Depending on whether I ‘liked’ the person too or not, my mental state would vary – from joyous disbelief to outright panic. Joyous disbelief because oh my God, he likes me back! Outright panic because crap, is he still going to persist if I say no? The latter is more so because of prior experiences where the word ‘no’ just didn’t register in some boys’/men’s heads.

But you know the one common vein of emotion that ran through me, no matter what?

Because here was a man who was laying bare his heart, who was embracing his masculinity through his vulnerability and who was showing me that he wanted me.

No matter which point of the human evolutionary scale we are on, until one surpasses biology, that feeling is innate – the heady power of headier desire. And until a woman reaches a certain age (menopause, perhaps?) or a certain state of mind, the hormones are like a siren call: baby-maker, baby-maker, baby-maker.

And men instantly respond because their hormones are wired to give said baby.

It is the way to further the human race, after all. And to birth a child, a woman wants the best of the best. No ordinary man will do. He must be extraordinary and he must be exactly what she seeks.

The siren call though does much more than just cast out a net for a mate. It also slowly, but surely, reels in a man until he doesn’t know down from up.

The wiles of the feminine are incomparable.

In primitive times, woman sought the best hunter. Could he kill beasts, feed her baby and protect her from the elements? Well then, he could jump to the head of the line because that was exactly what she needed. She had the pick of the lot because she was the mother.

Ah, that’s the million-dollar question. What do women seek today?

Of course, all the usual qualities like honesty, compassion, empathy.

But beyond that, not much else has changed. Because still, women want to be protected. The difference is, instead of men killing actual beasts, we now expect them to slay the dragons in our minds.

Eve teasing? Where’s my boyfriend to stare down these rowdy boys?

Rough day? Where’s my husband’s shoulder to cry on?

Feeling moody because I’m on my period? Where’s my man to cuddle and give me chocolate or put on my TV series?

If you are a man who has embraced his feminine side, you will likely be discerning, intuitive and have a balanced hold on your bodily reactions and emotions. Even if not, as long as you are mindful and aware of your thoughts in every moment, you will be able to make choices that are suitable to your life and path.

But if you are neither?

Be prepared for a rollercoaster.

If you are a woman who has embraced her masculine side, you will likely be logical, oriented towards calculative decision-making and possess control over quite a few of your innate tendencies including but not limited to the siren call 😊 Even if not, as long as you are mindful and aware of your thoughts in every moment, you will be able to make choices that are suitable to your life and path.

But if you are neither?

Be prepared for a rollercoaster.

Some human experiences never vary, no matter the sex.

So, what exactly are these wiles of the feminine?

We seek out attention from the opposite sex unconsciously. Sure, we can chalk part of it down to biology.

But there’s also another side – the side which carries baggage.

I craved attention from men because I never got it from my father the way I wanted (for further reference, here). So, when I got it, I’d melt faster than ice cream on a sunny beach. My life, my self-esteem, self-respect, self-worth – they’d all drip and ooze away like the same ice cream trickling down my hand faster than I could catch it.

I was ready to lose every part of myself as long as it meant that I got attention. And I would unconsciously reel it in – somehow knowing when to hold his gaze just a few seconds longer, how to laugh at his joke in just such a manner, how to listen to his insecurities with just the right amount of sympathy and appreciation.

I don’t know. But I just knew.

Like I said, the wiles of the feminine are incomparable.

The sense of triumph I felt when something I did got the reaction I wanted, was amazing (like playing in the rain while he stared fondly and admiringly because you know – real life is also like Bollywood). The feeling of validation and power I experienced when I had the attentions of not just one, not just two but multiple men over the years was inexplicable.

And that’s exactly why it was so dangerous.

When every ounce of your identity comes from an external source, it’s only a matter of time before you crumble. Take away the source, collapse like a pack of cards.

Which is exactly what happened.

I was sucked into a black hole, of which there was no way out. Who was I without someone else telling me what they liked about me?

All of this may seem like a new-age, young-person issue. But it isn’t, not really.

Any woman who has felt, even for an instant, beautiful and confident in her own skin, knows what it is like to own the world as we walk it. For beauty is never about conventionality – it’s all about the confidence. And only confidence.

That reminds me of one of my favourite riddles – if I have beauty in my eye, what do I have in my hand?

I don’t know what the experience is like for a man. But as a woman, do you know what it feels like to be the sole focus of a man’s attention? When every word you speak is treasured and every action or gesture you make is adorable/beautiful in the man’s eyes? When even the way you flip your hair or scrunch your nose is worthy of an ode?

(Side bar: did you know that women are hard-wired to flip and fluff their hair while speaking to a potential mate? Really 😊)

And I don’t say that lightly.

Because until you consciously seek the Creator, the feeling of falling in love is a human being’s experience of God. The single-minded pursuit of and focus on the person you love is the closest experience to Bliss. Yes, there is the connection with our parents as well but a partner is the one you choose to be with.

Whether by design or by emotion, ultimately, the wiles are for one thing and one thing only – security, partnership, and someone to love. Perhaps this is just Nature’s sophisticated version of a pickup line. (Are you tired? Because you’ve been running through my mind all day.)

(Here’s a crude one just to emphasize Nature’s elegant design but also because I love it – did you just fart? Because you blew me away!)

Our only real relationship is with the Divine. The joy, peace and contentment we are blessed with when we begin to form a connection with Bhagvan is like nothing else. But until that time, the human version is pretty darn great too 😊

That’s why marriage is the middle path of spirituality. And for the partners who are friends before they are lovers, it’s the greatest blessing of the path because there is no greater human connection than companionship.

Oh, and the answer to the riddle:

If I have beauty in my eye, what do I have in my hand?

A bee. Because beauty is in the eye of the ‘bee’holder.

Now, that’s what I call a PJ – a proper joke, Swamiji style 😊

LovePassionSlice of Life
Support This Author

97 comments on this post. Please login to view member comments and participate in the discussion.