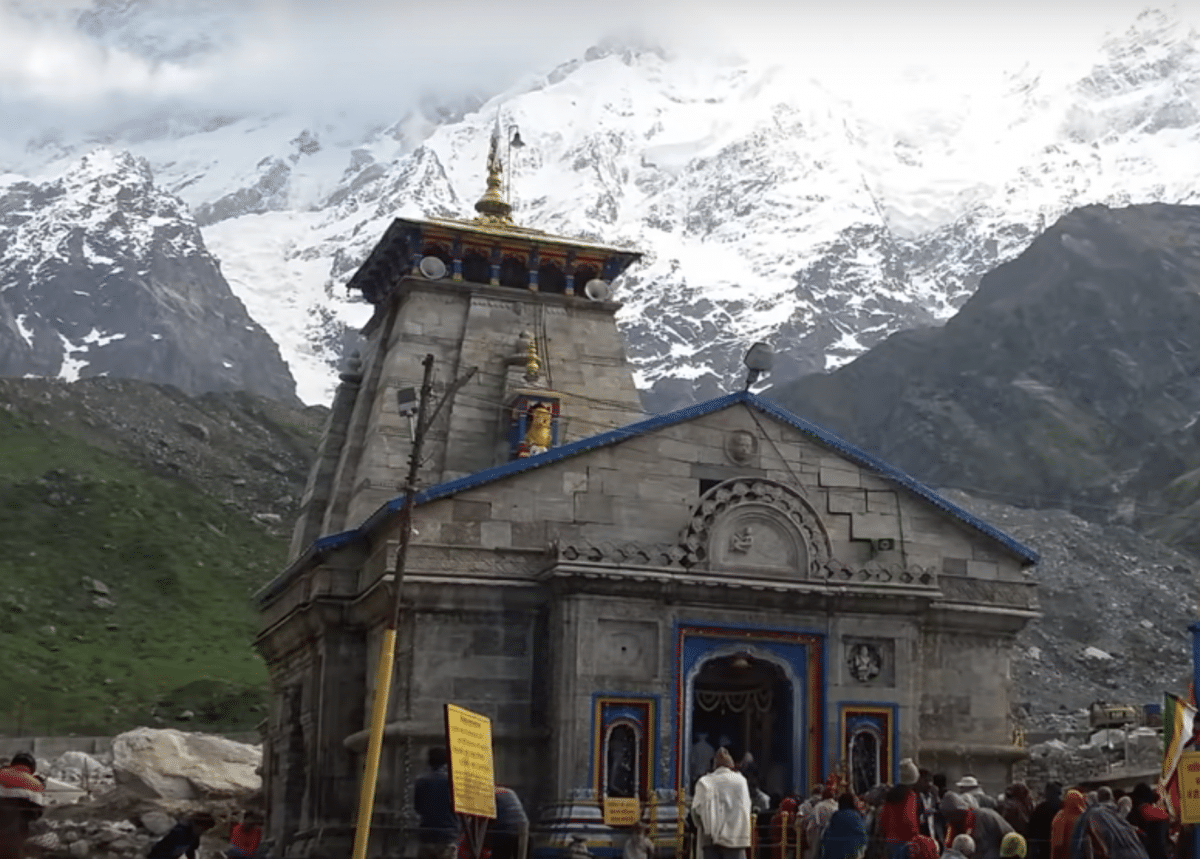 Through Highs & Lows of Kedarnath

Having already walked through the length and breadth of India, I was yet on another trip. The higher peaks have been calling me. I was on the way to one of the most powerful energy centers of Shiva’s reverberation- Kedarnath! The temple is said to be more than 1,200 years old and is one of the 12 jyotirlingas in India.

Given a time constraint, I decided to take a chopper, instead of trekking. While waiting at the helipad for my very much delayed helicopter to take off, I got an unexpected call from a friend in Mumbai, whom I have not heard from for months:

“Wow! Are you really heading for Kedarnath?” I could feel a thrill in her voice.

“Please take my priest’s number, who works there and get him to do a puja for you. He is absolutely amazing,” she insisted. “I will also call him right now and inform about your coming. His name is Mr. Shukla”.

I got goosebumps. Could this possibly be true?! What were the chances of her calling me now with this inside scoop information?! This could not be just a sheer coincidence! I felt like some higher energies were intervening, for sure.

After a breath-taking flight over the sun lit Himalayan peaks, the chopper touched the ground. I was in total bliss amidst the snow-clad mountains from all directions. In less than a month’s time this place would be closing down for winter season. Nobody is permitted entry during that time. Even locals relocate to nearby villages. The legend has it, that Lord Bhairava, who is enthroned in the temple on the eastern side of this hamlet, is protecting the place during winter months. Not to mention the fact, that this area must be covered in heavy blankets of snow, making it absolutely inaccessible for anyone during that period.

Still drunk from the picturesque views flanking me, I suddenly remembered, that I had to call Mr. Shukla. Guess what? My phone network provider had no reception whatsoever at this almost 12,000 feet altitude. Without losing my hope of finding him, I started to walk towards the Temple. It was half a mile stretch with big pavilion tents housing priests (aka as “pujaris” in India) along both sides of the pathway.

“Excuse me, do you by any chance know, where I could find Mr. Shukla?” I enquired a pujari at one of the semi-opened tents.

“I don’t know where Mr. Shukla is, but this is his brother,” he smiled, pointing to a nearby standing saffron dressed man.

“I am sorry, but I am looking for Mr. Shukla,” I repeated and continued walking.

The most astounding thing was that upon my every enquiry, each ocher robed man suddenly became Mr. Shukla’s relative, ready to do a puja for me. Some even pretended that they were Mr. Shukla themselves! I’ve been in India for too long to fail to see through their lies.

With my bare feet numb from cold, I finally reached the last pavilion, closest to the Temple. Giving up on finding Mr. Shukla, I just made a deal with a random priest, who took me into the Sanctum Sanctorum, where the conical Shiva lingam is worshipped as the Lord in his Sadashiva form. Within a matter of seconds another pujari appeared next to him, and they openly got into a fight about their respective cuts from me. Despite my limited Hindi, I could understand that there was a hierarchy in place, a business scheme of a well-established priesthood mafia in its own right.

“Money, money,” one more blow suddenly reached my ears, as the main priest of the Sanctum Sanctorum was extending his basket filled with the highest denomination notes (as if everyone was donating this kind of money) towards me, expecting me to add the same (nice trick!). Even though I faced similar incidents in the past, frankly, I did not expect anything of this kind to happen at this highly auspicious place. I was shocked!

No doubt, this sacred seat of the Himalayas had no choice but to employ Shiva’s destructive energy to purify itself through extreme measures a few years prior to my arrival there. Severe monsoon rains washed off many villages, including this one, thus taking away lives of many people. Apparently, this place had witnessed plenty of money laundering as well as drinking and non-vegetarian entertainment, too. Sad, but this wake-up call did not seem to have brought about any real changes.

Anyway, I got my darshan and puja done. Feeling high, and at the same time disturbed, I started slowly heading back towards the helipad area. Mid-way, having distanced myself from the crowds, I sat on a big stone and with my eyes closed, facing the late morning sun, I tried to ground my energies and reflect on everything that had happened.

“Miss, are you Shalini’s from Mumbai friend?”

“Yes,” I smiled in disbelief.

Here he was, who else, but Mr. Shukla himself, standing right in front of me! How on earth could he have found and recognized me amidst a few hundred people (including other westerners)? I was stunned.

“Mr. Shukla, right? I am very sorry,” I said, “but I’ve already got my darshan and puja done. My phone had no network coverage here. Really sorry.”

“But maybe you want to go back for one more puja?” he insisted.

“Sorry, Sir, no. I am all set, my cup is full. I am already waiting for my chopper to take me back.” Past noon or so helicopters stop flying due to unpredictable mountain weather conditions, that can change within a matter of minutes.

“How much money did you give to the pujari?” he would not leave me alone.

I was taken aback. Nevertheless, I was trying to stay diplomatic, as not to cause any feeling of uneasiness in him.

“The amount, that we have agreed upon,” I said.

He realized, he was losing his foreign bait, and without any hesitation or wink in his eyes he blurted out:

“How about giving some money to me?”

I almost flipped out. I did not know to laugh or to cry upon hearing this. Seriously. There I was, at this very holy place, still dazed by its most mystical energies, and now I had to deal with this type of polluted mind in a plural form! The demeanor with which pujaris carried themselves there just blew me away. Maybe it was their bread and butter, but it was all dipped in sheer crookedness! I felt really sorry for what these sacred mountains and the Temple had to witness and cleanse themselves off every day.

The priesthood! Is it out of destitute that one chooses this profession, (which in ancient times used to be family run and passed on from generation to generation), or out of love for God? Is it ethically and morally right to take upon oneself a role of a pujari, when making money is a bigger driving force behind it than becoming a doorway towards the Divine?

I realized, that the fluke of my friend’s phone call that morning had a message of a different kind for me. Shiva Shambo!

P.S. I wrote the above piece a year back, while at the Ashram, and today I decided to bring it back “home”:)

65 comments on this post. Please login to view member comments and participate in the discussion.