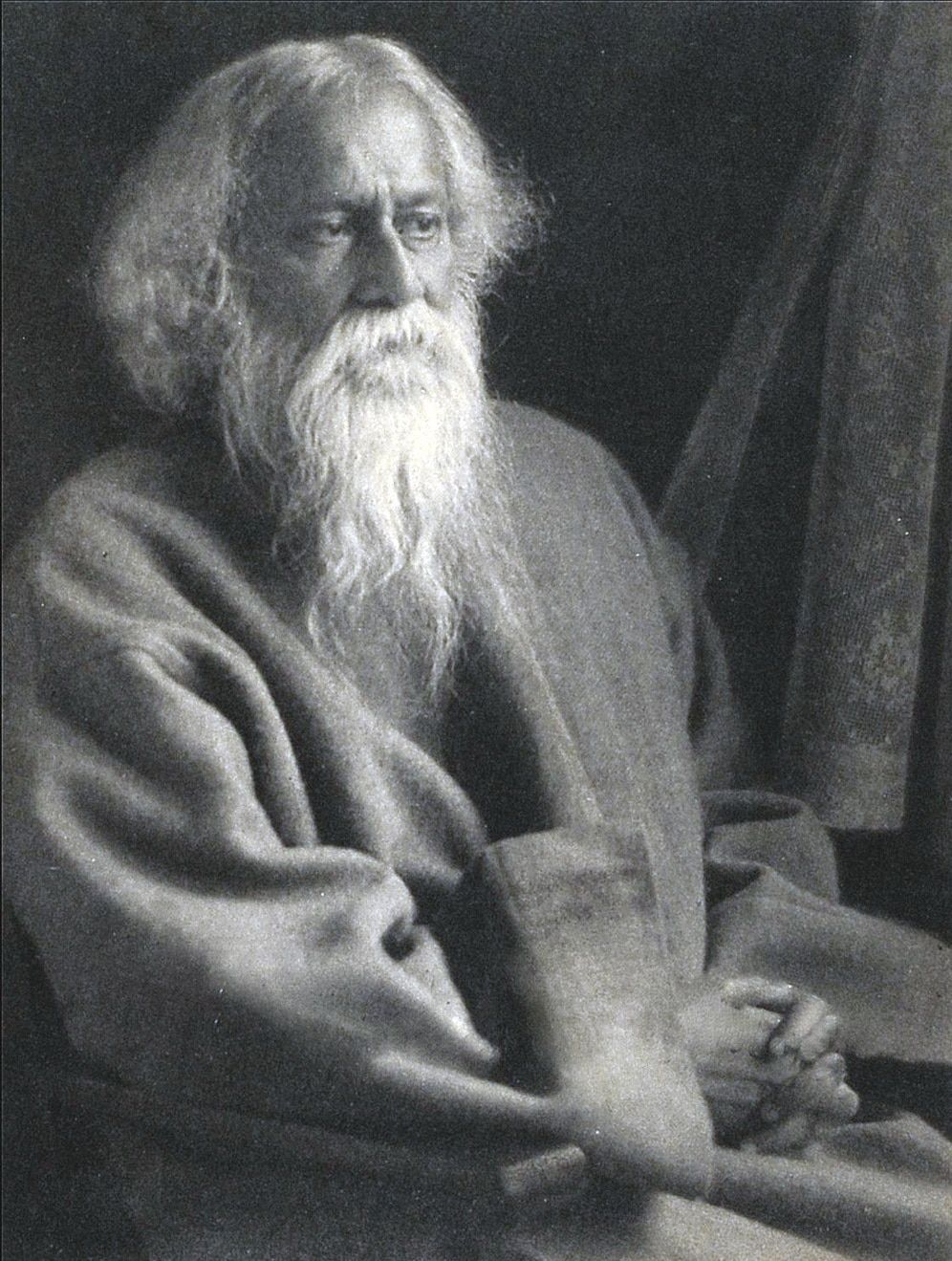 Timeless Tagore and His Surrender

It was Guru Purnima 2021. A few minutes into the guru-disciple zoom session, Swamiji started reciting Rabindranath Tagore’s “I had gone a-begging from door to door” :

I had gone a-begging from door to door in the village path, when thy golden chariot appeared in the distance like a gorgeous dream and I wondered who was this King of all kings!

My hopes rose high and methought my evil days were at an end, and I stood waiting for alms to be given unasked and for wealth scattered on all sides in the dust.

The chariot stopped where I stood. Thy glance fell on me and thou camest down with a smile. I felt that the luck of my life had come at last. Then of a sudden thou didst hold out thy right hand and say `What hast thou to give to me?’

Ah, what a kingly jest was it to open thy palm to a beggar to beg! I was confused and stood undecided, and then from my wallet I slowly took out the least little grain of corn and gave it to thee.

But how great my surprise when at the day’s end I emptied my bag on the floor to find a least little gram of gold among the poor heap. I bitterly wept and wished that I had had the heart to give thee my all.

Those who were fortunate to attend (or watch the recorded session) will agree that listening Swamiji recite one of Tagore’s finest works was a marvelous experience. Each word sounded so divine that my memory of the recitation still gives me goosebumps. (Ravi Om Trivedi has neatly compiled quotes and poems recited by Swamiji that day here). As a small tribute to this great Indian poet Rabindranath Tagore on the occasion of Rabindranath Jayanti (an annually celebrated cultural festival in the remembrance of Tagore’s birth anniversary), I am writing this post to share with you two of my favorites poems composed by him.

As ironic as it may sound, an important part of Tagore’s life was death. Tagore experienced the death of his family members time and again and often in quick succession. Tragedy first struck Tagore at the tender age of 14 when his mother passed away in 1875. Nine years later his sister-in-law, who was also his great friend, committed suicide. Between the years 1902 and 1907, he lost his father, wife, daughter and his youngest son. These deaths left him completely shattered.

It is evident from his writings that Tagore always was in search of that greater force that he believed controlled the Universe, because he went on in search of it every time death struck. And he must have found solace in this search — he composed numerous verses during 1908-1910, a collection of which formed his most notable work Gitanjali that won him the Nobel Prize in Literature in 1913. Sharing one of them below that shows his surrender to the divine:

In one salutation to thee, my God, let all my senses spread out and touch this world at thy feet.

Like a rain-cloud of July hung low with its burden of unshed showers let all my mind bend down at thy door in one salutation to thee.

Let all my songs gather together their diverse strains into a single current and flow to a sea of silence in one salutation to thee.

Like a flock of homesick cranes flying night and day back to their mountain nests let all my life take its voyage to its eternal home in one salutation to thee.

Concluding the post with a YouTube link to this powerful recitation of Tagore’s another beautiful poem. You’ll love it!