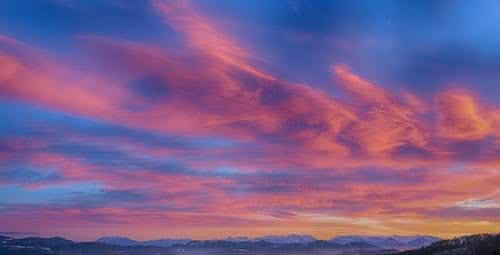 The get rich scheme that actually works!

Now that I have your attention 🙂

Ever played a game of hide and go seek or treasure-hunt? I’ve played it plenty of times with my sisters and friends when I was young. Amongst the six or seven of us, it was usually a good game, though finding the last one was the most annoying!

I remember it used to take me over 30 minutes of hunting and more often than not, the person or the treasure would be hidden in plain sight. Mostly, behind an obvious tree or bush or a cupboard! It never occurred to me to look in any of those places because “Hey! why would anyone hide somewhere so obvious !?”
Infuriating, I tell you!

Something quite similar happened the other day.

It was an everyday, nothing special, just the usual routine chalked up. I had just wrapped up some work and had got done with some home chores before that. So it felt good to sit down for a bit. The better half had made some real nice adrak wali chai (ginger tea) and got it over to the balcony where I was sitting. I thanked him and instantly started sipping.

It was eventide, the sky was set ablaze in glorious hues of crimson and pink, and it seemed everything had just stood still to watch in awe. A wee little bird, too, had peached itself on the railing and was being very still and totally oblivious about us humans in the vicinity. It seemed mindfully absorbed in the ‘show’, watching it with utmost reverence, the sort you would pay to a higher power.

I was still too, but completely someplace else. I was ‘looking’ at the grand spectacle unfold in front of me, except for one thing. I was not ‘seeing’ it.
I was too busy backpacking with all kinds of thoughts, somewhere in the alleyways of my mind. A classic case of being physically present but mentally absent. I don’t know how long I was stuck in that daze, but it took the husband to noticeably raise his voice and tap me on my hands to get me to snap out of it.

“Hello! Earth to Rohinee! Earth to Rohinee! Do you Copy?” He said a few times, almost imitating a voice you would hear from a transmitter.
“What?”I managed to sputter eventually. Look! See! What’s happening in front of you!” He remarked.

It didn’t take long for me to realise what was happening.

Nature had just finished unfolding a most breathtaking spray painting in the final moments left of the day. It was akin to watching a live masterclass on how it gets done. I saw gold and crimson melding with cobalt and coral and, for a moment, I thought I would make such a mess if I ever attempted to water-paint this on paper, literally! Leave it to the pros, I say. But such was the beauty of these few moments that even the moon seemed spellbound, hesitant to come out and usher in the end of day. A not-so-hidden treasure in plain sight. And it has been mine for the finding every single day. And yet, I manage to miss it.

Come to think of it, everyday is filled with such treasures. Sometimes, it is in noticing things like the first green shoots of a plant which you have been nurturing for a while, or that mischievous smile your child gives you. Maybe your significant other made you dinner or hot chocolate or you chanced upon a pressed flower you left in a book you are re-reading, or was it the smell of coffee in the morning… You get the drift.

Yet, we overlook these small joys that are strewn all over our day but are pretty much within our grasp. Small joys are what beautiful memories are made of, and there is a lot more depth, to them despite their apparent ‘smallness’. The big bounties which we constantly chase seem, in the end, shallow obsessions. That bigger and shiner car, label purses or for that matter, our latest obsession in wanting normalcy.

In the initial stages of quarantine, I could not help obsessing about wanting things to go back to being as they were — normal — and kept visualising the good old days. I was tripping on how life will get less burdensome when the help is able to come through or, how much fun it will be to go out for a movie or hang out in a cafe with friends. There was a lurking sense of fear and of not wanting to loose control over these joys that were abundant in the life before the pandemic — as if any of these were mine to control in the first place!

The fact is, the only thing that is and has always been in my control was my response in dealing with what everyday has on offer and my receptiveness in accepting what was unfolding before me. As weeks rolled on, it was clear that life is never going to go ‘back’- because it is always moving ‘forward’. There is no point in planning for ‘normalcy’ when there is nothing that will tell us that anything will be the way it used to be.

I noticed how hard it was becoming to even perceivably distinguish between the days of the week, the joy of an upcoming weekend on a Friday night had disappeared but so had the dread of a Sunday evening, everyday almost looked and felt the same! Maybe this is a new normal I needed to get used to.

I could choose to live in fear of loosing control, or live every moment of the present enjoying the treasures it offered. And if I choose to sow the seeds of happiness now, it is more than likely that happiness is what will bear fruit.

In that sunset I almost missed watching, a future was also being played out— a potential future that reflected the bounty I had collected with all the small joys over the years to come. I could see myself rich with emotional, spiritual and psychological wealth, currencies that I see gaining immense traction and value in our life post Covid-19.

So, what say? Let’s play a game of treasure hunt, shall we?