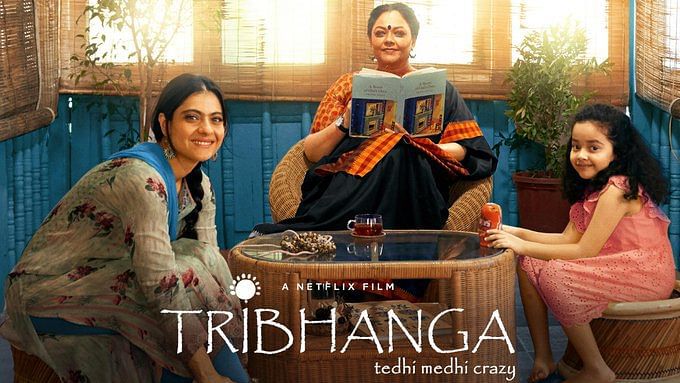 All of them wanted to say sorry to each other but life did not give a chance to them.

A few days ago, I watched the movie Tribhanga, available on Netflix. When I started watching that movie, I was surprised to see famous actor Kajol using abusive language because I never saw her using that kind of language in any movie. Keeping the language aside, I loved the concept of that movie. The movie is a story of three mothers. One is Nayan (Anu’s mother), Anu (Masha’s mother) and Masha (daughter of Anu) who is pregnant. This is a story of three women from three generations.

The three of them have their own struggles and all of them have complaints against each other. Anu’s love and passion was dancing, Nayan’s passion was writing and Masha dreamt to get married to a normal guy with a big joint family. Nayan always kept herself busy with her writing due to which she couldn’t pay much attention to her family. One day she left her husband and took her kids. After sometime, Nayan fell in love with another guy and they started living together. But he started sexually harassing Anu.

Anu thought her mother knew everything, yet she let everything happen to Anu intentionally. Anu developed hatred towards her mother because of that reason. Anu made her career in dancing and acting and eventually met a guy whom she fell for. Anu started a live-in relationship with that guy. She got pregnant but her partner was getting violent and abusive day by day, so she kicked him out. Anu was blessed with a daughter, Masha. She raised her daughter Masha all alone due to which Masha faced so many societal issues in her childhood.

Nayan was reciting her life story to her student as she was unable to write because of Arthritis. The student was making an autobiography on Nayan’s behalf and he was recording everything and played that part in front of Anu where she spoke about Anu’s harassment. Nayan felt guilty because she had no idea about the abuse.

Masha came to visit Nayan in the hospital when her mother-in-law made a video call and asked her about her health and her grandson. Anu asked Masha how her mother-in-law knew that she would have a boy and Masha told her about the gender determination test. That shocked Anu and she started questioning Masha regarding this behavior of her in-laws. Masha said, “At least I will give a proper family to my child.” A teary-eyed Anu asked her why she didn’t confess everything earlier. To that, Masha replied to Anu, “Everything was happening in front of your eyes, how did you not know?” At that moment, Anu saw Nayan and remembered how she used the same words for her.

So, this is it. Sometimes, we blindly trust the wrong person and the right person seems wrong to us. That movie was an eye opener to me and a reminder to me. Misunderstandings grow when we don’t share our feelings with our loved ones. Probably, this is life too. Anyhow, we will face reality based on our own perspectives alone.

All of them wanted to say sorry to each other  but life did not give a chance to them.

If you have watched that movie, you will know why they did not apologize to each other.