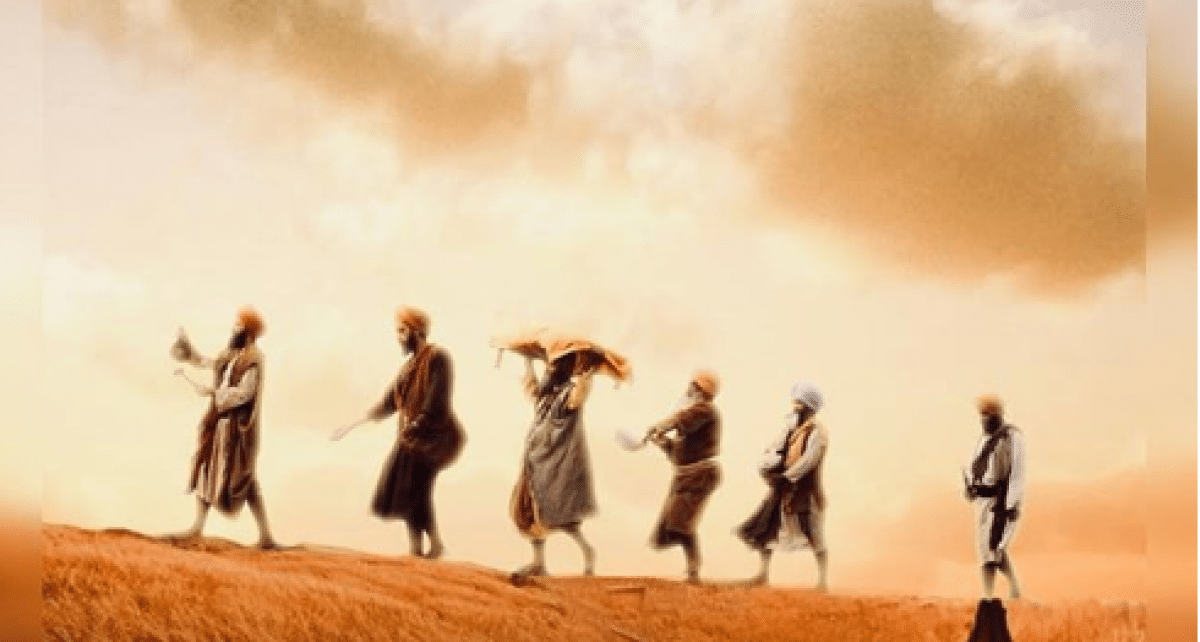 Pandit ji carried his anger with utmost grace and left the room and went to see the queen.

Pandit ji: O respectable queen ! Please tell me what has happened to the king ? You must look after him otherwise he will keep crying day and night.That day is not far away when someone else will overtake the throne.

Queen: My goodness!! don’t say such words for our king Pandit ji.If I could do anything for him,I would have done it earlier. I just know that he’s in love with Nanak, it’s good or bad,I don’t know but it is true love. I am  not well versed with Vedas, rather you are Pandit ji and it’s upon you that you confront him and win his heart by the power of love.

Pandit ji : I don’t understand how come he can love Nanak, when he has neither seen him or heard him.Only one thing can make him hate Nanak -fear.

Queen : No! I won’t let you do that . Although the king dwells on Nanak day and night, one thing is for sure ! Love of Nanak has some divine magical power.Ever since, he has been entrenched in Nanak’s ambrosial love,he has become kinder,calmer and does not even use hurtful words for his enemies or anyone else.

Pandit ji: So what do you want ? O queen!

should we just allow him to get astray from his own religion and lose the kingdom ?

Queen : No, I don’t want that but if you want to save him,dye him in the colour of love,invest the spiritual power which gives him contentment, not fear.

Pandit ji : Okay ! I will think upon that after saying, that Pandit ji leaves.But he is surprised.He talks to himself and says,” what sort of eclipse this cunning Nanak has get onto our king, that it’s shadow has covered everyone’s heart.Sehju is Buddhist,yet Nanak’s love has deluged him,Diwan is Vaishnav, he too is immersed ; Queen doesn’t know anything,was  my follower and yet sings Nanak’s  praises. To whomever I talk,they admit to the fact that , the trader had some spiritual power.Everyone confess that the king has been overtaken by the true love of Nanak and that love has turned him into a better person as well as outstanding king whose kingdom has become the witness of his compassion and peace,which was never felt earlier.I can’t bear such irreverence to my religion but I also can’t deny the fact that I don’t have the capability of giving sukh (peace) to king’s Mann( mind ) like that traveller ” Mansukh” so that I can spell over him.I have to take a political move now .I am puzzled.Some mysterious force has come from the North and pulled everyone towards itself.O God ! Please help !……

Jail Adventure
Is a Husband Liable to Share How Much He Gives As Loan from His Own Earnings to His Wife?