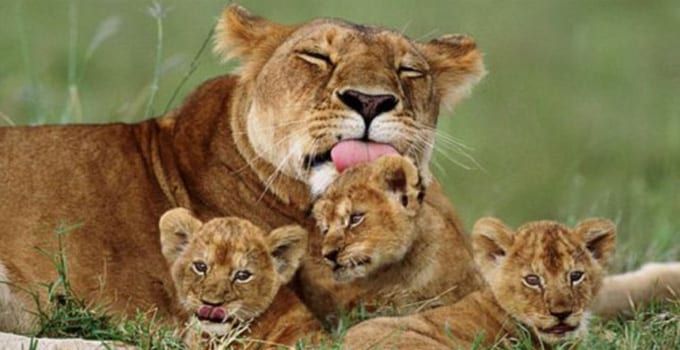 What Does Being an Orphan Mean

The common definition of the word ‘orphan’ is a child deprived by the death of one or usually both parents. Just like any other human I was also taught this definition in its literal way. When our parents leave this physical realm we are called ‘orphans’.

But my whole definition and my understanding of this word changed recently when I met Mr D.Rameshwaran Ragland who runs Jasmine Girls Home, an orphanage (I can’t call this place an orphanage because I know here they have Ramesh and his wife as their parents and all other children as sisters)

Before I share what I learned from him or to say my ‘Aha!’ moment, I would like to share something about myself and why the word ‘orphan’ holds so much importance to me. To make it clear in the beginning itself that I am not an orphan as described by any dictionary in the world, my parents are alive and I also have a biological older sister and an adopted brother (adopted by my parents when he was only a few hours old).

I also don’t come from a dysfunctional family. Still while growing up I always felt lonely, unsupported and unguided. My parents were hardly present in any decision of my life whether it is studies, sports or extracurricular or later my college or my career. They were there but not there for me. Same with my sister, from her I only felt a sense of disinterest, distance and domination or to say ‘sibling rivalry’ (Now I understand what it is, then I did not).

With the arrival of my brother, almost 11 years younger than me, probably my parents’ long pending wish of having a son got fulfilled and clearly, I sensed more alienation. I started earning right after the 10th standard and after the 12th I started supporting my parents financially too. When my mother got detected with Bones Tuberculosis (TB) I was in 12th standard and literally, I sat at home the entire year to take care of my mother and household responsibilities (as we could not afford external help). Even during and after my marriage, I was never dependent on them financially.

When I lost my husband 5 years ago, my family came and left just like any other relative and after that also whenever I or my son needed their presence they had one reason or the other to show their inability. Recently when I lost my father-in-law, as usual, they did not come and stay with us (more from a society standpoint). All other daughters-in-law of the family had their parents’ family by their side.

All these years I was missing their presence in my life and feeling more and more lonely. I hardly receive or make any phone calls to my parents, sister or brother. The lyrics, “She’ll tell you she’s an orphan / after you meet her family”, from “She Talks to Angels” by The Black Crowes, speak of a lesser-known idea of orphanhood.

Though it shames me to admit this, I sometimes wished that my parents were dead. Knowing that death is final and that they are forever gone would provide me with the opportunity to grieve and move on in a much easier way, than knowing that they are perfectly alive. And that despite all the wishes I may make to change how they behave, they will never be capable of being the parents I need or needed as a child in spite of understanding my Karmic Bandhan with them. This kind of grief isn’t black and white. It’s murky like the churning waters of a tsunami, filled with debris, chaos, uncertainty and overwhelming vulnerability.

My therapist said that in order to heal from this trauma of abandonment I’d have to grieve the loss of the parents I never had. But how? How does one grieve something that isn’t gone? How does one reconcile mourning the loss of someone who is very much still a pain on a regular basis?

I felt lonely for a long long time. But now Mr D. Rameshwaran Ragland’s words come ringing in my ears, “Madam I told my girls that when you came to us you were an orphan but not any more because I and my wife are your new parents and all the children in Jasmine Home are sisters now. These are the relationships you will identify yourself with wherever you go in your life” (Literally all these 26 girls, aged 4 to 16 years, call Ramesh and his wife papa/mummy) “But you become an orphan or you orphan others when you do not accept each other in this home.”

The Jasmine Girls Home, Hyderabad, houses rescued girl children across many states as far as Bihar. These girls not only have their own emotional traumas but also bring with them language barriers and different cultures.

When I heard Rameshwaran say these words it was my ‘Aha!’ moment, one of the biggest realizations of my life. Being an orphan does not mean not having your parents or siblings. One can be an orphan even when everyone is alive and kicking. One’s inability to sense and relate to the pain and need of their near and dear ones and be with them when they need your presence (physically or emotionally) the most in their life creates orphans within the relationships. I feel this single-pointed realization has helped me become human valuing humanity.

I feel I am becoming a better mother as I am more sensitive to my teenage son’s emotional needs. I also now understand my responsibility of being more sensitive, attentive, approachable and compassionate in each and every relationship I have or I get into whether it’s with known people or even strangers for that very matter. I also learned that no matter how religious I became, if I do not know how to deal with gentleness and compassion, my deeds are just meaningless actions. How do I stand in front of my God? If I cannot care the least for someone vulnerable God placed in my care?

P.S – Dear Readers, It has been difficult to share my story with the utmost truth. I don’t know how much you can relate to it but somewhere I felt confident from my OS community that it’s a safe place where I can be who I am.

My mind knows who am I but I want to experience the same at my Heart level.

Magnificence
The Practice of Satsang: Solitude, Reflection and Prayers