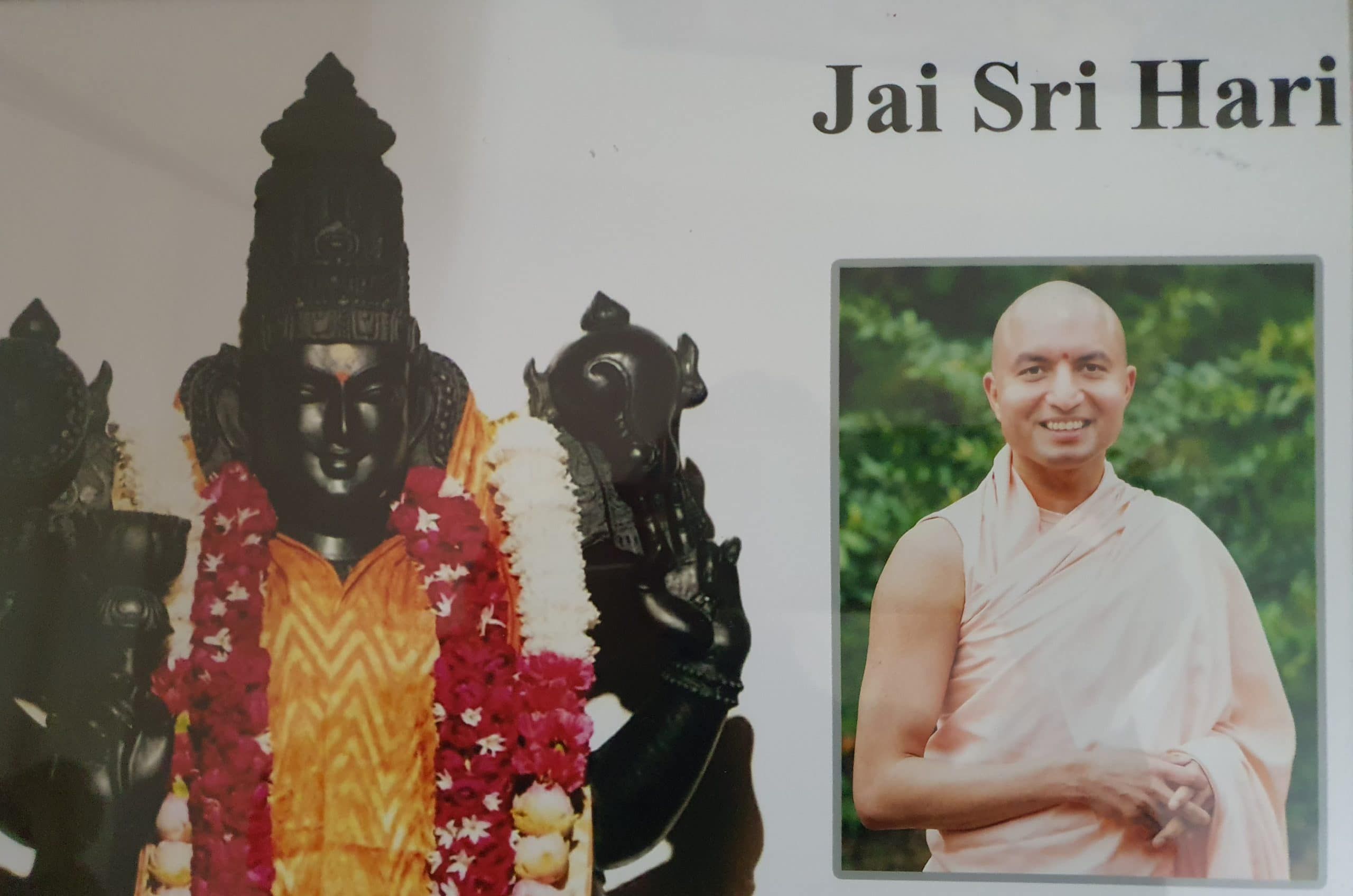 When He Calls: Part 6

Listening to our plea how Sri Hari granted it!

The year 2020 dawned and we as a family marked the calendar for numerous events. As a custom, we have been doing it every year in the first week of January.  So there was so much lined up and we were super excited! All the events were related  to Swamiji and we looked forward to each one of them.

In January, Alok was going to attend Swamiji’s astrology camp at Delhi.

In February,Alok was going to attend creative writing camp by Swamiji and Sadhvi Vrinda, at Ashram.

I stayed back with Bhavita as her class 10  board exam was due in March.

For Alok, few days of March,were spent in preparation of upcoming Navdurga sadhana at Ashram. He was ecstatic that by SriHari’s grace, he got seva of arranging samagri related to Havan (When Swamiji did Navdurga sadhana, which we all attended virtually, He used some samagri from the same) In April all four of us were keen to be part of grand yajn, Swamiji himself was going to perform.

After this, me and Alok had booked for  Swamiji’s workshop on health, in Delhi.

You see,our world revolved around our Lord!

Then there were other things planned but bookings were done till April and we decided we would do rest of the bookings according to kid’s school schedule.

Alok was super happy to attend astrology and creative writing camp. Every now and then he would reminisce the wonderful moments spent with Swamiji, how Swamiji spoke to him,how He explained most amazing things in simplest manner and hearing all that my heart ached more and more to live those moments,to be with Him!

In March, we couriered Havan samagri to Ashram and were counting days for our upcoming visit to Ashram for annual celebration of SriHari’s consecration and Nav Durga sadhana, after Bhavita’s board exams(which were getting over on 18th March.)

The world had come to standstill owing to unprecedented covid pandemic!

Everyone and everything was affected. All our plans were shattered 😲

Schools were closed,offices were closed, markets shut down, trains were halted, aeroplanes stopped flying but…. my  hospital did not close even for a day!

In raging pandemic and lockdown,I didn’t stop working even for a day. Amongst all the uncertainty and chaos,babies were born just the same! Only thing changed for me was from regular work,I was getting overworked. Much to my chargin, my cook, two maids who worked as helpers, our gardener and driver were given an indefinite leave.

Fear of covid was such that most doctors in Haridwar closed their OPDs and hospitals and started consulting online but we  never closed our OPD. I mean how would I see pregnant patients online? How could I assess them without physical examination?

I never ever felt scared of anything related to covid and the only reason was Grace of our master and my faith in Him 🙏 When He says, we are never alone, I believe Him. So I kept working through the pandemic fearlessly and I continue to do so under His protection🙏🙏🙏

With all that uncertainty, looming large at every nook and corner,people needed comforting words from doctors more than ever. With anxiety at its peak, me and Alok found ourselves mentally exhausted counselling umpteen number of patients 😔

More than regular workload,cooking, cleaning, washing, dusting, gardening and the likes….and this went on and on for months and this overwhelming work took a huge toll on my health.

In October, my health deteriorated and all the tests were anything but normal 🙃

As Swamiji said in His recent post,when we have a lot to do,the thing we ignore the most is our health.For me, it was time to wake up and take charge of health.

I resumed my exercise schedule, made significant changes in my diet, maids came back to work and things started looking hopeful. ☺

While life had slowly started coming on track, I could never recover from this shock of not seeing Swamiji for months together. Alok had fortune of His darshan till March while I had been to Ashram in October 2019 and after that never got opportunity to see Him. Since 2017,we have been visiting Ashram every few months and made sure to attend all the events conducted by Him. None of that was happening now 😐

Though Swamiji was conducting virtual events,Sadhvi Vrinda ji was constant source of comforting words through emails, I was watching Swamiji’s you tube videos,was reading His biweekly blogs, but Bhagwan still  looked far away.  Sure there was this fragrance of His blesseings all the while but I was just not content with that! As is the human mind,I didn’t want just the  fragrance,I wanted to see that fragrant flower!

In those testing times and uncertain  situation, the desperation to see Him in person was rising every single day.

Day in and day out I was fervently praying to Sri Hari ‘Bhagwan,do not abandon this child of yours! Please let me have your darshan before the year ends 🙏 My days started with a prayer, ended with a prayer and filled with a prayer. Bhagwan was all that on my mind and to have His darshan was the only wish!

SriHari’s playful smile used to haunt me so also Swamiji’s ringing laughter! How I missed my Bhagwan 😔 Only my heart knew!

Alok and I were almost on the verge of emotional breakdown and then on 29 th December,we got a call from Ashram (from Rajeev ji) we could visit Ashram for a day or two!

I wish I had words to describe my feelings when I heard this. I cried tears of joy and my heart sang His glories!

We all  know that Bhagwan is there,we pray and we know He listens but when we experience that He actually fulfills our most mundane desires,He the Lord of the Universe grants your wish, it’s a feeling like none other🙏

When going to Ashram looked unthinkable and impossible at that time,He had called us! Only He, the ocean of mercy would do that!🙏

All glories to Swamiji 🙏🙏🙏

A/N: Sri Hari not only called us but gently carried us to Ashram. Find out how 🤔 in the next part.

Image credit: This picture is gifted to me by lovely devotee brother Vivek Dubey.

AnecdoteDevotionSlice of Life
Support This Author

90 comments on this post. Please login to view member comments and participate in the discussion.