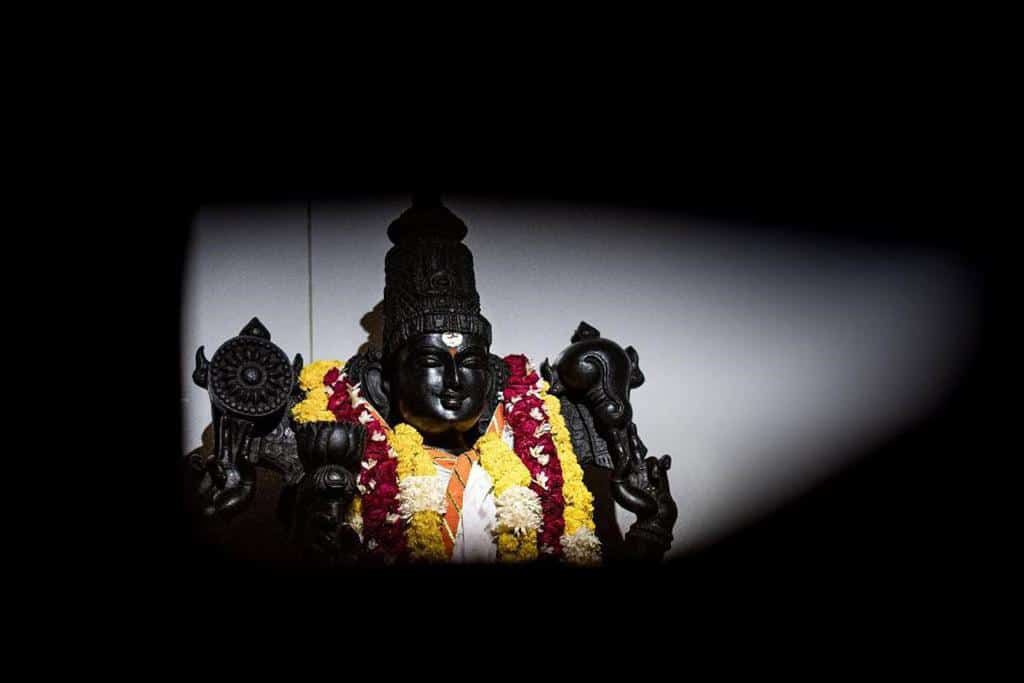 How Sri Hari carried us to the Ashram.

The Ashram is our home and just as one does when they arrive home, I make sure that I take something or the other for all the family members. There was so much to do and such little time! 🙃 We came to know about our visit on the 29th of December in the evening and we were going to get started in the early morning of 31st December. We were ecstatic that Bhagwan had actually called us amongst these difficult and testing times of the COVID pandemic and just a day to go for our visit, we started preparing with absolute zeal. 😄

On the day before our departure, it was almost midnight when we hit the bed. We had decided to leave very early as those were the days when farmers’ agitation was going  on and its epicenter was Punjab, the state we would be crossing on the way. Sanju from the Ashram (Sanju arranges the travel of devotees to and fro from Ashram) had advised us to cross Chandigarh- Shimla check post by 9 AM, lest we might get stuck as farmers used to gather there for protest by 9 am and they used to hold the traffic. Alok always makes sure to speak to him (As a SOP) before traveling to Ashram. 🙂 Alok was also expecting extra rush on the Shimla highway as it was the 31st of December! That’s why reaching by or before 9 am was important.

When it comes to going to the Ashram, our enthusiasm is unmatched! Alok and the kids were super excited and supercharged 😍 With all that excitement bubbling inside, Alok woke up at 3AM and gingerly peeped outside the window. To his surprise, the weather was clear and there was no fog at all!

In North India, most days of the months of December and January are quite foggy in the morning- a white mystery beyond the glass windows is common. At this pleasant surprise, Alok got all fired up and energetic and everybody was up within the next few minutes. We all got ready and left home at 4 AM much before planned. We were so happy-happy- after all, we were going home! 💃

Just within 5 minutes of driving (and the excited chatter in the backseat), we noticed some fog around the corner, but brushed it off saying that the road would probably be clear in a mere few minutes!

After a couple of minutes however, the fog only got denser! But our naive minds once again thought that it was a matter of just some more time and we would be good. 🙂

Alok’s been born and brought up in Haridwar and so, he was aware of every single road and corner but with no visibility, going ahead looked impossible!

The thought strayed in my mind…is the defogger on? Yes! It was on inside the car but the weather outside didn’t have a defogger!😔

Anxiety filled up the car like the warm mist of our breaths as we haplessly stared outside the windows.

The car was moving at a snail’s speed. What was our chance to ever reach Chandigarh by 9AM?

It had been 9 long months since the pandemic started and for the same reason, we had not traveled by road outside Haridwar,so we were not  really aware of ongoing construction on the Chandigarh highway. Heavy construction was going on and either the road was half constructed or it was studded with construction material. 🙄 The sign boards were practically not there and old roads were almost scrapped away!

How do you see all of that in the pitch dark? I am citing all these details to tell you that because of all of that, GPS didn’t quite work on that route and our car had hit a dead end!

Where to turn? Where to go?

With the visibilty extremely poor and not a soul visible for any enquiry, at 4:45 AM in the morning 😕, what could we do? The frustration was already setting in- we realised that if we had any chance at all to reach on time, it was Bhagwan alone who could help us. Since He had called us, we prayed Him to take the charge🙏

At that time, we were just 5 km from our house. Should we have  waited to resume our travel till sunrise? 🤔 that question did not exist for us!

The only question was, how to move ahead?

How to drive when you cannot see where the car is going?

The only thing faintly visible was the street lights. That just made sure that we were on the road and had not drifted off road somewhere else. 😟

Since the city bypass is usually very lonely in the wee hours of the morning, Alok had decided to pass through Roorkee city. With great difficulty we passed through it as the city too was enveloped in a thick layer of fog. Matters only got difficult ahead as there were all farms on the road and there is always even denser fog around the farms. So we were going from bad to worse!

Here we were, going to Bhagwan’s abode and yet, how could this be happening to us? We had not anticipated this at all.

A doubt stealthily creeped into our minds but our lips never left the chant of His name. Not for a moment! All four of us were incessantly chanting Sri Hari! Sri Hari! Swamiji! Swamiji!  Bhagwan! Sri Hari Bhagwan!🙇‍♀️🙇‍♀️

By then, Bhavita and Hemanya were sitting at the edge of their seats, much like how one watches a horror movie! 😨You can well imagine a movie theater with the screen and lights off- it was exactly like that.

Finally… Sri Hari Bhagwan took pity on us and we found ourselves on the highway! The GPS confirmed that.

But the car was still moving very very  slowly. We had just 2 days to stay at the Ashram and we wanted to reach on time, not wanting to waste that precious time getting stuck because of the farmers’ agitation. But with such speed, how on earth could we reach Chandigarh by 9AM?

Suddenly, out of nowhere one car went just ahead of us. How we envied that car! Because the driver was driving at the speed one would travel in bright daylight! It was as if the driver had some special vision and he was practically zipping through! It was something we’d never witnessed. Alok immediately had this intense feeling of following that car- We considered him a Godsend .🙏

Considering our circumstances, was he not?

We all glued our eyes to that car almost like one-pointed concentration and chanting Bhagwan’s name, simply followed it. Wherever the car was going, we were following it!  Our car, which had been creeping along at the speed of 30 km/hr was now rushing at the speed of 90! Was the car moving on the right way? What if we had miscalculated again and did not reach our destination? 🤔

But we were done with our decisions and simply followed our 💕. Any guess how far the pilot car took us?

No! Not till Chandigarh!

The way car had appeared, it just vanished! It disappeared into thin air ( pun intended) near Yamuna Nagar exit.

Who was driving that car? Where did the car go? Who was that Savior of ours?

Any guesses? Do let me know in the comments section!

It’s a mystery beyond our hearts!

Alok’s guess is- He pulled us out of misery and went to rescue some other devotee in distress. ☺

And we were once again left His mercy. 🥺

Were we not already at His mercy?

But, by then Alok had gained enough courage to drive through the fog. Sign boards were visible enough as sunrays were already seeping in through that thick layer of white mist. And by now, we were more than sure that Sri Hari was with us all the while. Though the pilot car had disappeared, our speed remained the same!

He is natkhat nand lal 🥰 He was simply playing a prank on us in the beginning. 😂

The rest of the journey passed blissfully with Sri Hari’s grace and we hit Chandigarh at 8:30 AM, well before our planned time! 😊

The moment we entered the city, bright Sun appeared and we chorused in joy-

And I turned back to find my daughters turned into Jadoo 2.0.

The sunny weather had elated us indeed, but our spirits were already drenched with Sri Hari’s love and we still bask in His love whenever we recount this experience! ❤ It was an experience like none other and we do not shudder in foggy weather anymore as we know that just like that awesome day, He would gently carry us every single time, cradling us in His loving arms.

We are His children and He takes care of us AT ALL TIMES. We have experienced this countless times and this awesome journey simply enforced our faith even further! Our limited minds can not even begin to grasp the magnificent scale at which He operates and only thing we should be doing is Surrender to His will and all is well then.🥰

All glories to Swamiji 🙏

A/N: I am extremely grateful to all my lovely readers for showering upon so much love and your incredible love alone has encouraged a doctor to write so often. Lots and lots of ❤

My immense gratitude to Hemanya for her wonderful editing and to Alok for his valuable inputs.

78 comments on this post. Please login to view member comments and participate in the discussion.

Doing Something For Others
Kiss