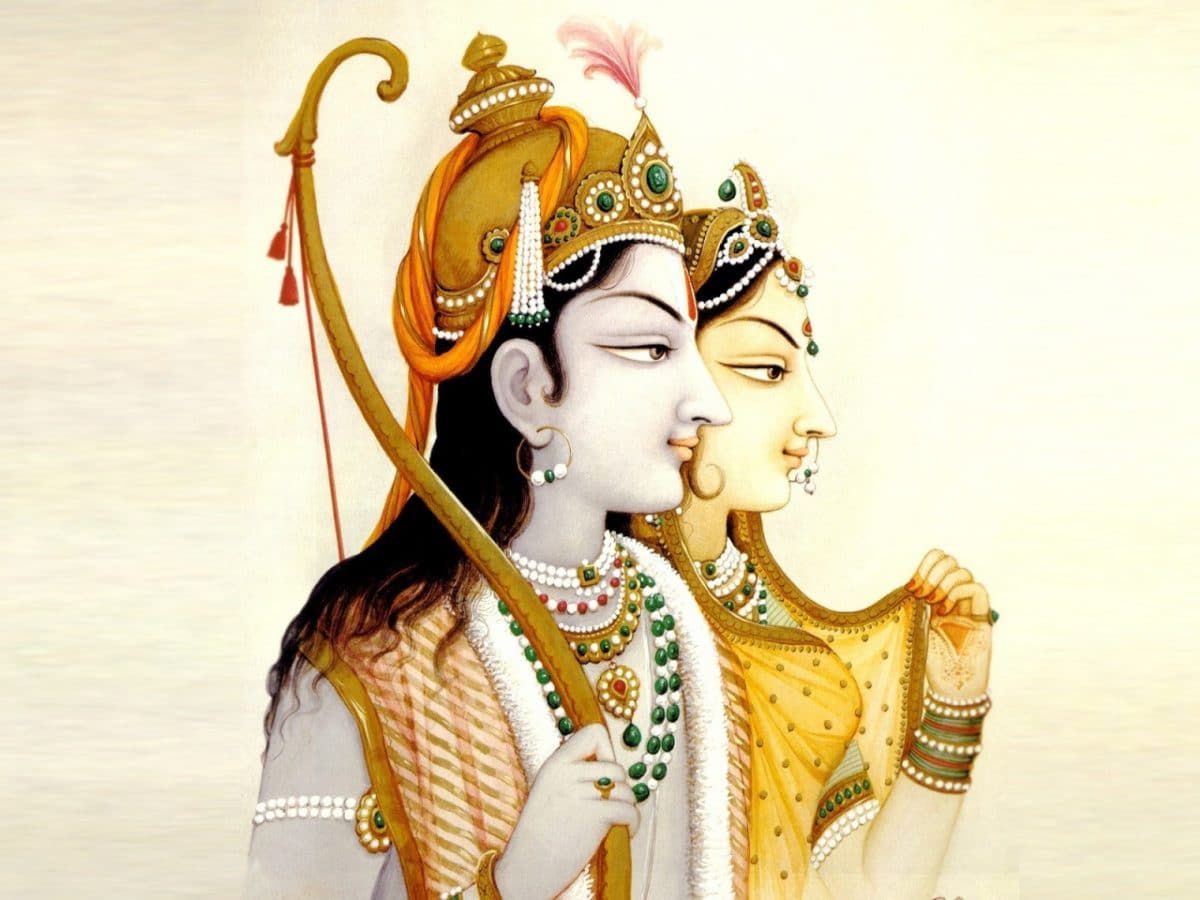 The one for whom whole existance was the identity..!

My obescience to Guruji, who is the mother hen of this community. We are like twigs that grow under the shade of huge banyan tree which protects us, nurtures us & helps us evolve. With his guidance & with the grace of mother I am expressing an openion that is very close to my heart.

People might have different reasons why they are connected to their home & I am intensely connected due to the very foundation of my home, which is the history of my culture. The history that we stand on is so ancient & whimsical that we call it mythology. Our history has given us the man with the highest level of consciousness whom many of us hold in our heart, the king Rama. Every single incarnation of Lord Vishnu, the emperor is significant due to it’s depiction of stages of evolution of consciousness. To be Krishna, the awakened, the Guru, the detached; appears impossible without being Rama, the epitome of consciousness & the universally attached.

Why is he deemed the highest of the men..?

Whenever i think about Lord Rama or the king Rama i cannot help idolizing him. Why do i admire Rama so much..? There are multiple reasons. Let me go through few reasons with fellow admirers so that we can reflect on our own lives & the impact Rama has on the way we experience & explore our truths.

Rama, the highest of the men :

Rama is considered the highest of the men because he exemplifies the thought process & actions of a person who is bound by the law of karma & intricacies of being human with a mind that projects & struggles to make sense of the constructed & relative world around while moving towards consciousness or the absolute. He exemplifies the application of pushartha in different aspects of his life. Every dilemma in life has an answer from Rama’s life through different roles he plays as human & how he deals with complexities of life.

A person can be selectively conscious. He can be conscious when he feels incharge of the situation. It’s hard imagine the one that is always conscious. Every word Rama uttered was meant & every arrow that went out from his bow would reach it’s destination. It’s hard to imagine the level of concentration & consciousness it takes to live that way while one is a king, a husband, a son, a brother, a friend, a desciple & a guru/lord where many of the roles are to be managed when they have conflicting needs.

Rama embraced the Boundaries & Limitations of being human

Butterfly cannot come back & tell the pupa the truth that it knows. Parents cannot convey children their expeiences. Each one has to figure out the truth of life for themselves. Rama completely embraced it.
Him being a realized person would know the illusion that is the golden deer however he cannot convey it to Sita, if she intensely seeks it. Rama would never cut the nose of Shurpanakha for desiring him if it was upto him. Sita’s desire is her truth at the moment & Lakshman’s anger is his truth of the moment. Rama with all his consciousness & awareness can neither change the play of destiny or the truth experienced by people around him. He can only set an example from his own conduct. Every moment of his life.

Rama as a son to King Dasharath valued his father’s word over his emotions. Rama as a son to Kaikeyi loved her exactly the same irrespective of her intentions or behaviour. As a husband executed the duty to protect his wife with utmost diligence however held the law of devotion & commitment between partners above his need for partner in his life when rejoined after Ravana’s demise. As a king upheld the functioning of the system/rules to be alike for the king/queen & the commoners when he sent Sita away from him.

A man who dealt with barriers within & outside with only the sense of the universal evolution guiding him.

If Rama was an individual who had emotions like you & me, how would he feel while leaving an ailing father, devoted brother & enticing kingdom behind to an experience full of hardships at multiple levels that is highly uncomfortable & taxing for a prince..? If Rama were a loving & devoted husband, how would it feel for him to experience Sita going through the trauma of a kidnap & subsequent test to prove her loyalty at the level of heart, conduct & societal requirements..? If Rama was evolved how would it feel like to suffer due to others ignorence while not even uttering a word about it..! None of these feelings ever made Rama put any of them above the rationality.

SANT S asked in Self Discovery 7d ago