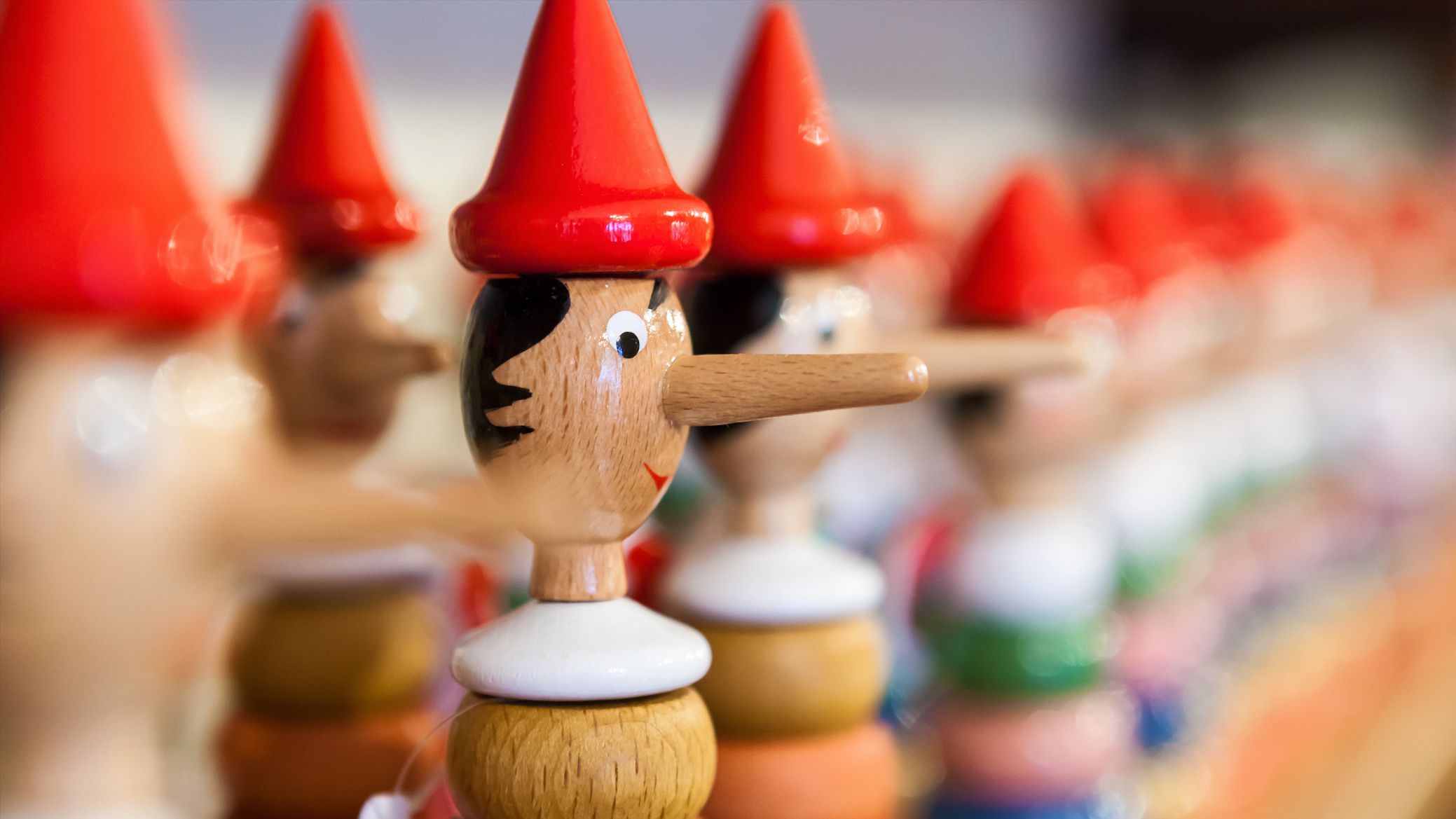 Why Do We Lie?

An analysis of the phenomena

After a brief pause, today I am writing a blog. In this blog let us discuss something about lying!

From Psychological studies, it has been revealed that lying actually needs skill! In fact, it is a Higher Order Thinking Skill (HOTS) which we learn from our childhood (we are born true, but nurture lie, what an irony!) and takes quite a bit of skill, practice etc to master. And I am not lying! Swamiji has mentioned several times, that we lie to influence something or someone which is the whole and sole reason for lying. It really is the truth! Just analyze all your lies and at the core, this would be the reason. Need more explanation, as do you think that I am lying? Here you go. (Excerpts from Psychology Today Magazine)

Believe it or not, our lying makes some sense, when a third person looks at it through our eyes. (Disclaimer: I am not encouraging liars)

The number one reason we lie when it just doesn’t matter is that we actually do think it matters. While everyone around us thinks it’s an inconsequential issue, the liar believes it is critically important. They may be putting undeserved emphasis or pressure on themselves, or on the issue, but you won’t know unless you ask something like, “It seems like this issue is really important to you — why?”

Often, we tell lies because we are trying to control a situation and exert influence toward getting the decisions or reactions we want. The truth can be “inconvenient” because it might not conform to our narrative. Many a time we do not want to expose our weaknesses by revealing our ignorance or weak moments or state of mind, which prompts us to lie at the top of our pitch. Do you agree? Please don’t lie and write in the comments section.

3. We don’t want to disappoint others around us:

It may not feel like it to you, but people who tell lie after lie are often worried about losing the respect of those around them. They want you to like them, be impressed, and value them. And they’re worried that the truth might lead you to reject or shame them. It becomes a prestige issue for the liars which they try to protect at any cost.

Do you remember that cartoon or story you read during your childhood years ago about how lies grow like a snowball? We tell a little bitty lie, but then to cover that lie, we have to tell another one, then another, and another — each gets bigger and bigger. Finally, we’re arguing about the colour of the sky, because to admit anything creates the potential of the entire house of cards tumbling (which we have made over the period of time). If a chronic liar admits to any single lie, they feel like they’re admitting to being a liar, and then you’ll have reason to distrust them.

When we are under pressure, our thinking about the big picture can be severely challenged. Our memory of things is actually quite unreliable: Multiple studies demonstrate that our memories are influenced by many things, and shockingly that they change over time, and that they are essentially reconstructed each time we think about them (Refer to the wonderful movie called ‘Drishyam’). Just try to recall the moments of your road accident, you cannot recall them properly. Every repetition/reconstruction of the event would create something new and different from the previous iteration and I am not at all lying! Do it yourself.

Often, repetitive liars feel so much pressure at the moment that their memory becomes simply unreliable. When they say something, it’s often because they genuinely believe, at that moment, that it is the truth. Their memory has been overwhelmed by stress, current events, and their desire to find a way to make the situation work. Sometimes, this can become so severe that the person almost seems to have created a completely alternate world in their head, one that conforms to their moment-by-moment beliefs and needs. Did it strike a chord?

Believe it or not, we lie, because we want to be true! We might want our lie to be true so badly that our desire and needs again overwhelm our instinct, to tell the truth. Sometimes, liars hope that they can make something come true by saying it over and over, and by believing it as hard as they can. In today’s environment of “alternative facts,” it’s hard not to see this as somewhat justified.

Moral of the Post: We lie to escape unfavourable situations, for our selfish intent of vested interest, to save our skins etc. All of these can be expressed in a concise manner “to influence something or someone including our own selves”. I admit to lying for this reason. Do you also? Please don’t lie about lying! Acceptance (Defect Identification) is the first step for course correction (Defect Rectification).

Now the comments section is all yours to tell the truth! Thank you and Jai Shri Hari…

Featured Image: That famous cartoon in which, the protagonist’s nose elongates each time it tells a lie!