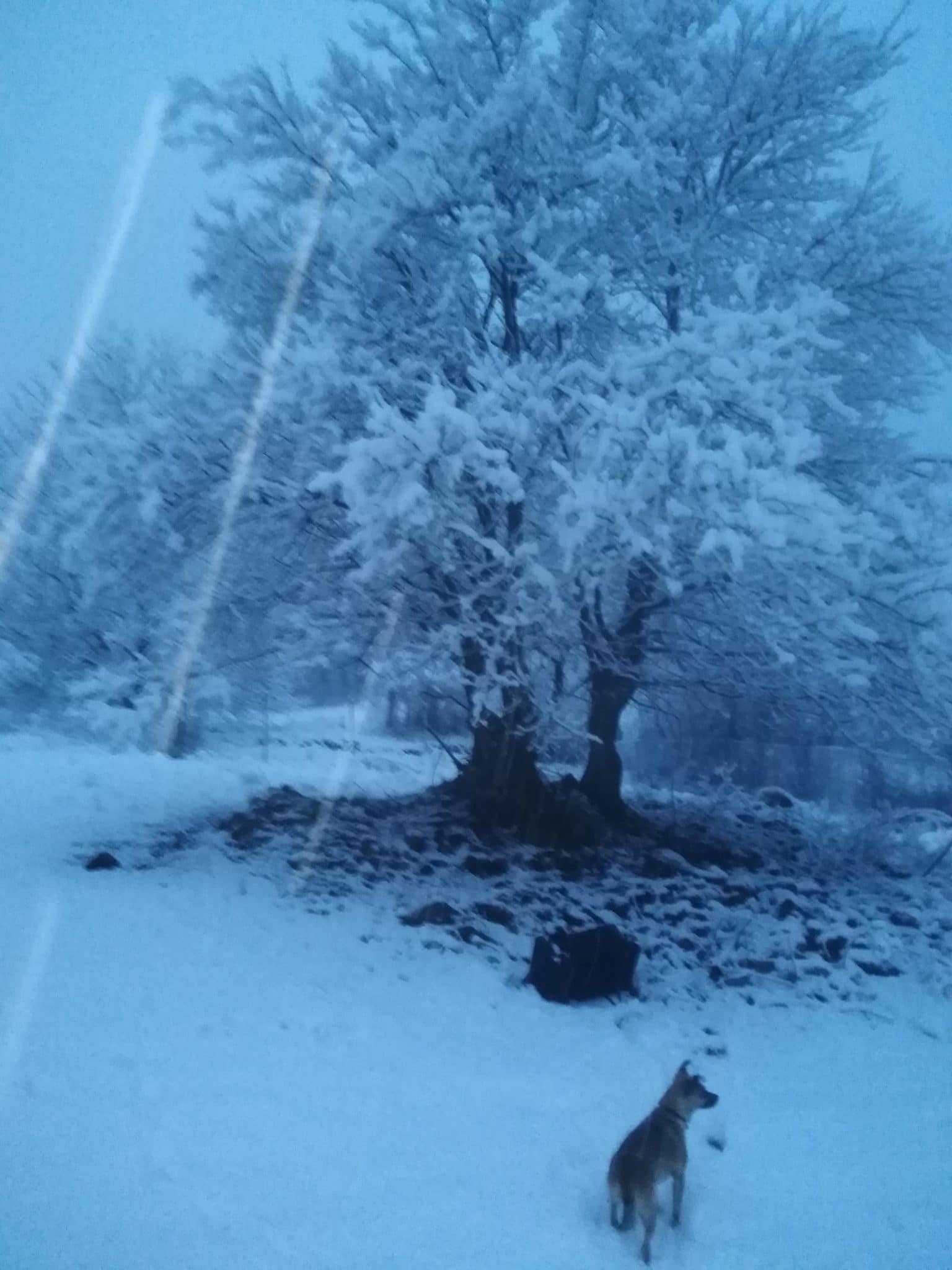 This happened 10 days ago I booked a bus drive from Vienna to Sofia , because my parents have contracted COVID 19. They have said that they are ok and I need not come but I couldn’t bear the tension calling them four times a day trying to see through their words and make a judgment about how scared they are, and how high is the risk of things getting worst. Both of them are over 65 and my father has heart problems.
So there I was with the dog boarding the bus for a 15 hours drive. There are usually two drivers that switch halfway. I always thought it is a kind of a hard job because they drive the whole night through and often a few times a week. The passengers on the other hand are a colorful bunch, in these COVID times even more. You see really good the different social casts in Europe. And much like the french movie” The Intouchables” they don’t have any contact with the other social layers on almost any level. When I was a kid I used to mingle a lot and play with the gypsy kids in my village but from the point that I got to university, our lives took different directions. For me was interesting to be able to interact with them again get to know how are they living and so on.

Here is to say that foreigners from eastern Europe and gypsies, even more, don’t have the best image, they are connected with stealing not high education and a variety of criminal activities, Wich I have to admit in a lot of cases is true although not in all, they are really talented and resourceful and openhearted, but people tend to remember the bad stuff more.

Anyway, the drive was normal and everyone was trying to sleep and relax as well as they can, after 5 or 6 hours we went to the border between Hungary and Serbia and had to go down for a passport check. So there was this line from about 40 battered and sleepy people waiting for their papers to be checked by the border guard. I was last in the line. As I was waiting a man in his  40 came along and started conversing with me. There was a light alcohol smell around him but he didn’t seem drunk. He asked for a lighter to light his cigarette and narrated a story about how he was traveling Abro­­­ad to make a living but somehow, I didn’t understand exactly why he got beaten and thrown out of his ride only with his backpack, which contained a loaf of bread and a bottle of water that his mother prepared for him. After that, he got beaten by the border guards one more time (he looked a bit crushed and bruised, but nothing serious. He started thinking out loud, wondering what can he do without money on a relatively cold night. How would he ever be able to get out of this situation? He said, “I will just sleep on the grass along the road there is no way that the bus driver would take me without money”. From his voice and body language, the message that was coming was that he has accepted his faith, he was not angry at anyone. I thought it must be hard to deal with such circumstances and yet each one of us has his struggles maybe tomorrow I am in such a situation or even harder, who knows if I would accept it with such grace and understanding. I thought it is all in the hands of Jaganmata how it goes further with him. It never occurred to me that I could actually help him. I had enough money in me to pay for his ticket although it would have put me in some trouble. But all I could do is think about how his condition was and feel how much he and I were in Jaganmata’s will.
And this occurred to me only because I was reading the book “Om Swami as we know him”. And there was such a line there, that somehow stayed in my memory.
Strangely enough, the guard officer kept my id and made me wait as he discussed something with the bus driver. As I understood later he wanted him to pick the guy up and drop him on the other side of the border in no man’s land, so he is not their responsibility anymore.
The young gypsy guy started talking with the driver and our extra passenger. Then he came and asked his fellow travelers on the bus if they want to spend each 5 euro or whatever they could so that we can buy the guy a ticket. I eagerly said yes and as all the gypsy people spend some money all the other travelers started also giving money. It felt as if the idea was spreading like a virus. Everyone except one german-speaking traveler gave something and the needed amount got collected pretty soon. But it didn’t stop with that, another man got up went to the man and gave him a bit of money for the trip from Sofia to his hometown. Few women went to him and started enquiring about what happened with him. One of them called and organized a drive for him, from the bus station because apparently, they were going in the same direction. You could see the tears in his eyes and he was saying he never would have expected such a thing.
I felt kind of strange. All that kindness around me made me feel goosebumps all over my body. My eyes would fill with tears from seeing how nice all these people were acting without any self-interest. When we would stop I would tell the boy who collected the money how nice and compassionate his idea was. It felt in a way as if the world around me had changed all of a sudden and everyone had become compassionate and kind. It was as if we arrived in a wonderful new world. Exactly as if you are sent in a knockdown. You miss the punch and then one moment you are standing and the next you are sitting on the floor but you can’t quite remember where did the moment connecting the other two go. As if the chain of consecutive moments got broken. It is beyond my intellectual abilities to do any reasonable analysis about that moment. The fact was that the world switched and I don’t know how it happened. And it was beautiful to the point of making me cry.
All in all, it was disappointing that it didn’t occur to me earlier to do more, but it made me so ecstatic to see how much better it worked. It was so inspiring to see how compassionate actually the world is.

And that made me think about Aleksei Navalny (political prisoner in Russia, who is now dying from a hunger strike ) and his message from prison
” Prison, as we know is only in our heads, and if you think hard it becomes clear, that I am not in a prison, but I am space traveling. Judge for yourself I have a simple, spartan-looking cabin- an iron bed, a table, and a nightstand. There is no time for luxury on a spaceship. The cabin door opens only from the command center. People in uniform come to me, they only say a few routine phrases, a light glows on their chests from a turned-on video camera-these are androids. I don’t cook food- an automatic trolley delivers it directly to my cabin my plates and spoons are made of shiny metal. Just like in a movie about space, the spaceship’s command center communicates with me. That is, literally a voice from the wall through the intercom says: three-zero-two get ready to sanitize. And I say: yeah, okay, in 10 minutes. I’ll just finish my tea. …

Therefore, of course, at this moment I realize that I am space-traveling, flying to a wonderful new world. Could I, a fan of books and films about space, refuse such a flight, even if it lasts for three years? Obviously not. Yes, space travel is dangerous. You can arrive, but there is nothing there. The flight can be much longer due to a navigation error. A random asteroid can destroy the ship and you will die. But help often comes. A friendly signal. A Hyperspace tunnel, snap- and you are already there. Hugging family and friends in a wonderful new world….”

PS: I’d like to thank all the editor’s team for, their time because they kind of have to read everything and for correcting all the mistakes in my posts.


Login with Email
No Account? Create One
When a woman seeks divorce in India
Pain of missing someone