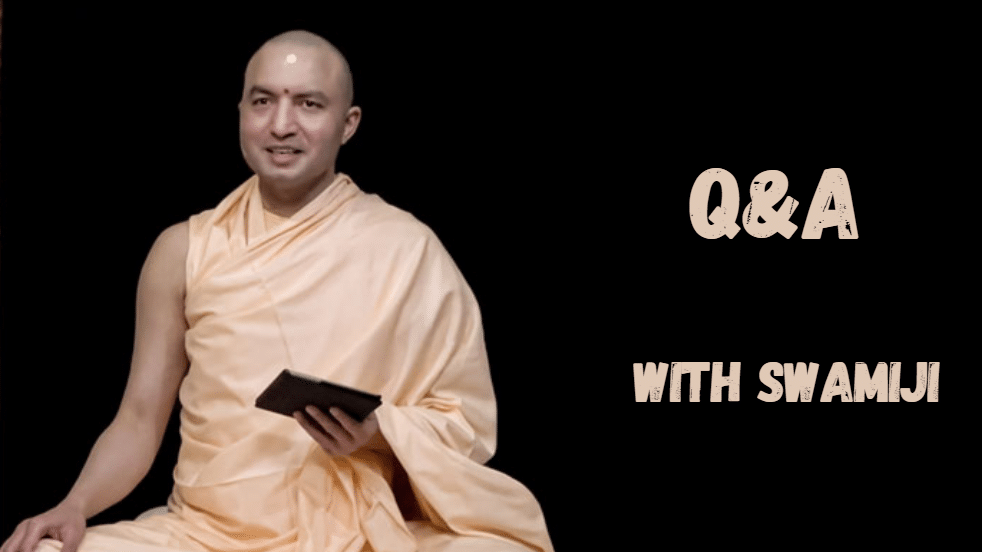 Q. Why does our Karma travel across lifetimes?

Ans. If you commit a crime in Mumbai, and come and start living in an Ashram in Himachal, (Laughter!) and you tell the government that “Hey! That was back in Mumbai! I don’t even remember”. What would they say? Ignorance is not the excuse!

So, I was telling this yesterday, Nature isn’t concerned with one lifetime or many lifetimes! Nature is saying – Here’s a little candy (referring to our soul), you know, that’s going from one place to another, it’s just changing places. Nothing new is actually happening. It’s just one cloth, then another cloth!

O Parth, how can one who knows the soul to be imperishable, eternal, unborn, and immutable kill anyone or cause anyone to kill?

The real essence in you, so called “soul”, never dies. So Krishna says, “Tell me, what is your real dilemma? What is your confusion? Who’s killing and who’s dying? None of that is actually happening! It’s one big illusion!”.

In fact, if Nature did not take Karma across lifetimes, this world would have seized to exist by now! People would’ve destroyed our planet by now. Because remember, when you do it out of complete detachment, you’re not really responsible for what you have done.

If you have accumulated wealth in one bank account, you can simply transfer it to the next. But you can’t transfer what you haven’t accumulated, what you haven’t earned! So, that’s why it travels across lifetimes. And that’s why, you know, we’ve this story in Mahabharata, I narrated it earlier : Yuddhishthira is held by a celestial being, a Yaksha, and Yaksha says, “What do you think is the most fascinating/peculiar thing about this world?”. Yuddhishthira says, “What I find really funny is that, everybody knows they’re going to die. They know that they’ll die one day, but everybody lives as if they’re never going to die! As if they would just escape from what they’re doing!”.

You know, majority of the people, an overwhelming majority of the people, don’t actually go and kill other people! They’re not doing some BIG crimes! They are not doing any other big things, so to speak, that would get you on the front page of a newspaper. But most people, I don’t know why, maybe it’s because it’s too easy, are hurting others on a daily basis! Most people find it so easy to just hurt somebody, hurt somebody’s sentiments, not give a damn, and say “Whatever! Whoever! I don’t care!”. This neglect and this self-centered way of living is actually, that is what creates the greatest burden on one’s conscience, one’s consciousness! Nobody’s doing the big stuff, (rather) it’s the tiny Karma that accumulates over a period of time.

When is Suffering Good for Us?
Satsang With Kids