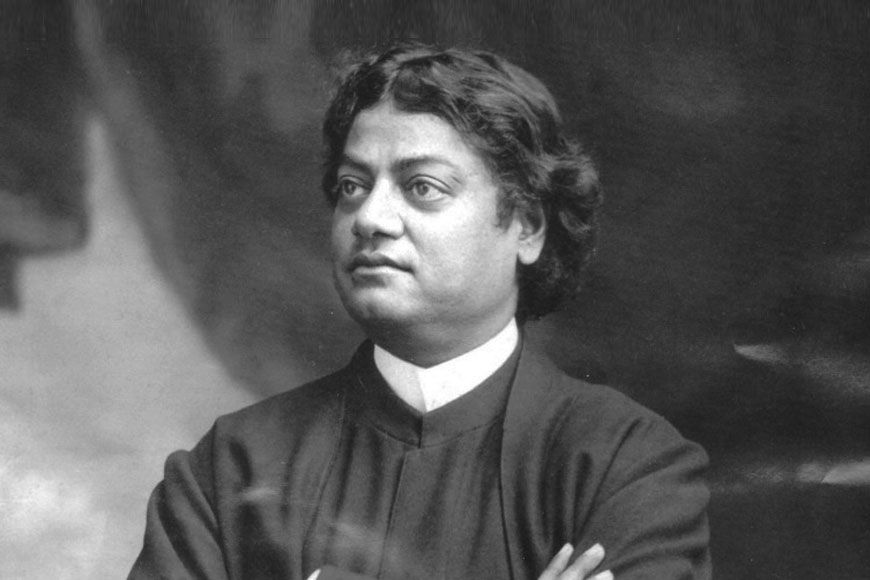 The Monk who smoked

This blog is a sequel from my previous post, which you can read here. https://os.me/short-stories/swami-vivekananda/

I wanted to weave in a few more stories from Swami Vivekananda’s life. Perhaps right now he is very active in my energy space :))and therefore I feel a sense of joy trying to compile these stories together. Our societal expectations from a monk are too strait jacketed, coated with a strange idea of morality. The appeal of Vivekananda is perhaps more so not just because of his lofty spiritual attainment, but the fact that he was also  very human. He really was a product of the Bengal Renaissance. Here was a man who was equally at home with India’s ancient past as he was with the urban society of Calcutta that was a part of India’s changing landscape at that time. This ochre clad monk was in complete comfort in his sanyasins robe as he was comfortable in wearing the attire of a man in NY, when the need arose.

He was so human, that it’s not just his god like nature that attracts but it’s his human side that gives hope to all of us that one day we might also attain Brahman, rather remember who we truly are.

I am going to rewind back a little to Swamiji’s childhood. He was fondly called Biley. And he was naughty boy. Often he would tease his sisters and then run and hide in a drain, because they wouldn’t dare to follow him there. This very Biley  would play with syce, and he would be covered in ashes. He was locked away whenever a sadhu came begging, because he would give too much away. One day a sadhu came begging and he was locked on the highest floor of his house. Of course this did not deter Biley’s charity. No money in sight, no utensils, so he did the next best thing opened the cupboard and found all his mother’s expensive sari’s and threw it to the begging sadhu.

When he was naughty and sometimes in a fit of rage his family would often chant Shiva! Shiva! and put his head under a tap. This would immediately calm him down. Later he himself said “Even now when I feel mischievous that word immediately keeps me straight”.

Another fun fact about this man. He had a magical memory. Probably inherited from his mother. But there is a story where he was glancing through the Britannica Encyclopedia in someone’s house. The person kindly offered Swamiji that he can borrow the set if he liked. To which the Swami replied, there was no need, he had finished reading it. The surprised gentleman laughed and said how was it possible, he had just been gone a few minutes and the book was a few thousand pages. To which Swamiji asked him to test him by asking him the content on any page of his choosing.  When the man turned to random pages and asked questions, Swamiji not only pointed out the content but also which line it was written on.

He was a boy from a privileged background, yet in a wink of an eye after his father’s sudden demise, his family was pushed into penury. There would be days he would not eat just so that his mother and his siblings could have a full meal. Much later before the establishment of the Belur Math, Swamiji and his guru brother’s would spend time in a broken house in Baranagore, where they practiced austerities .The place was so dilapidated that it was infested by snakes and scorpions, and often there was nothing to eat. Here they would survive on whatever they got by begging or just eating bilva leaves. The hardships that he faced and the tremendous hard work he did for the few years of his life led to a lot of his physical ailments . He had a variety of ailments, starting from diabetes, to kidney ailments, chronic isomnia etc. And In a lot of letters when he was in his thirties he talked about how his body was failing him and he had just a few years left thought death didn’t scare him a single bit. “Anyway the body is not everything ….”

But he was also every bit of a gastronomic. At ease in a London Parlour or in a hovel. In CA, his usual breakfast was fruit, poached eggs, two slices of toast, and two cups of coffee with sugar and cream.

And do I need to add his customary smoke.:) There is an incident that finds mention by one of his disciples, Ida Ansell, “Once they brought some pickles in a a little wooden dish. Some of the pickle juice ran out on Swami’s hand. He immediately put his fingers to his mouth and began to lick off the liquid”. This seem undignified and Edith said, “Oh! Swami,” in a shocked tone. “This little outside”, the Swami said, “That’s the trouble with you here, you always want this outside to be so nice”.

He called himself a daredevil. after all who would dare to travel to the other side of the world with just a few pennies in his pocket. When he reached America, he realized he was too early for the Parliament of Religions, and he had no money on him. He slept in a train wagon car with newspapers wrapped around him shielding him from the biting NY cold. The hardships that he faced were so tremendous, that again is a separate story. Yes, a Yogi suffers too.  In fact till the last day of his life , Swamiji was embroiled in a court case to get back his father’s property for his mother. (His family till the very end was always in want of money, and till his demise in many a letters to his friends and disciples he worried for his mother like any son would)

Swamiji had a number of pets, even though he didn’t really live long in the Math. There was in particular, one dog named Bagha. One day he made a mess in front of the shrine. This made some of the other monks put him on boat so that he would be dropped across the river to the other side so that he could not return again. But the boat man couldn’t get Bagha off his boat. Sure enough Bagha was back the next day, and he complained to Swamiji 🙂 naturally Swamiji understood what had happened.

After which no one dared to put Bagha outside the premises of the Math. It is said after the passing of Swamiji ,Bagha refused to take food and water for the day. After Bagha passed away, he was drifted away into the Ganga. Strangely his body kept coming back into the shore of the Math. Finally the monks cremated Bagha in the premise of the Math.

Again, there are many many such stories but I will end it here. Every time I see a picture of Swamiji, I cannot help but grin, and I imagine myself sitting under a tree smoking a cigarette perhaps with a cup of coffee  listening to him speaking about Brahman. Maybe in another lifetime. I hope while you read it, you felt like sharing a cup of coffee with him as well. I am absolutely certain he wouldn’t mind that at all.